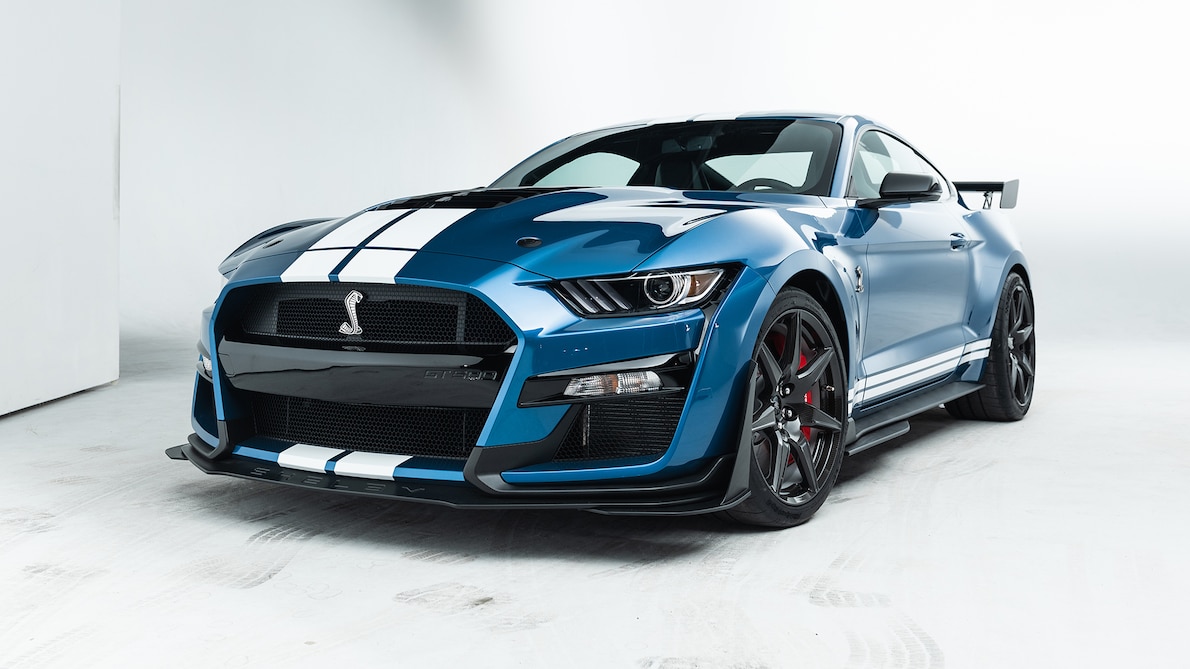 We all like to talk about cars, and the 2019 Detroit Auto Show gave us plenty of fantastic cars to talk about.

The Detroit Auto Show is generally heralded as the beginning of the auto show season, though this may be the last year that it will have this role. That’s because it will be held in June for 2020, and so it won’t be the first auto show of the year anymore.

But the Detroit Auto Show at least put on a heck of a show for its last hurrah. It featured lots of fantastic cars. Most of the chatter, however, centered on these models:

Who can ignore a GT500? Having one in the room is like having a supermodel enter a frat house. In both cases, everyone stops and stares and wishes they have one for themselves. It’s undeniably sexy, and even the name alone commands respect. Why else would the first 2020 GT500 unit sell for $1.1 million at an auction?

Yes, it’s supposed to have more than 700 HP, but that’s not really all that impressive anymore in the supercharged pony niche. But it will likely feature superior tuning for the chassis, brakes, and tires. You also get a giant grill and aero tweaks. All in all, that’s more than enough to compensate for the perceived lack of horsepower. Besides, it looks so darn good!

Dads all over the country may drool over the GT5000, but they probably will end up with the 2020 Explorer. It’s just more practical, and it looks good too. That’s true on the outside and on the inside. The cabin is more spacious, thanks to the 6.3-inch addition to the wheelbase.

This will come with an ST model along with a hybrid (the first from Ford in 6 years). The Explorer will be on the new RWD platform, while AWD will be available. For those who want a bit of excitement for the family vehicle, don’t worry. This will be the fastest SUV in the sub-$60K category. The 3L twin-turbo V6 in the ST model has been enhanced to provide 400 horses and 415 lb-ft of torque. 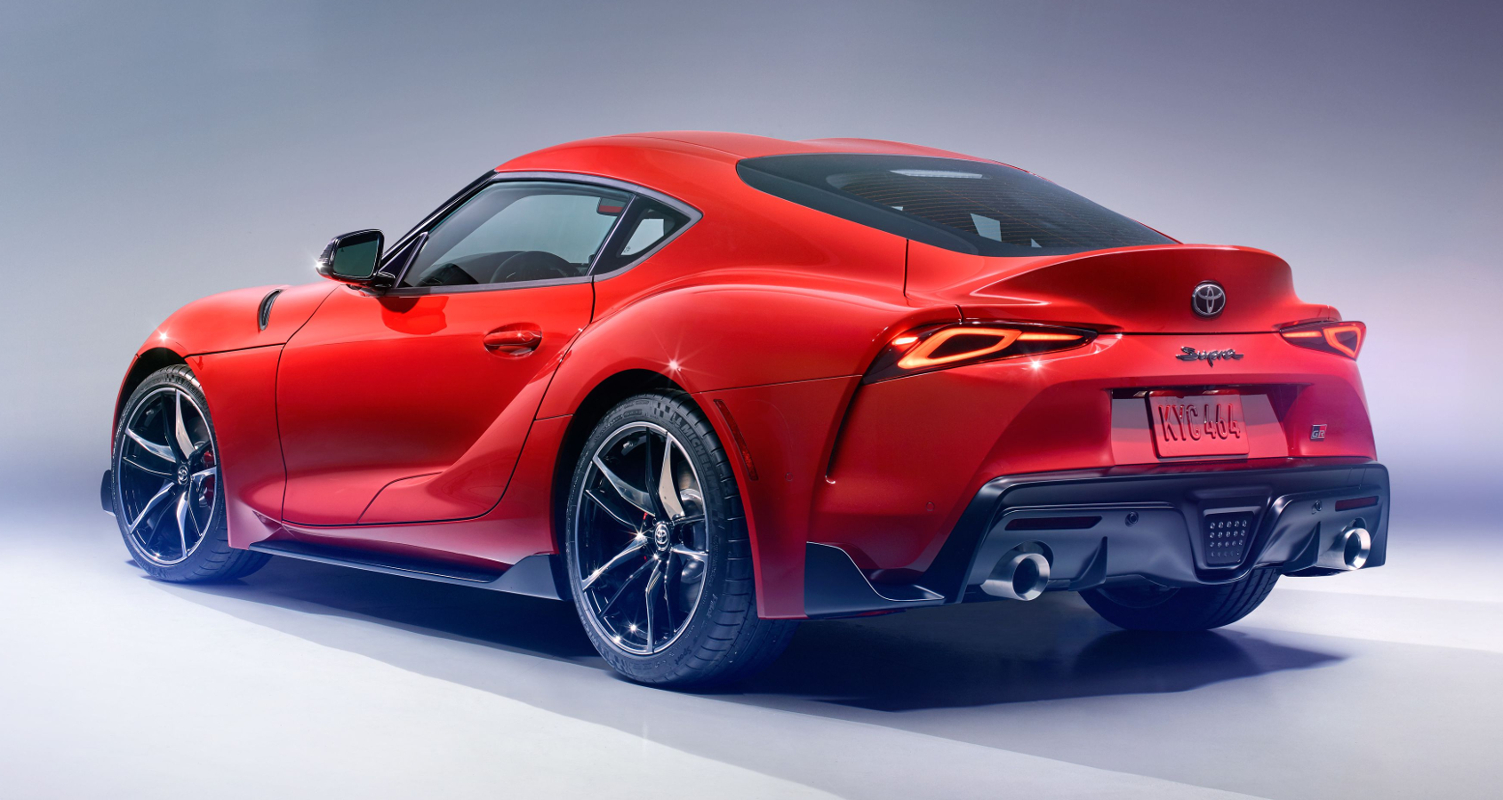 The Supra name is another legendary icon in automotive history, and the 5th-gen made an appearance in Detroit. However, much of the chatter hasn’t been entirely positive. That’s because many were expecting the Supra to deliver new performance heights like the Nissan GT-R did aback in 2007.

But no, the Supra won’t be as revolutionary. Toyota got the 6-cylinder engine from BMW since Toyota doesn’t make straight-6s anymore. The I6 in the BMW Z4 M401 goes from zero to 60 in 4.4 seconds thanks to 382 HP and 369 lb-ft of torque. 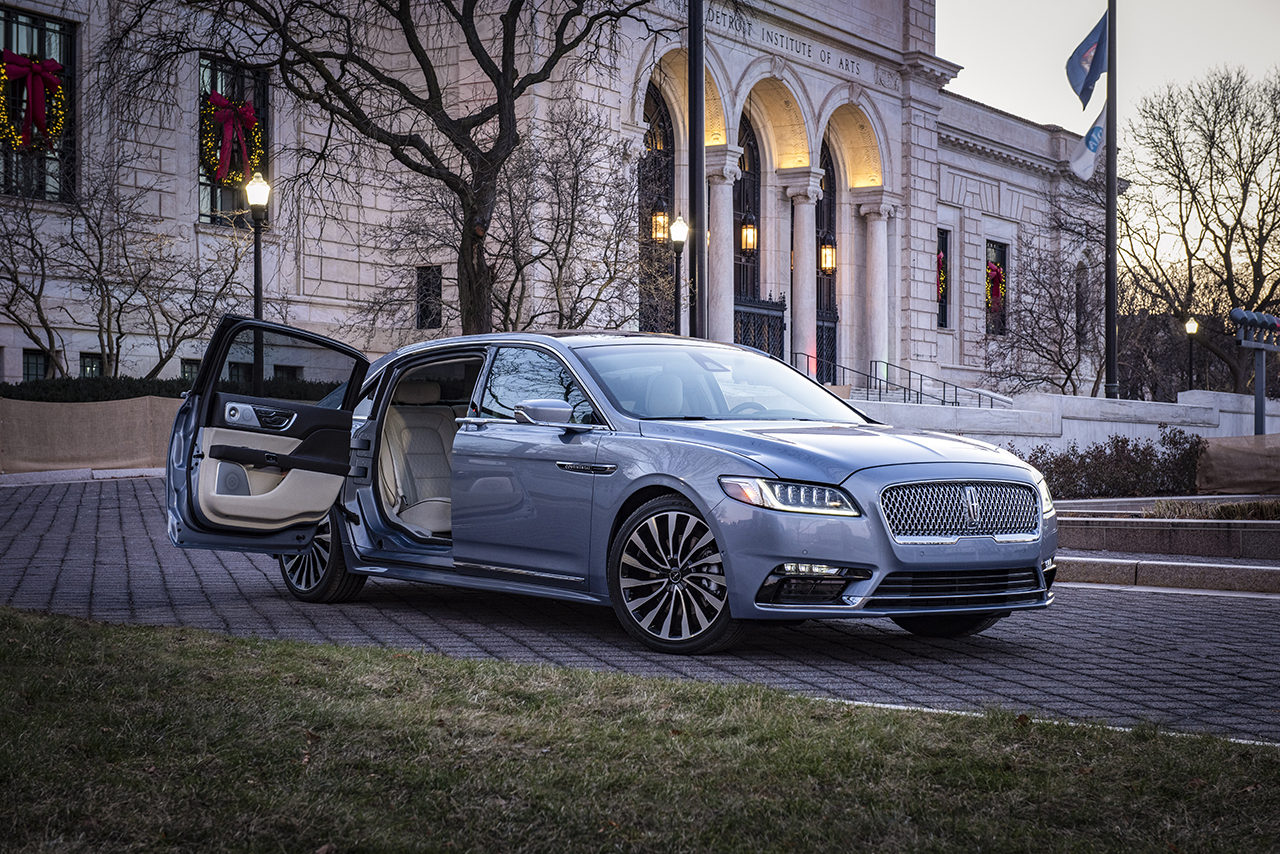 The flagship Continental sedan was quite a star in the show, and obviously it was because of the coach doors. Sure, the rear cabin looks a lot roomier, as 6 inches were added to the wheelbase. But the chauffeured folks were all looking at the coach doors and talking about one question: why don’t all chauffeur-driven cars have coach doors too?

Everyone who loves heavy duty trucks were all heard to mutter the number “1,000”. That’s because that’s the torque you get in lb-ft from the 2019 Ram HD.

This torque number starts a flood of mind-blowing specs. The towing capacity is 35,100 pounds. You have adaptive cruise control that automatically brakes to a stop, and when traffic clears it restarts.

Choose the gas V8, and the payload capacity increases to 7,680 pounds. The touchscreen also measures 12 inches diagonally, as it’s the same touchscreen that you see in the Ram 1500. 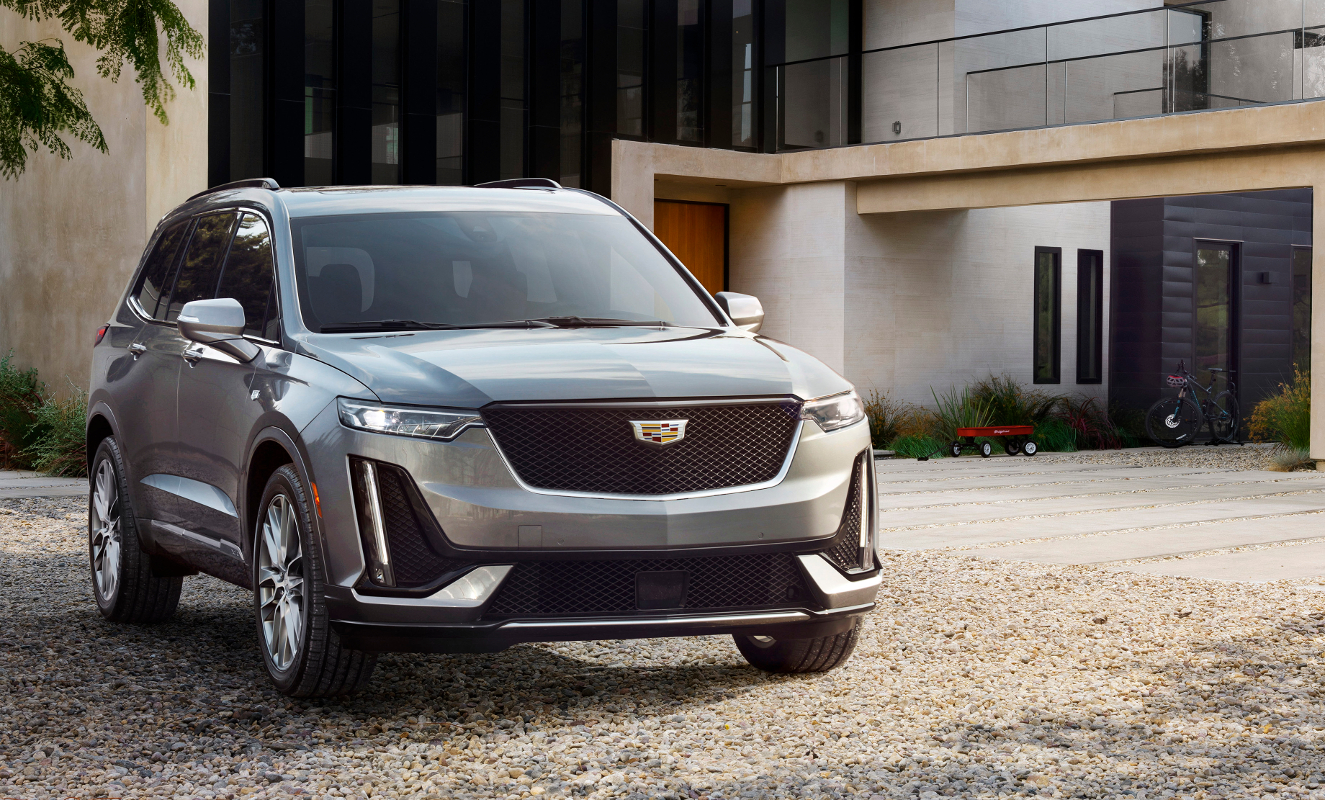 Have you ever met a person, or even a celebrity, who looks much better in person than in pictures? That’s the perfect way to describe the 2020 XT6. When you see pictures online, it doesn’t look all that special. But when you see it in person like the people did in Detroit, it sure got everyone’s attention. This crossover looks fine! 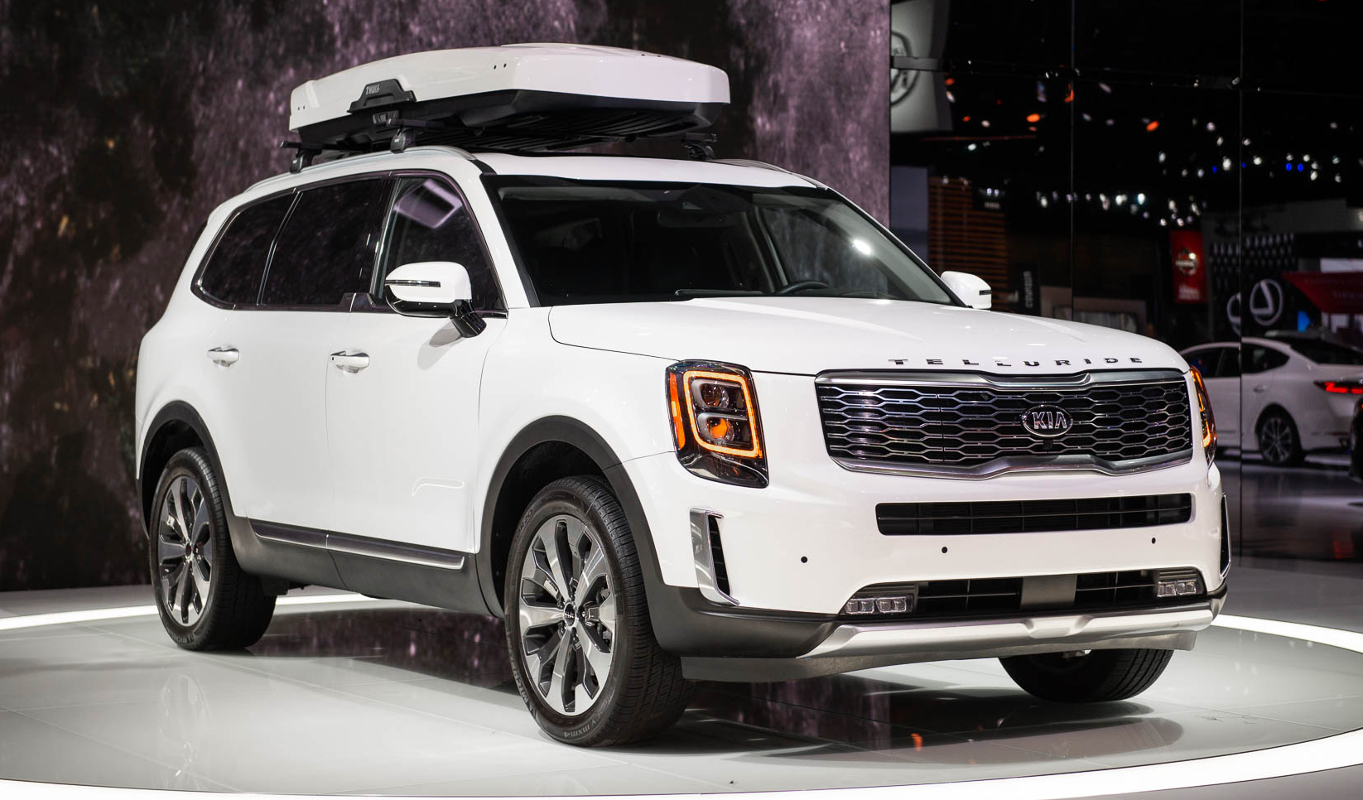 The Kia brand has been making huge strides in the luxury vehicle niche, and the new Telluride reinforces that opulent image. Sure, the look on the outside isn’t all that bad. But get inside and you’ll be wowed with all the luxury amenities. Even folks representing other luxury car brands couldn’t help but be impressed.

What Do We Know about the Tesla Model Y?

The Pros and Cons of the 2019 Mercedes Benz A-Class