Fast SUVs began gaining traction over the recent years. And with each successive model from BMW, it shows improvements in this approach. In the case of the 2020 BMW X3 M, it can be rough and mind-boggling. It is as if you watch BMW impose their will on the laws of physics as the X3 turns on a corner. While inelegant to watch, it does catch your attention.

It has a straight-forward appeal. Although despite its height and driving position, sitting behind the steering wheel of the X3 shows its true capability. With 473-hp packed in this utility vehicle, it is hard to not see that power in action.

It makes use of the same setup found in the M5 super-sedan. In this case, it is the eight-speed automatic transmission and the limited-slip rear differential (which runs on electronic control). Together with the X4 M, the X3 M runs on all-wheel-drive with tremendous results in torque. Its sports performance on track may seem absurd, especially when you have a vehicle meant for utility purposes.

What This M Model Has to Offer

Along with the X3 M40i, BMW added a few things to this M model. It has stiffer springs and multiple chassis braces. As well as retuned bushings and a few more additions to the M’s adaptive dampers. The result is immense control and adjustability. 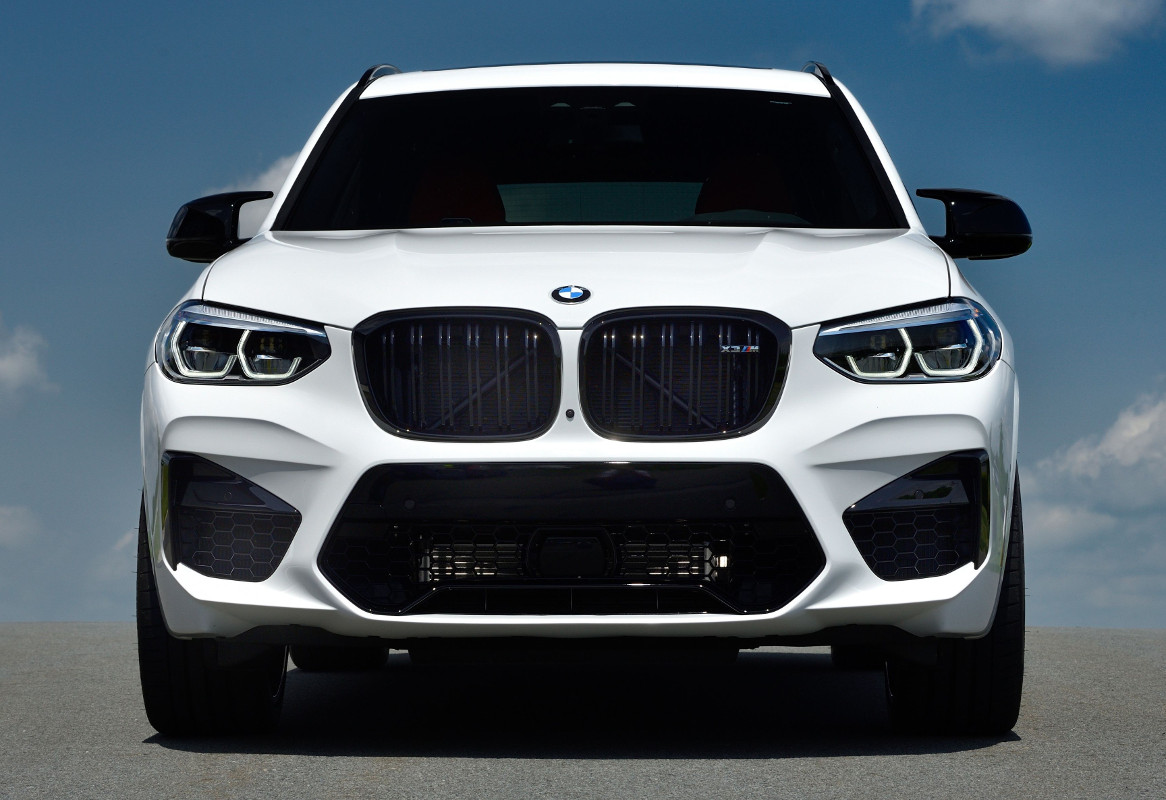 This manifests through the individual settings meant for separate components. Such as the dampers, steering, exhaust, shift calibration, torque split, and so on. The notable downside to this is the lack of presets. Despite this, a decent setup brings out a better response from the X3. Although seeing if owners would use this would be a gamble.

On the bright side, the X3 M has quite a powerhouse of an engine. It has the code name S58. This twin-turbocharged 3.0-liter inline-six stands out as BMW’s most powerful production six-cylinder ever created. It is also one of BMW’s strongest inline-six engines. 90% of its composition uses new parts.

The S58 uses a shorter stroke compared to the B58, the engine found in the X3 M40i and M340i. The reason behind it is to accommodate the higher revs that the engine can bring out. It also improves the engine’s durability during sustained high revs. To achieve the S58’s higher output, it needs a pair of turbochargers to generate the needed airflow.

To go with that is the air-to-liquid intercooling capable of supporting 17.4 psi of peak boost from standard models. It also has five nose-mounted heat exchangers to expel the heat. That means two engine-coolant radiators. Along with two intercooler radiators and an engine oil cooler to evacuate the heat.

The Competition Model X3 M adds 30 hp thanks to the 18.9 psi in boost and the efficient exhaust. They also come with 21-inch wheels, full leather interior, and some minor aesthetic tweaks. Otherwise, the price of this X3 would be at a $70,895 starting price. That is about $3500 lower than the X4 M, being the less-practical counterpart.

When you put the X3 M and the X4 M side by side, they can be mistaken as similar. The appearance might not be the basis for this observation. You would notice this in the performance metrics that these two vehicle models produce. Let us shed light on how that is so.

One of these is the trademark steering wheel usually found in BMWs. The girthy steering wheel allows for easier handling when it comes to making turns around corners. With Michelin Pilot Sport 4S summer tires on, it has quite the grip that helped with its stopping power. It was able to stop from 70 mph in 146 feet.

In terms of speed and acceleration, it was able to go from 0 to 60 mph in 3.3 seconds. It then reached the quarter-mile in 11.6 seconds at a speed of 119 mph. In terms of results, it has the same ones as the X4 M Competition model. In this case, this makes the X3 M one of the quickest SUVs that BMW has brought into production.

There are notable differences as well, although those points are comparably minute. As we mentioned earlier, the price is the one thing that makes it distinct from the X4.

If you plan to purchase a BMW X4 M but you happen to be short on the funds, the closest one you can go for would be the X3 M. After all, they are like two peas in a pod, almost akin to twins in terms of performance and handling. You wouldn’t notice the difference.

At the end of the day, the BMW X3 M is evidence of improvement in BMW’s part. They could make more in the future, with better handling and controls but also having improved practicality that makes it count as an SUV.