What comes into your mind when you hear the brand name “BMW?” You might think of fast cars, like the 2002 tii which basically set the standards for modern sport sedans. Or even the good looks and superb workmanship both inside and outside of BMW vehicles.

But you might have been living under the rock if you have not heard of BMW’s ActiveHybrid Technology. This technology combines a combustion engine and electric motor to boost fuel economy, reduce emissions, while still maintaining the driving dynamics hardcore motorists love about the BMW. Vehicles that are equipped with the BMW ActiveHybrid technology have low fuel consumption compared to those with conventional engines. 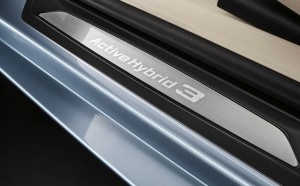 BMW rolled out the technology with its BMW X6, a vehicle that combines the characteristics of a coupe and SUV. And although that vehicle has been pulled out of the market, the German automaker continues to produce ActiveHybrid vehicles.

Let’s take a look at these hybrid cars and what you can expect from them.

The ActiveHybrid 3 is the flagship model of the BMW ActiveHybrid series. It is available as a wagon, sedan, and hatchback. It can accommodate five adults comfortably and comes in two drive train options– all-wheel drive and rear-wheel drive.

The ActiveHybrid 3 is powered by a turbocharged, 3-liter six-cylinder engine coupled with an electric motor and lithium-ion battery. It can produce 335 horsepower, with the electric motor giving an additional power boost for acceleration. When running on electric power, the car can be drive up to 2.5 miles at top speed of 47 miles per hour.

Like what you’d expect from a BMW car, the ActiveHybrid 3 can accelerate to 60 miles per hour in just seconds (5.2 seconds to be exact, according to BMW). Power generated by the engine and electric motor is transferred to the wheels through its eight-speed automatic transmission.

BMW also equipped this car with energy-saving features like a stop start technology. The gas engine can shut down whenever the car is coasting at speeds of 100 miles per hour to save on fuel. And it is environment friendly, able to save nearly 140 grams of carbon emissions for every kilometer.

It is the cheapest of the ActiveHybrid models, with a MSRP of around $51,000.

The BMW ActiveHybrid 5 is the hybrid version of the 5 series sedan. It is powered by a 3 liter, inline 6-cylinder Twin Turbo engine and coupled by an eight-speed shiftable automatic. The Twin Turbo engine is mated with a 55 horsepower electric motor, and both powertrains can produce an impressive 335 horsepower. Fuel economy is rated at 23 mpg for city driving and 30 mpg for highway driving, an improvement by about 8 percent than those of the BMW 535i.

Performance of the ActiveHybrid 5 is what you’d expect from a car with the BMW seal. It’s fast. It can accelerate from zero to 60 miles per hour in 5.7 seconds.

The ActiveHybrid 7 is the most expensive of the three ActiveHybrid vehicles, with a starting price of around $80,000. It has a 3 liter, turbocharged six-cylinder engine paired with an electric motor with lithium-ion battery pack. The gasoline engine and electric motor produce a combined 350 horsepower, with the power sent to the rear wheels through an eight-speed automatic transmission.

This vehicle can accelerate to 60 miles per hour in 5.5 seconds, which is quite remarkable for its class. Fuel economy is at 22 mpg for city driving and 30 for highway driving, or combined rating of 25 miles per gallon. It slightly improves the fuel efficiency ratings of the regular 740i which as a combined estimate of around 22 mpg.

Aside from the good road performance of the ActiveHybrid 7, the sedan is also very fuel efficient. It has an Eco Pro Mode that can reduce fuel consumption by as much as 20 percent.

While BMW’s ActiveHybrid vehicles are impressive in their own right, the fact is the hybrid car market is expanding that there are other auto manufacturers that have more impressive hybrid car models. Cars like the Tesla, Nissan Leaf, Mitsubishi Outlander PHEV, and Chevrolet Volt have been selling more units than these ActiveHybrid vehicles from BMW.

Still, one can argue that the ActiveHybrid sedans are designed for motorists who understand what they can get from BMW cars—outstanding road performance, luxurious interiors, state-of-the-art cabin features, plus good fuel economy and reduced emissions.

How Good are Mitsubishi Vehicles in 2015?