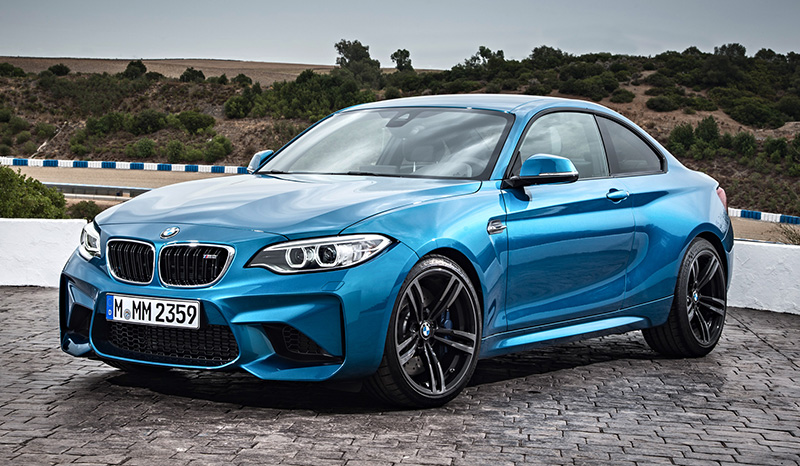 The M3 changed a lot over the years. But there’s a new M2, and is it true it resembles the original more than the current M3 does?

If you’re in any way familiar with the BMW brand, then you’ve heard about the M3. Maybe you’ve even driven one, and if you’re a lucky fellow you’ve owned one (or own one right now). For those who aren’t all that versed with how BMW does things, the M3 is the Hulk version of the already buff BMW 3-series. The BMW 3 is already a heck of a sports sedan, especially when you’re used to driving econo-cars. With the M in M3, you get the muscular high-performance variety.

The Evolution of the M3

Through the years, it’s fairly safe to say that the M3 has earned its place in the sports car pantheon. After all, it’s the most successful grand tourer to participate in racing. In fact, it has won more titles than even the Porsche 911, which is perhaps the most iconic of all sports cars.

But the M3 underwent changes through the years. It all started with the E30 M3. When it first came out, people were simply astonished by its performance, and its looks also merited lustful gazes. It just screamed sportiness, and it went on to be the most beloved car of the 1980s among gearheads. Its 2.3-liter engine offered 197 HP and it was paired with a 5-speed manual transmission along with a limited-slip differential.

It dominated the touring car events from the late 1980s to the early 1990s, and for many it was just about perfect. And what really made it so good was it was a 4-seater with a nice comfy ride for everyday use.

Then came the E36 M3, and it became bigger and heavier—and much more comfortable. These complaints would echo through the years as new versions were introduced, though the succeeding E46 M3 did have quite a few fans. But by the time the F80 M3 came out in 2013, the complaints over the car were bordering on outrage. It just didn’t seem as if the new M3s were very true to the spirit of the original. Yes, they were fast and agile, but they were just too different.

They just got too big. And to add insult to injury, BMW had to resort to blaring out the engine noise over the speakers just to add some excitement to the driving experience.

The Arrival of the M2

Now we fast forward to the present. Now we have the M2, and many are hailing it as the very best of all the current models in the M lineup. That’s not very surprising. The new BMW M3 and M4 received tepid critical reviews, and today’s M5 is no longer at the top of its niche. And in recent years the M badge has graced a continuous parade of SUVs and strange crossovers that have sold well, but have not excited BMW purists.

The M2 just came out now in 2016, and probably just in the nick of time. People, especially the newer generation of car owners, are beginning to forget just what the M is supposed to stand for. It stands for Motorsport, and it seems like BMW has forgotten what “sport” means. What made the M badge famous throughout the world was that it proved that BMW was capable of creating small cars that offered fun rides. And now, that’s finally proven once again with the M2.

In some ways, it doesn’t seem fair to compare the M2 with the original M3. Its 3-liter engine is turbocharged and you still get that annoying engine noise from the speaker.

But if you’re after excitement, then you’ve got it. You get 365 horses from that engine, along with 369 lb-ft of torque. Its performance for a small car is breath-taking, as it will take it only 4.2 seconds to go from standstill to 60mph. And it’s not just fast, but sharp too. Compared to earlier M3s, it’s sharper because of its enhanced rear differential, improved brakes, and modern chassis technology.

But like the original M3, it’s a small coupe that looks much more feral on the outside than the original 2-series it was based on. But inside, it’s comfortable and peaceful, and it’s not too difficult to imagine using it to buy groceries.

Basically, the M2 is a small car that’s fun to drive and yet comfy enough for everyday use. These are the very same words people used when describing the original E30 (and to some extent, the E46) M3. So is the BMW M2 the new M3? In terms of following in the spirit of the original, the answer is yes. You’ll get the same fun with the M2 today as people did with the original M3 more than 30 years ago.

The 2017 Buyer’s Guide for Upcoming Audis

The Concept of the BMW i8 Spyder