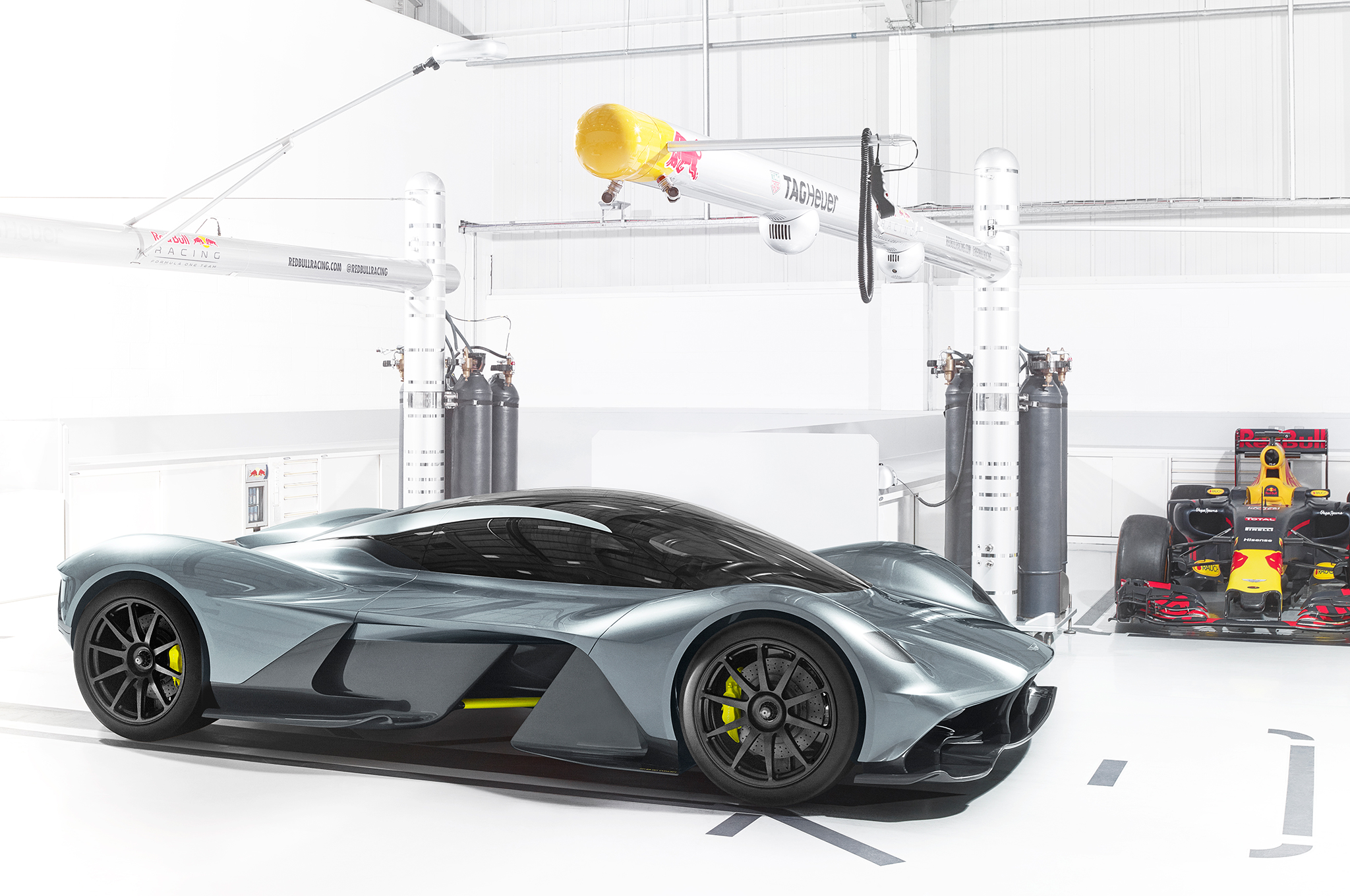 Ladies and gentlemen, let us introduce you to the AM-RB 001. It’s not just a sports car, or even a super car. Its looks and performance are so utterly insane that it’s dubbed as a hypercar. It redefines what you can do with a car on the road, in much the same way that Einstein changed Newtonian physics.

The car is the love child between the Red Bull Racing and British luxury car maker Aston Martin. It’s the result of the efforts of team members who really know what they’re doing, and who aren’t afraid to push the envelope. One of them is Adrian Newey, who is the chief technical officer for Red Bull Racing. Over the last 3 decades, he has won ten F1 constructor’s championships with different teams. He is considered the greatest race engineer in automotive history.

So what do you get with the AM-RB 001? Here are some astounding facts:

There will only be 175 AM-RB 001 units overall. There will be 150 of the street-legal version, and 25 will be track-only. That means there’s very little chance that you will find somebody else having the same car as you do.

In fact, given the futuristic curviness of the AM-RB 001 design, it’s very unlikely that you’ll encounter any car that remotely resembles the AM-RB 001.

The Fastest Street-Legal Car in History

You’ve probably seen various drag races on YouTube as well as the Fast and Furious movies. Those cars are nothing compared to the AM-RB 001. They took about 40 seconds to reach a speed of 120 mph.

With the AM-RB 001, you have a very different story. It only takes 10 seconds to reach 200 mph! Some cars can’t even reach 200 mph, and those who do take an eternity (and a seriously long runway). Stop talking about how fast a Porsche with launch control can be. It just can’t compare.

Downforce refers to aerodynamics and how the shape of the car body can enable the air to push down on the car. Usually, this is achieved through huge wings.

It’s a very crucial part of body design because the downforce greatly affects how your car grips the road. According to the experts, 80% of that grip is generated by the downforce, and only 20% is from the grippiness of the tire rubber.

With the AM-RB 001, the downforce is at an amazing 4,000 pounds. Since the car only weighs 2,200 pounds, you can conceivably drive this car upside down inside a tunnel.

This car isn’t just for straight line racing. No, it’s not a muscle car. This car can seriously give some tremendous lateral acceleration when you’re cornering. How serious? Try 4 Gs. That means that you will feel like the gravity just multiplied by 4. If you weigh 180 pounds, it means that it will feel like you weigh 720 pounds.

To understand just how crazy this is, you should take a look at the McLaren P1. This is also advertised as a hypercar, by the way. They claim that their P1 can achieve as much as 2 Gs of lateral acceleration when cornering. It seems cute in comparison.

Should You Hate It?

The car will arrive for buyers in the 1st quarter of 2019. It will come with an astronomical price tag of $3 million each. That’s a price tag that’s guaranteed to make many people just hate it. Add its insolent futuristic looks and its law-breaking performance, and you just know that the haters will come in in droves, with their online tweets about conspicuous consumption and the 1%.

But should you really hate it, and by extension hate their owners too? Sure, the consumer market for this will most certainly include kleptocrats and criminal kingpins. But so what?

You need a different perspective for the AM-RB 001. This isn’t just a performance car. It’s really a work of art. It’s not the useless equivalent of that stupid blue canvas with the white line either, which sold for almost $44 million. Instead, you need to see this as Van Gogh painting or a Michelangelo sculpture. It’s expensive, but one look at it and you immediately know why it’s expensive.

The good news is that even such an undemocratic price tag doesn’t mean that regular folks can only just watch AM-RB 001 YouTube videos while they dream and drool. The technology in this hypercar will eventually become available for more mainstream cars. So in the near future, we can enjoy AM-RB 001 technology in a car we can afford.

In addition, its speed can finally usher in the kind of autonomous driving that cab take place in ultrafast speeds. You’ve seen the movies where cars go zipping by without crashing, since they’re all automated. With the speed of the AM-RB 001, such visions are now possible.

It’s No Joke: Mercedes-Benz Did Come Up with a Pickup Truck, And You Can Choose between 2 Types