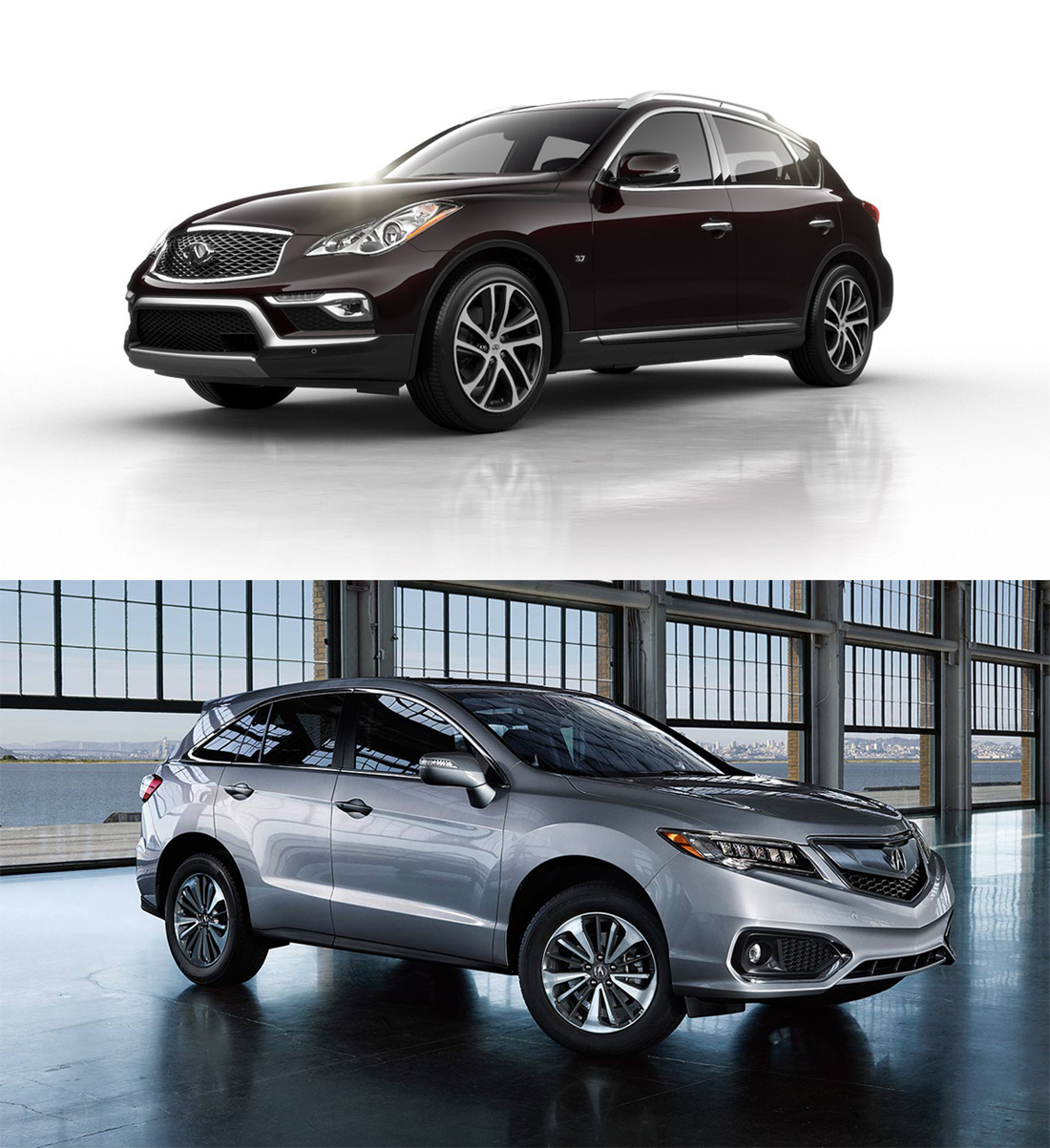 The Infiniti QX50 and the Acura RDX are both premium crossovers. How are they different and which one is better?

For today’s families, sedans may no longer be the best choice of transport. Nowadays, crossovers have come to rule. They offer more space and functionality for more people, and they’re more comfortable and fuel-efficient than SUVs built for rugged terrain. While the Germans do have their own models in the niche, two crossovers from Japan premium brands are creating a buzz in the industry. These are the Infiniti QX50 and the Acura RDX.

In many ways, these two are identical. They’re both premium crossovers that offer safe transport, ample space, and luxury interiors and accessories. You won’t have to worry you’ll be uncomfortable with these rides. Features like automatic climate control, power seats, satellite radio, keyless ignition, and Bluetooth connectivity are available for both. And while they may look different, they both look good.

But if you’re looking to choose between the 2, here are some key differences between the Infiniti QX50 and the Acura RDX:

So with these points, let’s sum them up one at a time:

The Infiniti QX50 is focused more on the driver than most of the SUVs available today. It offers better speed and greater power, and its handling is terrific. It’s a true pleasure to drive.

Previously, this focus on the driver has made it one of the least useful among family transports. But the new 2016 QX50 has made some concessions so that the passengers in the rear can actually have the space to sit in comfortably.

The Acura RDX offers a more comfortable ride for families, with lots of space for even adult passengers in the rear and certainly more cargo space for lots of family equipment. This is great for everyday use and for zooming around the country. It may take you a longer time to get where you’re going, but at least you’re comfy. And you also get to spend less money for gasoline on those trips.

While many car critics do contend that the Infiniti QX50 is the better buy, that’s only true for those who really prefer greater handling and speed for a better driving experience. But the reality is that it may not be the more practical option among the two, as the cramped rear space and limited cargo space may not accommodate the needs of the family.

The Acura doesn’t go as fast and doesn’t handle as well, but for a family transport those aren’t the priorities. You want the people at the back to be comfortable, and you want enough space for all your bags and other stuff at the back. And with the Acura RDX, you don’t want people at the back grumbling about the cramped space, nor will you be muttering curses when you fill up the gas tank.