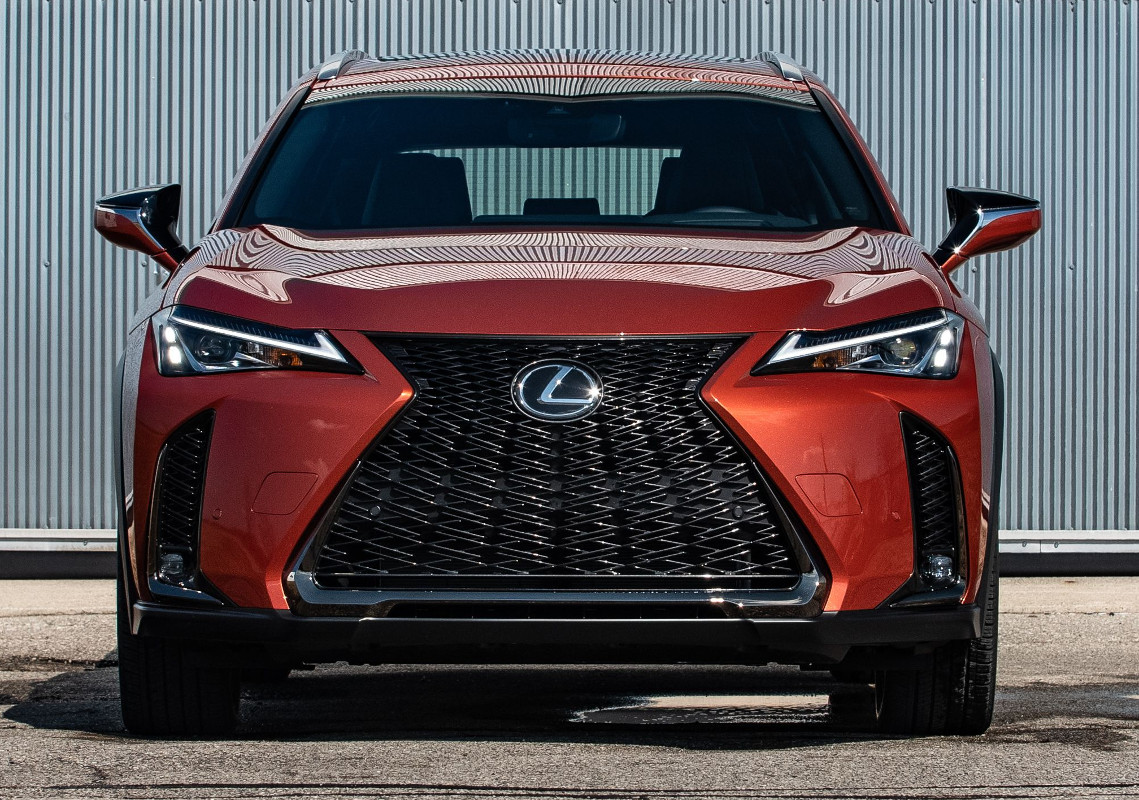 The 2019 Lexus UX is the brand’s entry-level crossover. But is it the “Urban eXplorer” you need?

Lexus is by all accounts a luxury brand. However, it does want to get a good start at riding the crossover bandwagon, and so they’re offering the 2019 Lexus UX as their new entry-level crossover. Its “cute ute” design and features do have a lot going for it, and it won’t be surprising if it appeals to the new generation of crossover buyers.

You should know by now that Lexus is the luxury vehicle division of Toyota. It’s a rather convenient relationship for Lexus, as its UX took its base powertrain from the Corolla hatchback and its underpinnings from the C-HR. You might even say that it’s a rebadged Corolla, though admittedly you can say that about a lot of Lexus cars. But it also has the luxurious features that the basic Toyota cars don’t generally have.

You might call the UX as the younger (and cuter) sibling of the Lexus NX. It’s certainly smaller, as the UX is 5 inches shorter, 1 inch narrower, and also 5 inches lower to the ground. Its size, however, is just about the same as the Mercedes-Benz GLA, BMW X1, and the Audi Q3. 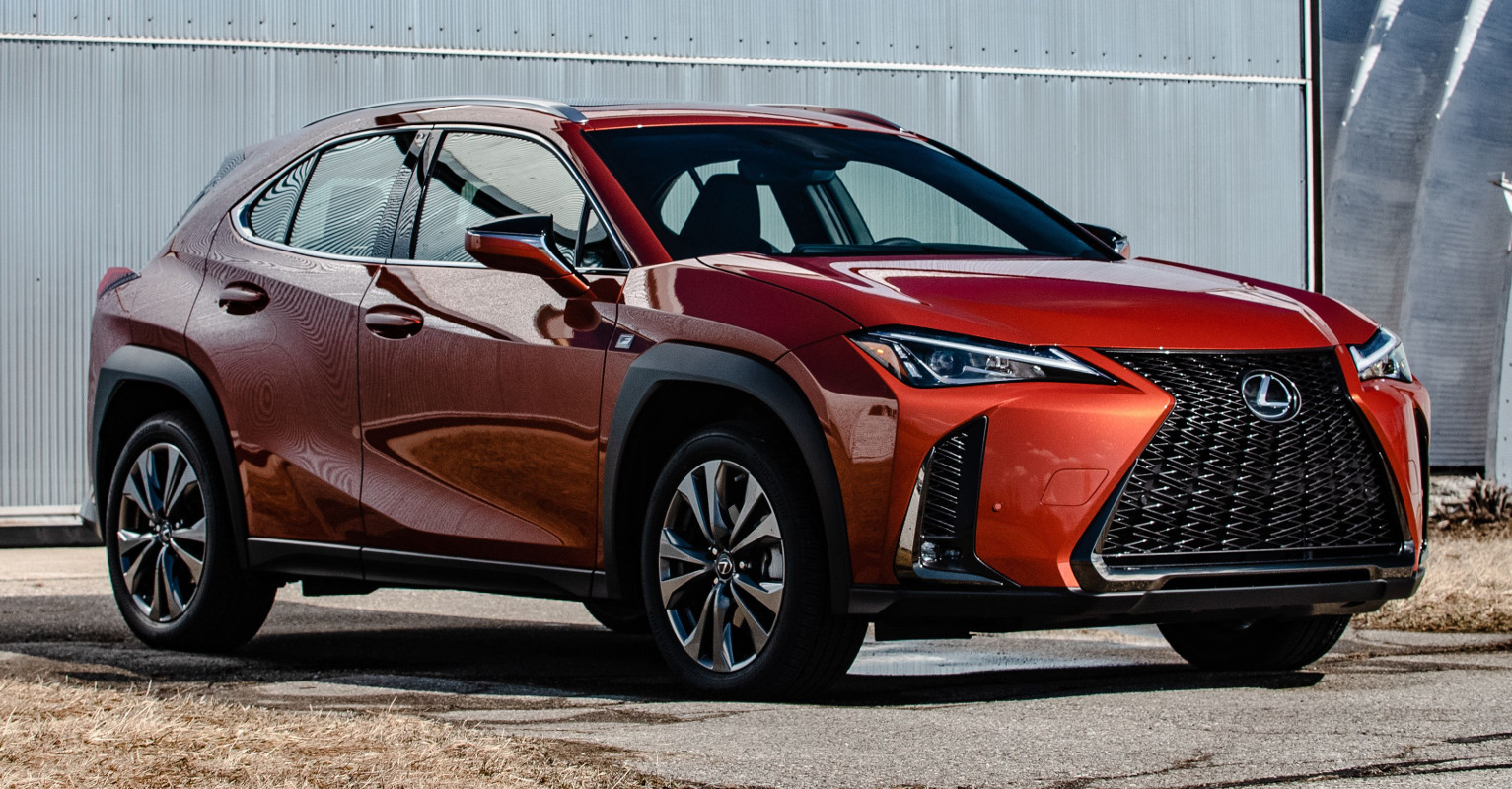 As the UX isn’t all that big, you’ll certainly notice the consequences in the cargo capacity. The problems start with the small hatch opening, and it doesn’t help that the lift-over height is uncomfortably tall. The overall cargo space is downright small with just 22 cubic feet. It’s even worse for the hybrid version with 17 cubic feet.

You may say that this is a problem for the entire class of vehicles, and that’s true. Still, the Volvo XC40 gives you a more tolerable 32 cubic feet of cargo space, and even the BMW X1 can handle 27 cubic feet.

You do have those extra flourishes that Lexus puts in to make sure you don’t mistake it for an ordinary Toyota. The look is different, but then again people don’t always agree on what looks good. Some might not exactly approve of the aesthetics. Still, you have bright color options here that appeal to a somewhat younger demographic. You can go with a 2-tone blue and white interior option, or even an orange and green color combo for the exterior.

Lexus touts the UX as its low-priced offering, as it is priced starting at around $33,000. The NX price in comparison is more than $4,000 higher.

The UX also offers more standard features compared to what you get in the base trims of the Lexus’s German competition. The base trims of Audi, BMW, and Mercedes-Benz are notorious for their stark offerings. Apple CarPlay and lots of active-safety systems are all standard in the UX. Those same features will cost you extra thousands of dollars if you’re going with the BMW x1.

Even when you fill up your UX with plenty of options, the price doesn’t go up to astronomic levels. A fully loaded UX200 (there’s a UX250h hybrid) will set you back less than $41,300. You’d pay almost $10,000 more for a Mercedes-Benz GLA250 with similar options.

Lexus also succeeds in demonstrating its luxury bonafides by doing a great job at presenting the same luxurious vibes in the UX as its pricier siblings. Lexus does well in this regard, compared to the German subcompact SUVs. The interior offers a luxurious vibe even with modest materials. It uses plastic, yet the plastic feels expensive. The faux leather is still soft to the touch. There’s even a notable trim piece on the dash makes you think of delicate Japanese paper. 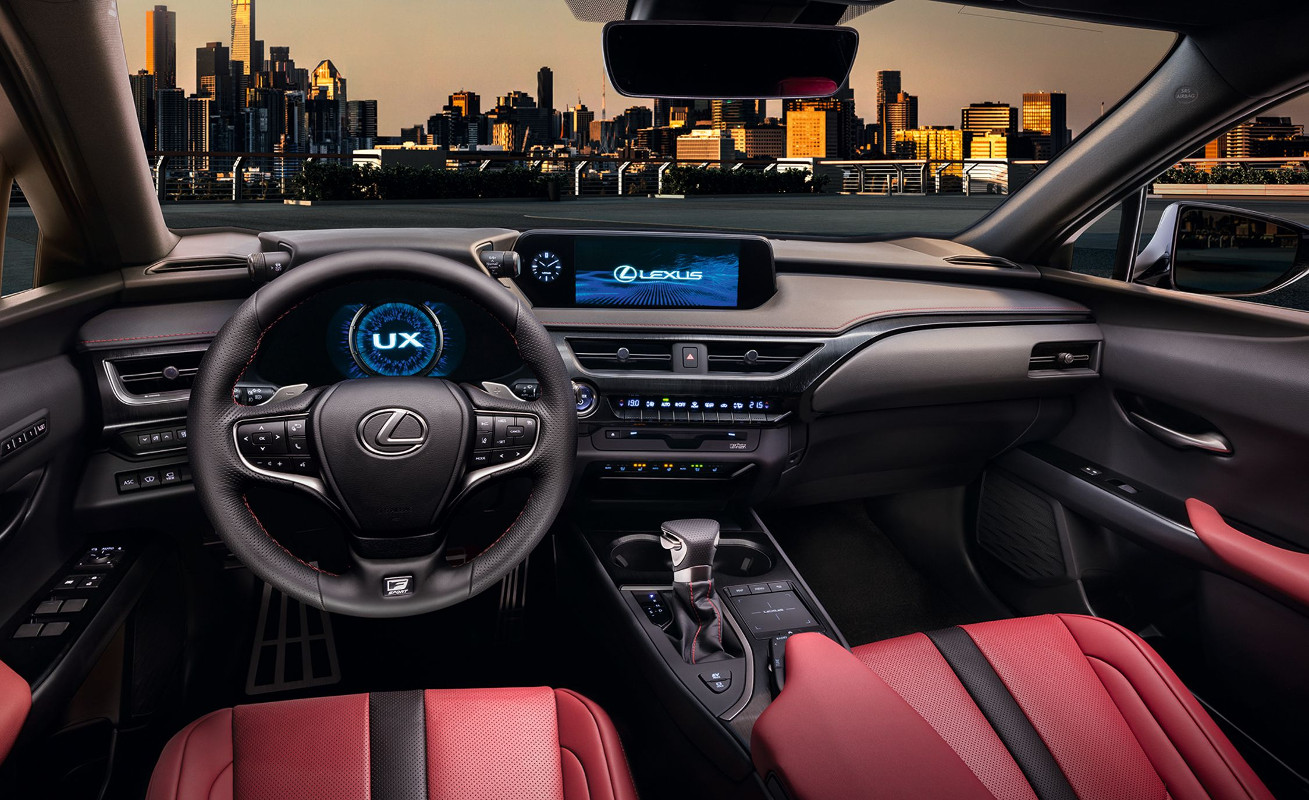 The infotainment is the same system you get from other Lexus cars. That’s not always a good thing, especially with having back that infuriating touchpad. Lexus did move the tuning and volume knobs from the center stack to the center console. They’re now tiny wheels that, supposedly, are easier to adjust without having to move your hand from the armrest.

The feeling of the steering feels progressive, the damping is nicely tuned, and you get a satisfactory sense of subtle refinement when you drive this UX. With the UX200, you get FWD only and the 2L inline-4 engine gives you 169 HP. Though you won’t complain about the performance of the CVT (continuously variable automatic transmission), it’s just not going to compare favorably with the capacity of the Teutonic mini-crossovers with their robust turbocharged 4’s.

You’ll need 8.6 seconds to get to 60 mph from standstill, and that’s certainly not fast at all. Even the Mazda 3 and the Honda Civic are faster. But at least you get a fuel economy of 28 mpg, with 35 mpg when on the highway.

Sure, its looks are debatable. But its driving performance isn’t terrible, and its interiors are comfy and luxurious. The 2019 Lexus UX can make for a convincing case as a premium subcompact SUV, and you can also enjoy its thrifty fuel consumption.