The Honda S2000 and the Nissan 350z are two of the most popular sports cars today, and each is powerful, versatile and attractive in its own right. So which one offers the most value for your money? While both cars have a strong following, you’ll need to come to grips with some basic facts first before you can decide which one is best for you.

The Honda S2000 is a light but powerful car that combines the latest technology with the traditional drop-top 2-seater style. The latest S2000 model is a marked improvement over the previous ones and has helped reduce the sharp edges found in its predecessors. The engine is 10% bigger now due to its 2.2 liter spec, and it comes with a higher, more reliable suspension, and the tires are wider too. There’s also a revamped brake pad that doesn’t just provide a better feel, but complements the new tires. 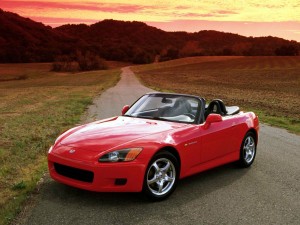 The S2000’s direct link gearbox now has a greater ratio spread, and the brass has been replaced with carbon fiber so shifting has been improved as well. The upper body of the S2000 is stiffer and looks more aggressive, while the revamped interior gives the S2000 a more refined appearance. The cockpit meanwhile, has a cozy feel to it particularly when you use the new radio set. While the S2000 is slightly heavier than its predecessors, its performance isn’t affected, and it actually makes driving easier.

While the S2000 is versatile enough to be driven around as a sports car, it also excels in daily driving. But if you’re looking for speed and comfort, the S2000 certainly won’t disappoint. The car isn’t just easy to handle, but the well-designed suspension makes riding in it very comfortable, and the accessories (stereo, keyless entry, power utilities) make this a good choice.

The S2000 is not the most powerful sports car available today, but its engine is more than a match for other cars in its category. Thanks to the redesigned interior, the car is now roomier than its previous versions, a relief for those who found the previous S2000 models too small. Aside from superior air conditioning, the S2000 has anti lock brakes, leather upholstery, and is available in several different colors.

The 350z is one of Nissan’s bestselling models to date and there are many good reasons for it. The 350z is a couple of hundred pounds heavier than the S2000, but it also has a 50 horsepower edge and the torque is 110 lb-ft more. Even when you look at the power to weight ratios, the 350z will still win over the S2000, something that has been demonstrated in acceleration tests. What this all translates to is you don’t need to rev the 3.5-liter V-6 to 6000 rpm to find acceleration. A lot of attention was clearly placed on the design, and the 350z drives very well regardless of the gear or speed. In addition, the car has a bolt action shifter that works fine with light shifts. 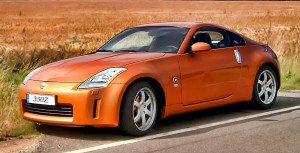 But while the 350z is powerful, there’s a price to be paid: it isn’t as easy to steer as the S2000. That doesn’t mean you have to grip the steering wheel hard to make it follow, but when you’ve driven the S2000 and compare it with the 350z, you’ll immediately notice that the latter is heavier. In short, it is a muscle car with sport tuned suspension, large brakes and forged aluminum wheels.

While it’s not the easiest sports car to handle, the 350z delivers a lot of power and speed, and it has a supportive sport driver’s seat that’s as comfortable as the one on the S2000. As far as driving around town is concerned, the 350z will do fine, although the easier handling S2000 may be preferred by others. The 350z also has a sizeable bay which despite the presence of a strut tower brace, doesn’t affect the amount of luggage you can put in it.

As the facts show, both the S2000 and the 350z have a lot going for them, although overall the 350z has the edge in vital areas like power and speed. On the other hand, the S2000 is more responsive and requires less effort. With regards to ergonomics, the S2000 also has the slight edge. Both cars are complete in terms of instrumentation, but the S2000 design is more attractive and they’re easier to read.

However you need to do some research before deciding, as you need to consider the make, model, the fuel consumption as well as what you’re going to use the car for. Only when you have answered these questions can you determine which of the two is really best for you. Also keep in mind that these cars, because they’re very popular, are updated on a regular basis, so check with your dealer to find the latest editions available so you can make the proper comparison.