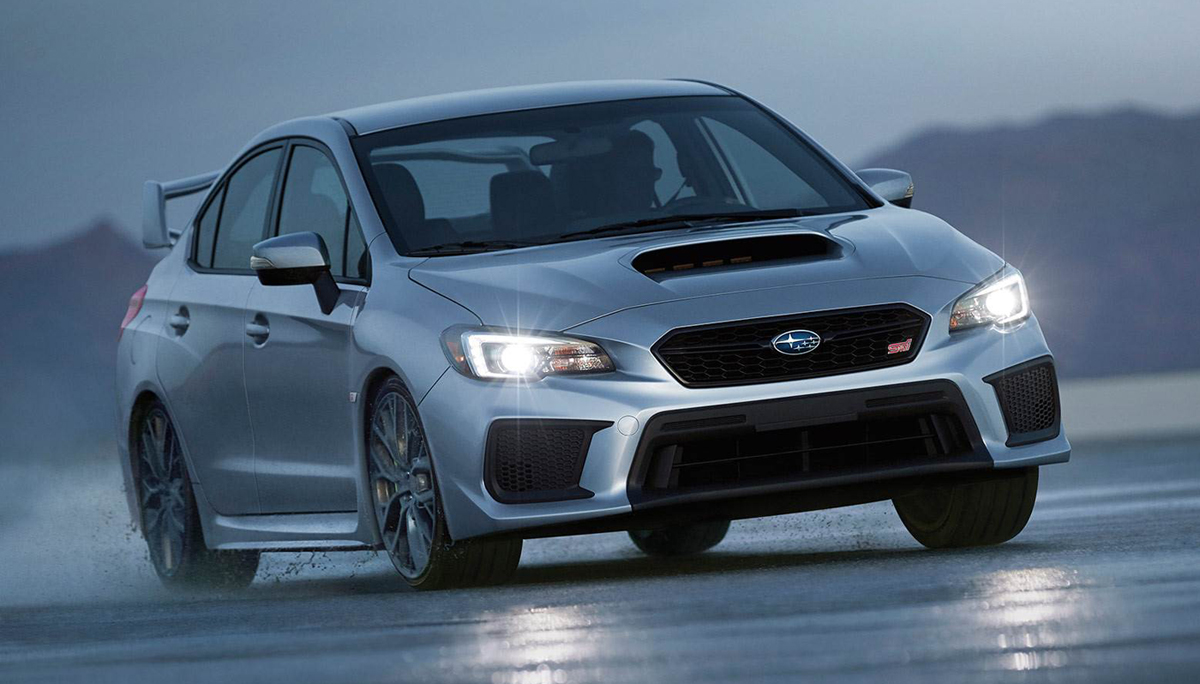 Despite the sad exit of the vaunted Mitsubishi Evolution, you still have a lot of choices when it comes to finding an affordable yet fast, nimble, and fun-to-drive car. There’s the Subaru WRX, the Ford Focus RS, the Volkswagen Golf R, and the FWD Honda Civic Type R. Of course, let’s not forget the WRX’s meaner brother: the Subaru STI. It’s now the 2018 version, and it’s no longer called the WRX STI. Still, not much has changed for the STI over the years.

Sure, Subaru keeps making tweaks and improvements for the STI. This is an all-wheel drive 4-door sedan with a 2.5L turbo DOHC -valve flat-4 engine with a 6-speed manual transmission. You get 305 horses along with 290 lb-ft of torque.

It will go from 0 to 60 mph in just 5.7 seconds. It’ll need 14.1 seconds for the quarter mile reaching 98.5 mph. Stopping from 60 mph to a dead stop takes 109 feet. Its fuel efficiency isn’t really impressive, but then it’s an STI. You just need to accept its combined fuel economy of 19 mpg.

So what’s the deal with the 2018 Subaru STI? Here are some observations about this car that you may make when you drive it:

·         It sounds great, as its boxer engine has this famed growl that’s noticeably missing in its WRX sibling.

·         The tweaks for the 2018 model include a retuned suspension and new Brembo brakes. The electronic center differential is new as well, and so are the 19-inch wheels. The AWD system has been revised. Even the front end has been redesigned, though the changes are somewhat subtle.

·         Try this out on a track along with its competition, and you’ll discover to your chagrin that even the 2016 Ford Focus RS and the front wheel drive Honda Civic Type R are actually faster. The STI is also only a bit faster than the WRX and the 2016 Volkswagen Golf R.

·         The new brakes perform very well, and it has a great feel. You even get a distinct yellow-green color on the calipers.

·         You do still get problems in launching the STI, so acceleration is problematic. To get the best results, you have to get the differential settings just right. You have to reach the required high revs. You even need 3 gears to get to 60 mph since 2nd gear gets you short at 57 mph. Getting through 3 gears quickly can be a tough challenge, as the clutch tends to be vague until at some point it becomes grabby all of a sudden. In straight line launches, the STI is also slower than the Civic Type R and the Focus RS.

·         On the streets, you do get a better driving experience with the STI. It’s true that it has an even greater turbo lag compared to a WRX. That can be a mite irritating when you’re in heavy traffic conditions. But it’s great when you have open roads waiting for you to unleash your 2.5L engine.

·         The STI also boasts of a terrific grip from the all-wheel drive system. Put the gas pedal down more quickly than normal, and it’s great when you’re coming out of a turn. You can really go like a bat out of hell.

·         With such high-g maneuvers like those, however, you really should get the optional Recaro seats. With the standard seats, you may be flung all over the interior.

·         We’ve already mentioned how heavy the clutch can be. As you can imagine, in heavy traffic it’s rather annoying to deal with. Even on the highway the clutch can still be a bit stiff, but then there’s not really not much difference with the stiffness of the WRX clutch.

·         The new 2018 model also enjoys upgrades such as new door seals and thicker door glass. It even comes with a new foam-filled windshield header beam. Yet despite these improvements, you will still definitely notice the cabin noise.

·         You’ll find it much easier to see your boost gauge. That’s because the previous 4.3-inch size of the multifunction display has been enlarged to 5.9 inches.

Right now, only Subaru fanatics will go for this over the much better options such as the Ford Focus RX or even the Honda Civic Type R. Even those Subaru fans may want to go with the WRX instead, as it’s almost as fun to drive yet it’s much more affordable.

The 2018 Subaru STI is the same old car with just a few tweaks. It feels a bit dated, to be frank, compared to its contemporaries. It’s still fun to drive, but you have to admit that many of its competition offers a lot more thrills. It’s probably time for the STI to step up to the next-gen level, so that it can offer more than the same old things.

The New 2018 Jeep Wrangler Is Better Than Ever