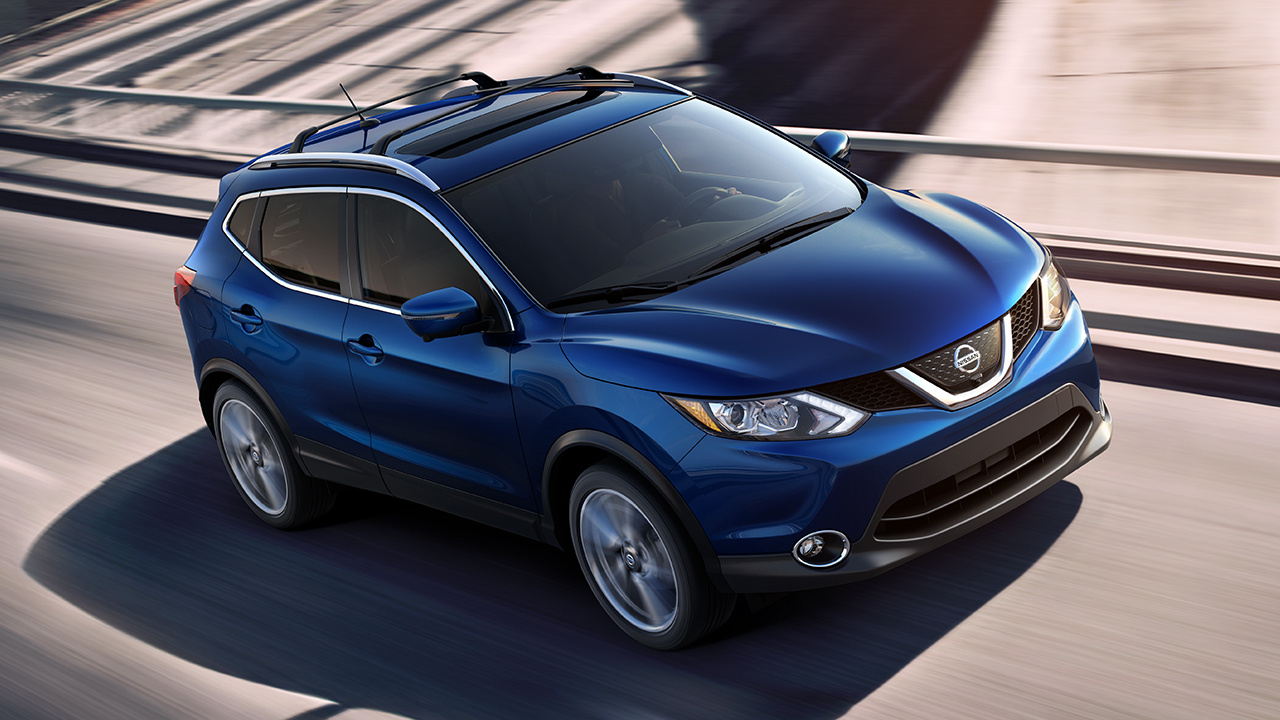 The space, comfort and luxury of a large crossover in a compact version.

If the audacious design of its compact crossover cousins fails to impress you, then the Rogue Sport’s developed look and interiors will not leave any stone unturned to create a striking impression. Its exteriors might not be extroverted but they are handsome enough to appeal to you with its exuberant, spacious and well-furnished interior, expressly at the front seats, that can compel you to think you’re riding in a grander, more expensive vehicle.

Loaded with amazing driving dynamics that are focused more on comfort than excitement, the Rogue Sport offers a smooth riding experience, an excellent cargo-hauling capability and above-average fuel economy. What makes it a perfect family car is the host of active safety features coupled with a rear-seat space for a child. No matter if you are a newly appointed parent looking for a kid-friendly crossover or an SUV-enthusiast planning to slim down from a larger SUV without compromising much on the utility, the Rogue Sport makes the best choice in the market.

The new upgrades vary from one market to the other. The Rogue Sport paves its way into the North American market as brand-new model from Nissan whereas the vehicle that derives its foundation from it has been on sale in global markets as the Qashqai for almost 3 years now.

It earns its Sport autograph not because of it’s outclass driving capabilities—but for its standing in the Nissan lineup just below the larger Rogue.

If the Rogue Sport sought its name after its performance, we would rather call it the Rogue Relaxed. Although Energetic around town, the car is quick to run out of breath when one asks for acceleration down the highway, and leads us to infer that it is slightly low on towing.

The car takes 10 seconds to sprint from 0 to 60 mph. The 2.0-liter four-cylinder resting beneath the Rogue Sport’s hood only gather strength to generate 141 horsepower which is complimented by the continuously variable automatic transmission (CVT). The CVT empowers the engine to climb up to reach higher rpm even at the least nudge of the throttle and helps hold it there as the car accelerates.

The Rogue Sport might be a junior crossover but its ride quality is refined and mature as its bigger counterpart. The suspension is quick to rebound, the minor bumps are swallowed without disturbance; although harsher ones could be felt, but this car exhibits top-notch maturity to handle them gently.

Apart from the smooth ride quality, the Rogue sport offers a competent handling but only just sporty, whereas the steering is surprisingly light with barely any on-center feel. Nevertheless, it is important to note that the light handling makes the car particularly easy to maneuver at low speeds, such as a driveway or a parking lot.

Whatever the Rogue sports fall short in acceleration, it compromises for with a great fuel economy. Inopportunely, so does its rivals, even the ones that are quick as a flash like the Kia Soul Exclaim. But our real-world testing suggests the Rogue Sport stands tall as the only crossover in this segment that surpassed its EPA-estimated highway fuel efficiency.

The rogue sport does well to showcase all the basic infotainment gadgets. It is enriched with the goodness of a 5.0-inch color display that caters to a clear readout for the audio system whereas the auxiliary input and Bluetooth, and USB ports are all standard.

The top-model (SL) caters 2.0 inch of extra infotainment luxury by featuring a 7.0-inch touchscreen system, which could also be loaded on the SV for $1500. The infotainment system makes use of easy and uncomplicated software, whose menu structure doesn’t adhere to the traditional infotainment standards. For instance, rather than employing a home menu on the touchscreen which assists the users in making specific choices, they navigate from menu to menu through devoted hard buttons that flow on each side of the screen. It might take a while to get used to at first, but the system eventually becomes quite easy to make use of while driving.