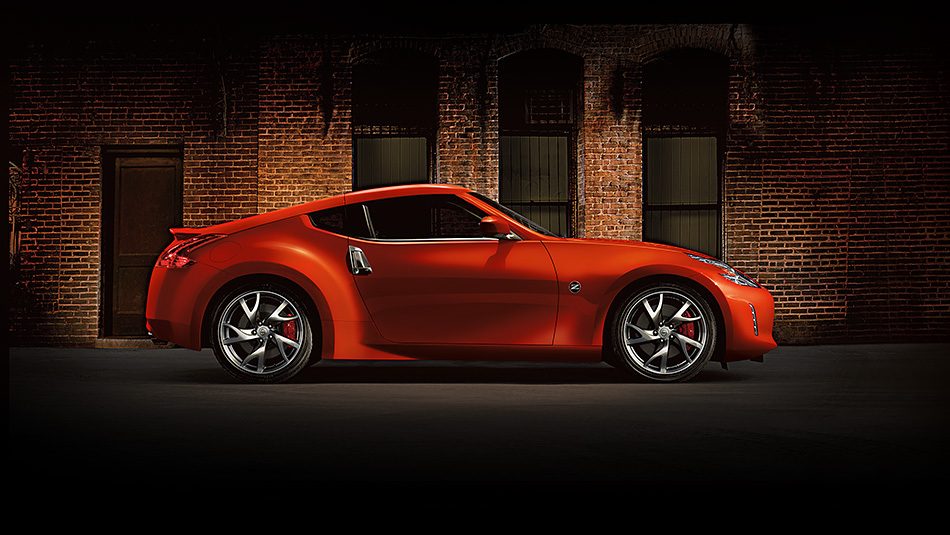 The Nissan 370Z, called the Fairlady Z Z34 in Japan, is a sports car available in 2-door roadster and 3-door coupe styles. The car was unveiled to the public in an event in 2008 prior to the Greater LA Auto Show, and it became a huge hit. The 370Z is the 6th generation in the Nissan Z line and is the successor to the 350Z.

The 2014 370Z is a rear-wheel drive that combines agility with fine handling. The coupe is available in two unique trims and as stated earlier you have the option to go with the roadster model. Whichever you choose, you get a 370Z powered by a 3.7-liter V6 aluminum engine, and its six cylinder engine is capable of producing 332 hp and a torque up to 270 lb-ft. This is achieved using a traditional 6-speed manual transmission or a 7-speed automatic (optional). The 2014 370Z driveshaft is carbon composite and hooks up to the rear axle transmission, and if you drive the 2014 370Z conservatively, the car returns 26 mpg at the highway and 19 mpg in the city when going manual. If you’re using the 7-speed automatic, it’s 27 mpg on the highway and 19 mpg when driving through the city. 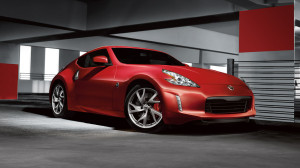 The high intensity discharge (HID) headlights gives the 370Z a striking appearance, and the daytime LED running lights help give it an aggressive look. On the rear, the wide fenders also contribute to the aggressive style, and dual exhaust tips and an air diffuser mounted on the bumper completes the rugged style. The body is made from reinforced steel, while the hatch, hood and the doors are built from aluminum so the car doesn’t get too heavy. The Z’s weight distribution is 54/46, and with the manual transmission the coupe weighs in at 3,488 lbs.

The 370Z provides a unique cockpit with enough space for two passengers, and the panel of instruments includes a customizable thin-film transistor (TFT) screen and a couple of analog gauges. The Z also has three extra gauges set on the middle stack, a nice design that’s reminiscent of the 1970s Datsun 240Z. However, this feature isn’t just for nostalgia, as it also provides you with plenty of useful information about what’s happening in the engine bay.

The Z has also made improvements in the connectivity area, because now some of the models can be equipped with a hard disk based navigation system that will be managed by a 7” touchscreen set in the center of a dashboard. The navigation system also has Bluetooth audio streaming support plus you get voice connectivity as well. However, the base Z models only have a CD and AM/FM player.

The Z comes in Touring and base trim. The base coupe trim includes upholstered bucket seats, a vehicle security system, automatic headlights, heated mirrors, and a storage box at the rear of the passenger seat, door locks and power windows. The base coupe also has a leather upholstered steering wheel, keyless start and entry, an auxiliary jack and a CD player that can be used with up to four speakers.

The Touring trim on the other hand, has extra features such as a cover for the rear cargo, aluminum-trimmed pedals, a rearview mirror with auto-dimming and a SiriusXM satellite radio. In addition, the Touring trim has a six-CD Bose audio system that can play mp3s and can be joined to half a dozen speakers. Also, the Touring trim has Bluetooth connectivity, adjustable seats, HomeLink and leather upholstery.

Optional Features of the 370Z

The Nissan 370Z also has a number of optional features, and they’re available in the Sport and Navigation Packages. The Sports package includes several Euro-tuned shock absorbers, a trunk-mounted spoiler, front lip spoiler, enhanced brakes, and 19-inch forged aluminum wheels set on tires. If you order the six-speed manual, the Sports package will include a function that corresponds automatically with the revs when you downshift.

The Navigation bundle is only available with the Touring trim, and it includes a rearview camera, Bluetooth audio streaming, and a navigation system that you can control with a voice recognition application or touchscreen control. In addition to these packages, you can also get a host of other accessories including seat belt extenders, wheel locks, anti-theft bolts, mud flaps and floor mats.

Regardless of the Z model you choose, they are all equipped with state of the art safety features including a tire-pressure monitoring system, stability control systems, side curtain and dual front airbags.

Since the Z models came out, they have been upgraded on a regular basis, so that the 2013 Fairlady Z Nismo now has a new front bumper, special rear spoilers and four extension colors, Vibrant Red, Diamond Black, Brilliant Silver and Brilliant White Pearl. In addition, the 2013 models have special combo seats with authentic suede-like fabric and leather.

Everything Buyers Should Know About the BMW M3 Sedan

All About the Scion FR-S