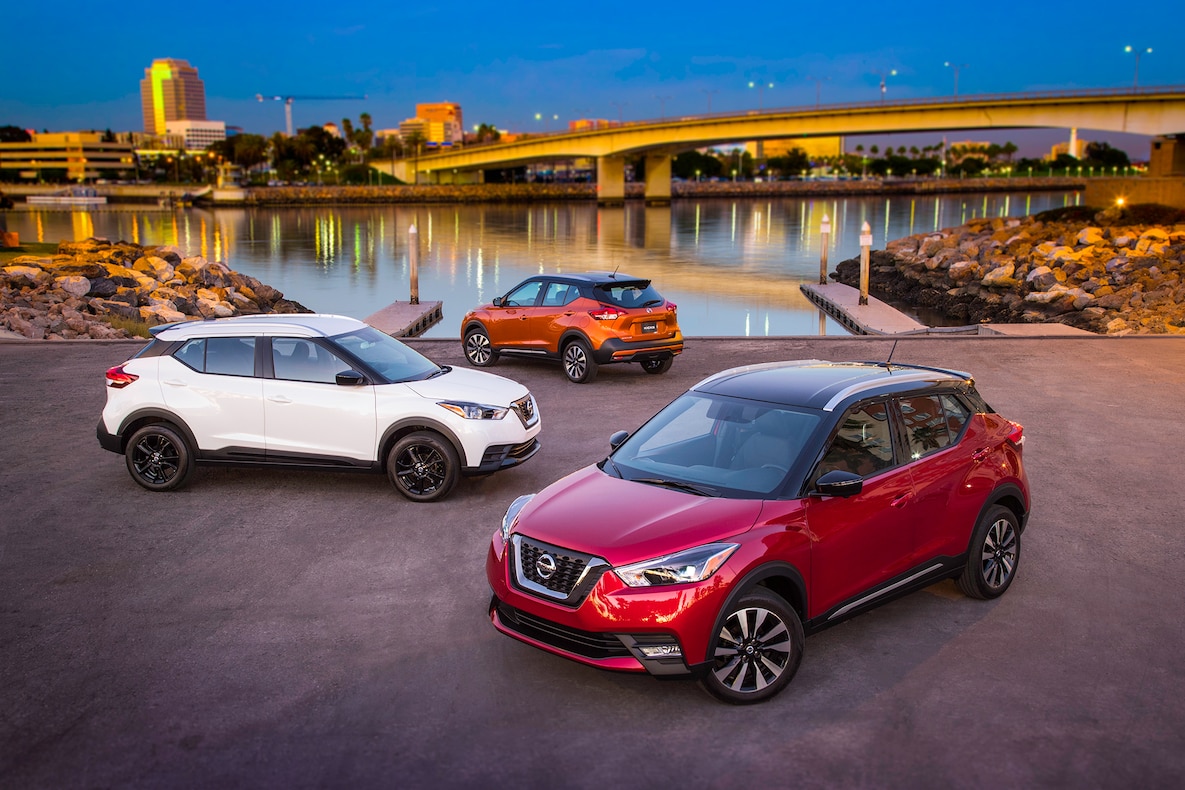 The discontinued Juke left Nissan with a very conspicuous gap in its model lineup. So in 2018, they introduced their new compact crossover as they launched the Nissan Kicks (yes, it’s plural). This time, Nissan seems to focus on more offering no-nonsense value to go along with its very attractive starting price of under $20,000.

Judging from what you see with the engine specs, this isn’t for racers. This is a car for those who just want to travel in a comfortable and relaxed manner while braving the city streets.

It will take you a slow 9.7 seconds to get from zero to 60 mph, and its quarter-mile time is a lackadaisical 17.5 seconds. You’ll get faster results with its competitors, like the Chevy Trax, Jeep Renegade, Honda HR-V, and the sprightly Mazda CX-3 AWD.

But this kind of showing shouldn’t be surprising. After all, the engine is a naturally aspirated 1.6-liter inline-4. It only gives you 125 horses and 115 lb-ft of torque. It also only comes with a CVT automatic transmission.

This engine won’t take it well when you get it revving beyond 4,000 rpm, and it’ll be noisy enough to let you know. However, the CVT does its job well when it’s all about fuel efficiency. According to the EPA, this should give you 36 mpg on the highway and an impressive 31 mpg in the city.

Since the Nissan Kicks isn’t all that fast, there was no need for a super advanced braking system either. This will require 190 feet of sliding before you get a full stop from 70 mph. In contrast, the Honda HR-V needed only 176 feet while the Jeep Renegade Sport 4×4 was superb at just 158 feet. Heck, even the Ford F-150 pickup stops sooner.

Maybe it’s because the Kicks has all-season Firestone FT140 tires. After all, the folks at Nissan did manage to reduce the weight to just 2663 pounds, so stickier tires would have definitely helped.

On the other hand, the brakes were fade-free and you should be able to stop the vehicle completely while remaining in control.

Despite the less than ideal tires, the lateral grip measured just 0.83 g on the skidpad. That’s quite remarkable. If you’re going through an interstate cloverleaf, the Kicks goes comfortably wide in a way that’s predictable and smooth.

If you’re overly concerned about the braking performance, you may want to opt for the SR trim. This has the Nissan Integrated Dynamic-Control Module as a standard feature, and it will optimize the way your chassis acts by automatically applying the outer or inner brakes during your turns. When you’ve stepped on the brakes, this module also results in a CVT downshift.

Actually, these specs doesn’t tell you just how cramped the space felt like in the Juke. In the Kicks, the space feels much comfier. The front seats can comfortably hold even hefty adults with linebacker builds. The back seats are also roomy enough they can actually hold real adults, unlike other “back seats” that seem designed only for infants. 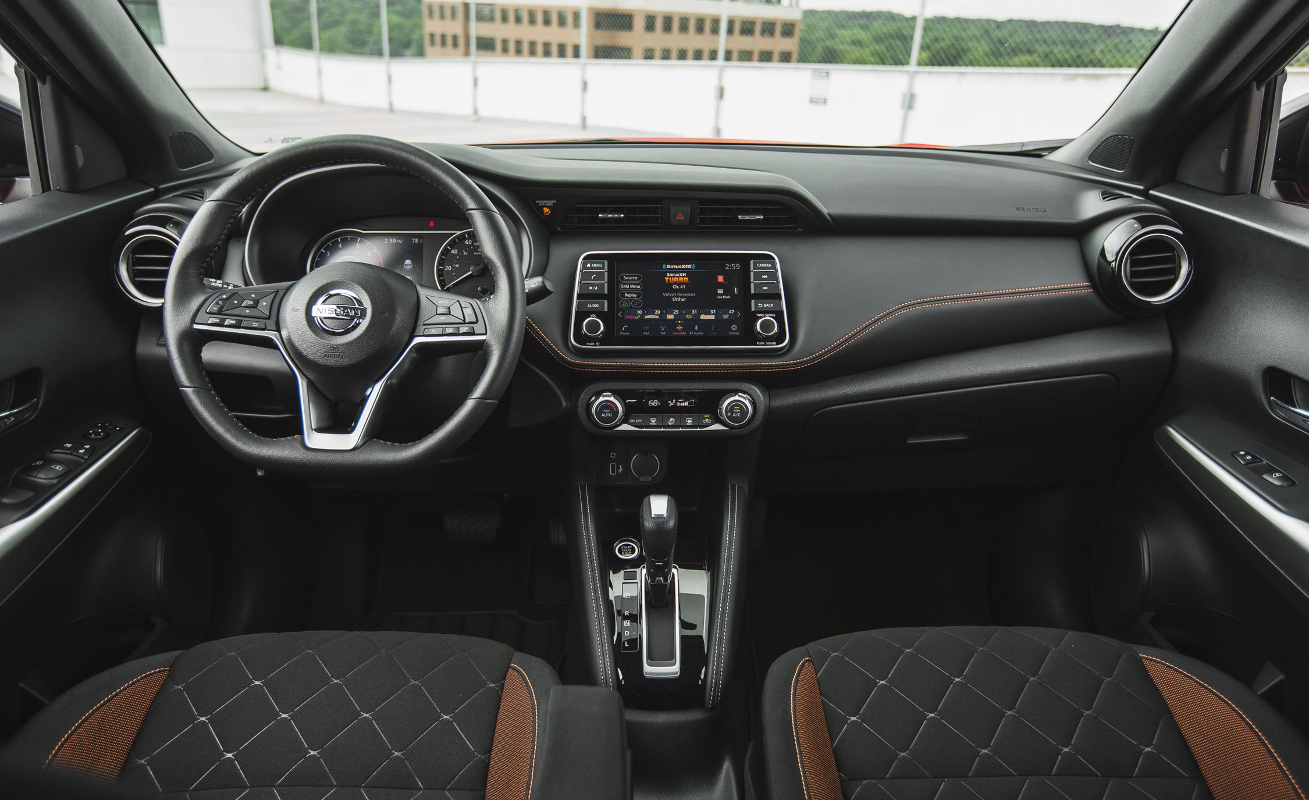 The seat fabrics are very nice, and they give a sort of fresh look to the interior. But the headliner and door panels seem a bit too indicative of the Kicks’ affordability. When you fold the rear seats, you also don’t get a flat door effect that works well for cargo duty. Instead, you’re left with this type of ledge that makes cargo arrangement a bit too complicated.

The dashboard is nicely covered with fabric, and the 7-inch touchscreen system is easy to navigate. The instrument panel here has an analog speedometer, along with a digital screen that can toggle through various functions. You can have it display various system status figures, including fuel-economy readouts, odometer, and a conventional-looking round tachometer.

If you go with the base S model, Apple CarPlay is just an option. But it’s standard with the SV and SR trims.

The 2018 Nissan Kicks is unpretentious, the styling is sensible, and despite its dynamic shortcomings it’s actually quite likeable. It doesn’t excel at any one thing, but its overall package offers great value for your money. It may be affordable, but it sure as heck isn’t cheap in quality.

What to Expect from the 2019 Nissan Maxima

What to Expect from the 2019 Lincoln Nautilus