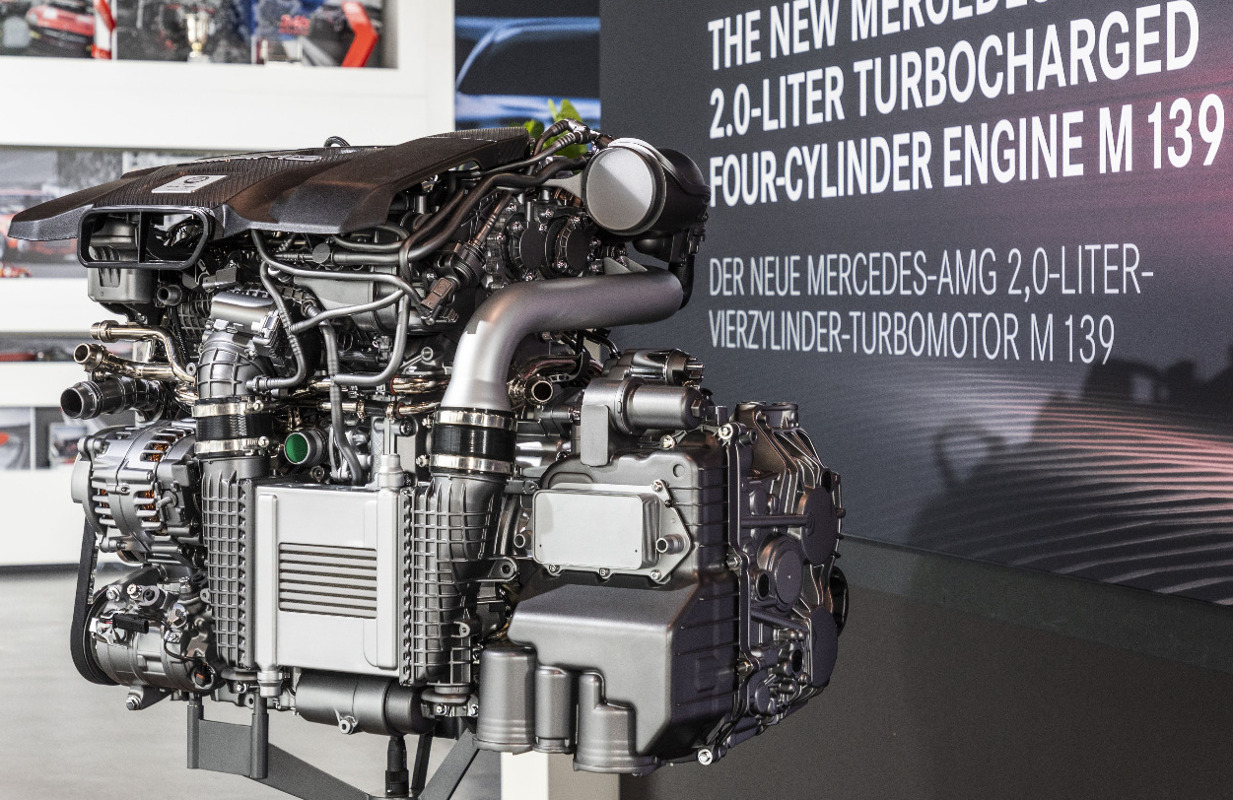 In the past, we consumers could only dream of the performance, quality, and technology on the engines of racing cars and special vehicles. Now, that dream has become accessible through Mercedes-AMG’s new M139 engine. From its looks and size, you would not expect it to be capable of delivering the almost ridiculous amount of power, 416 hp to be specific, but it can and it does so with style. As the most powerful production engine with a four-cylinder configuration, this extraordinary machine demonstrates the remarkable capabilities of Mercedes-AMG in creating, designing, and building outstanding engines that give their vehicles a significant advantage against almost all other competitors.

Looking at the numbers reveal some of the reasons that make this engine one of a kind. First is that the car makes that 416 hp from a size of only 2.0 liters. The amount of power created by the engine per liter shows incredible efficiency, even among turbocharged engines, and many people say that this is a good demonstration of how the internal combustion engine can still be refined for efficiency and environmental safety. Surprisingly enough,  the engine actually comes in two types, an s and a non-s version,  both tuned slightly different for maximum power and efficiency in a package appropriate to the vehicle they will go in to. The non-s version can make up to 382 hp. Both types are considered having a high enough specific output to challenge most modern supercars. The S version can also create more boost than its sibling. 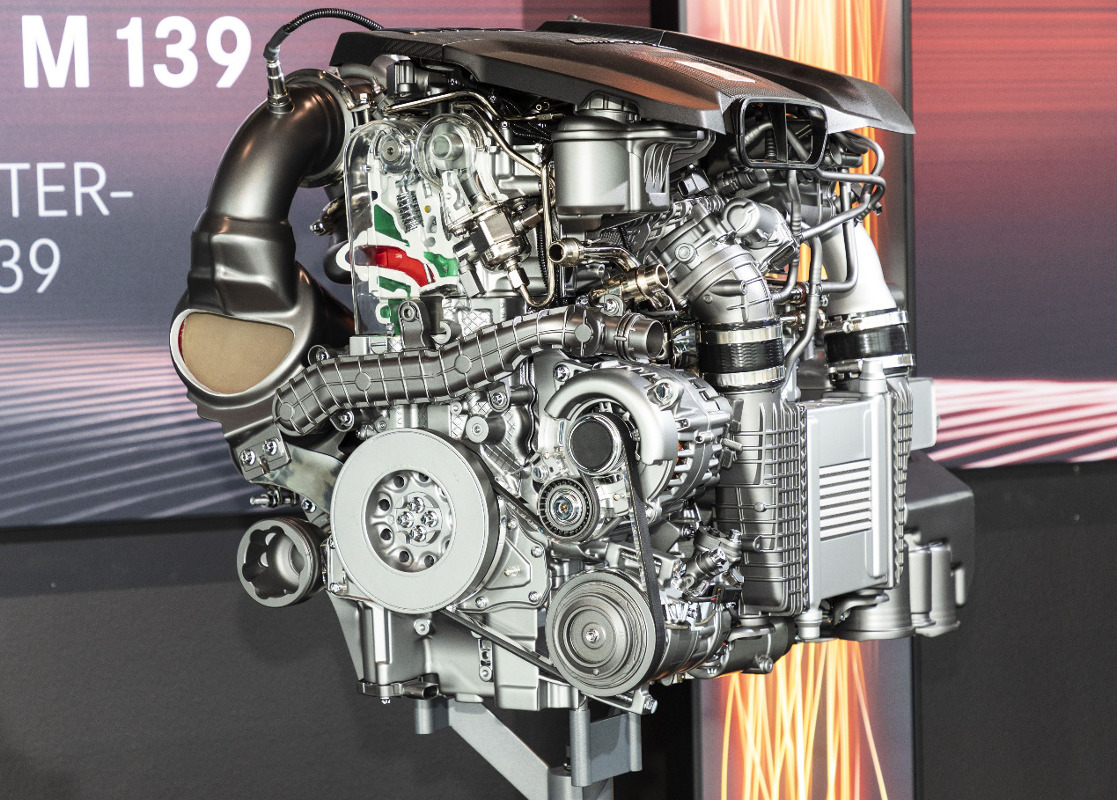 There are several clever ways in which the engineers changed the layout of this current generation of high tech engines differ from its predecessors. First off is the layout, the most prominent and noticeable new change in the engine. The m139 has been basically flipped around in comparison to the older Mercedes-AMG engines, with the exhaust side now pointing toward the firewall at the back of the engine bay. This kind of arrangement allows for several direct positive benefits. First is that the arrangement will allow the engineers to make use of a flatter front section for the car which does impact aerodynamics. The method shortens many important ducting points and orients the turbocharger for maximum air efficiency.

Speaking of the turbocharger, it is a rather new and novel combination of dual ballbearings and quick scroll technology. The significance of such a design is the noticeable improvement and even elimination of the supposed laggy effect a driver can feel with such  a powerful turbocharged engine.  Electronic controls of variable features like the wastegate allows for faster response time and precision control of such things like the intake pressure, preventing energy waste and delivering the power when you need it most. In fact, the engineers at Mercedes-AMG are confident enough to claim that the engine has a power delivery curve that would be familiar to those who are used to using naturally aspirated engines. 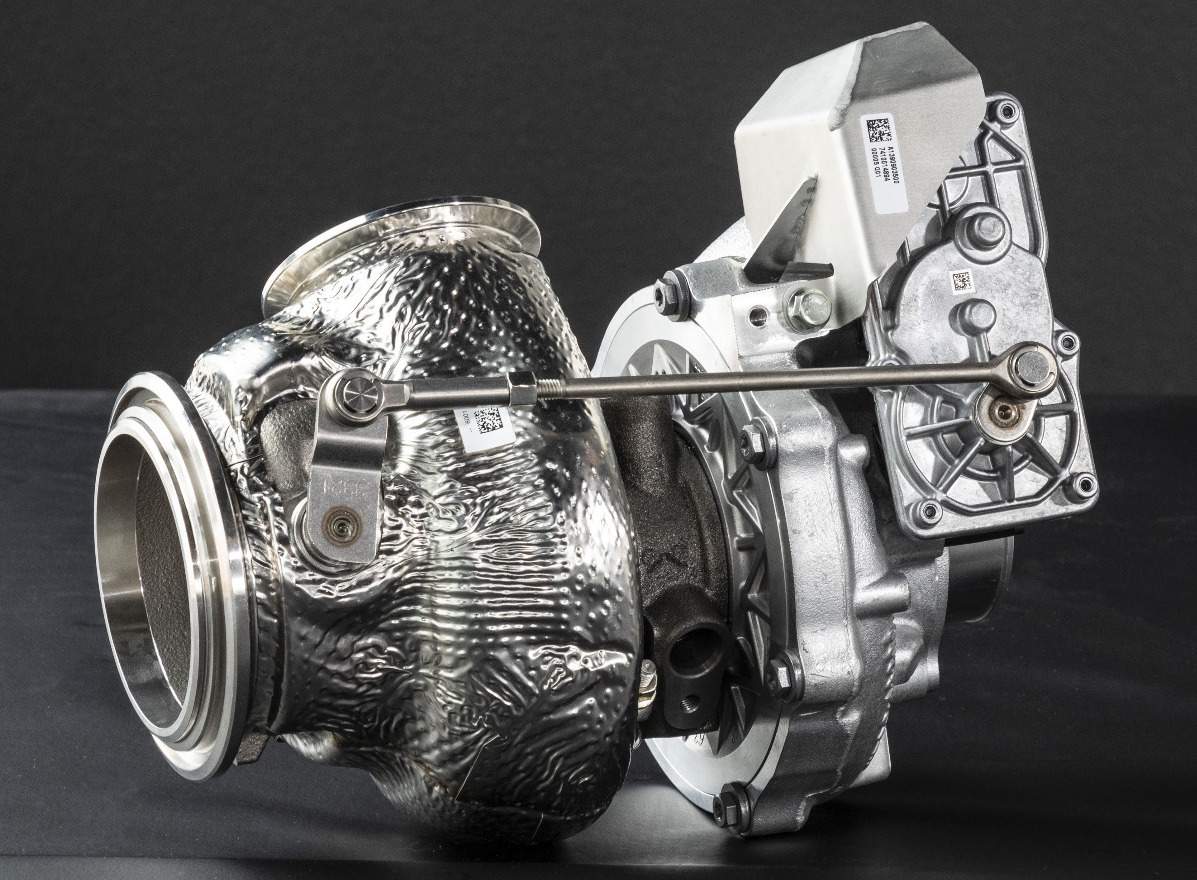 All of these design ideas that have been incorporated would be a great addition to most engine designs, except for the fact that the additional pressure stress they cause can be detrimental to the final durability of the engines. Mercedes-AMG answers this by using innovation on its production techniques to create an engine that can withstand the increased performance of its design. Aluminum is melted and cast using a cool metallic mold that enhances the speed of cooling and solidification. This technique increases the overall strength and density of the engine. A forged steel crankshaft is combined forged aluminum pistons for a unique combination of rigidity and flexibility in the crank assembly. The very high turbo pressure inside the engine, that can reach up to 30.5 pounds per square inch, is managed through the use of a full closed-deck block, increasing the stability of each cylinder. The final addition of Mercedes-AMG’s unique Nanoslide coating for the cylinders gives it a mirror-like finish that glides and reduces the friction in the engine.

Each of these engines will be handbuilt by AMG technicians at their production facility in Affalterbach. Each engine is built and handled by a technician who is confident enough in the quality of their work to affix and the plaque with his or her signature on the engine. This new and revolutionary engine will be used in Mercedes-AMG’s new line of high-performance vehicles in the new model generation.