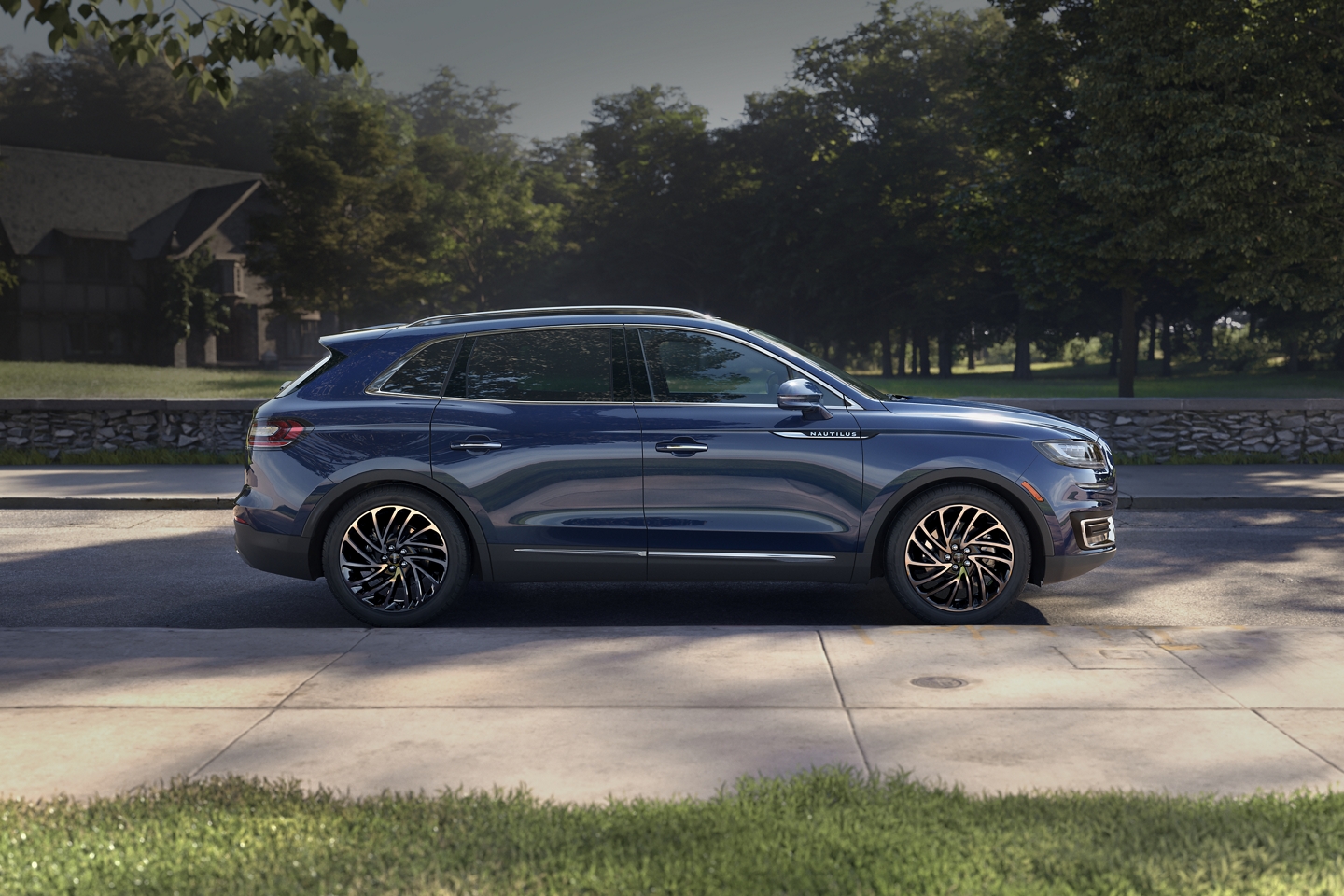 The Lincoln Nautilus. This new name shows the direction that they were going for, shifting towards a proper model name. Reflecting this change is a host of improvements to the beloved Lincoln MKX.

The Lincoln Continental and Navigator stirred waves into the scene. But the Lincoln MKX took the attention of the market. This made it the beloved vehicle that stands as one of their best-selling models.

In this case, the Nautilus brings out something new on top of what the MKX provides.

The Nautilus sports the latest Lincoln grill design. Something that its higher-wattage siblings have. This also comes with a new set of headlamps, equipped with full-LED adaptive lighting. Also, part of this new look is the new hood and the restyled front fenders.

The rear end receives a restyle as well. Namely towards the lighting treatment and lower bumper. Taking notes from the Navigator, the Nautilus sports the turbine-style wheels.

Under the Hood: Base and Upgrade Engines

Most of the changes become evident once you pop the hood open. The base engine takes on a turbocharged 2.0-liter inline-four. This replaces the 3.7-liter V-6 engine that once powered the MKX.

While this new engine shows a drop in horsepower from 303 to 250, it kicks up on the torque from 278 to 280 lb-ft. Despite this change, it comes with a new eight-speed automatic transmission. Offering a wider ratio spread compared to the previous six-speed transmission.

The horsepower drop doesn’t hinder the Nautilus as its standard powertrain can push it to 60 mph in 6.8 seconds. Making it accelerate at 92 mph in 15.3 seconds after going through a quarter-mile.

The upgrade engine for the Nautilus is this twin-turbocharged 2.7-liter V-6. It belts out a hearty 335 horsepower and a torque of 380 lb-ft. Although this drives the price upwards at $2070 to the bottom line.

This engine also pairs well with an eight-speed automatic transmission. It is also a silent runner that can bring a serious push when needed. In this case, the 2.7-liter together with the all-wheel-drive brought the Nautilus to 60 mph in 5.9 seconds. Going through a quarter-mile pushes it further to 97 mph in 14.4 seconds.

When compared to the V-6 engine of the previous model, which sits at 16/23 mpg, it shows an improvement in terms of fuel efficiency. Despite this, it still could not stand in equal footing with the Volvo XC60 T5 or the Audi Q5 in this particular area.

Meanwhile, the 2.7-liter upgrade engine gets an upgrade in fuel economy. It now sits at 18 mpg when running in the city, and 27 mpg when on the highway for front-wheel drive. For all wheels, the engine runs at 18/25 mpg.

Out of the two variants, the 2.7-liter offers a great deal of control for the Nautilus, especially when running on AWD. The reason behind this is in the torque steer issues that it comes with when running on front-wheel drive.

When it comes to riding comfort, the Nautilus makes this a feature in all models with its new bushings and adaptive dampers. The Reserve and Black Label also comes with selectable driving modes: Comfort, Normal, and Sport.

These modes alter the damping and steering effort. Thus, providing a customized setup that fits your preferences.

The Lincoln Nautilus also comes with great features as well. For instance, the lane-centering assist allows for intervals of hands-free driving, which works well with standard adaptive cruise control.

While perfect for marked freeways, it doesn’t replace the perks of an alert human driver.

As for the interior, it has the same standard offered by the MKX. What makes the Nautilus different is in the digital gauge cluster. The 8.0-inch touchscreen display at the center of the dashboard may lean towards the small side but it shines with its ease of use.

While gray and beige are the standard colors it comes with, it also offers variety with its color options.

Overall, the Lincoln Nautilus works wonders with its improvements. While not as grandiose when compared to the Navigator or the Continental, the Nautilus runs with an experience best described as a quiet crossover with polished flair.