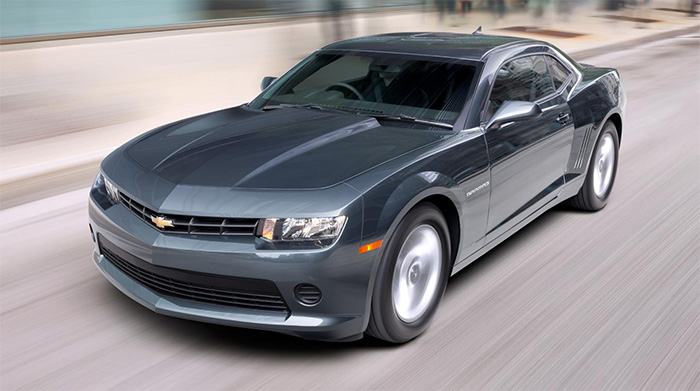 Thanks to cutthroat competition, cars are becoming more affordable, so even powerful models aren’t as expensive as they used to be. If you’re among those feeling the need for speed, here are your choices, and they’re all under $60,000 so you can cruise without thinking about how much your ride cost.

The Audi is capable of reaching 60 in 4 seconds, so while it doesn’t look a racing car, its performance says otherwise. The TT-RS isn’t too bad in the power department either, with a turbocharged 5 cylinder engine capable of 360 HP. Because the TT-RS uses a quattro AWD system, all the power reaches the wheels. The wheelbase is short and offers superb handling, and the upgraded shocks system makes it a joy to drive around the track. Even though the engine is substantial and the car equipped with large brakes, the TT-RS weighs just 3,306 lbs.

The Camaro can reach 60 in less than 5 seconds, and really that’s not surprising when you consider that it has a supercharger that gives it a powerful 580 HP, making a real muscle car. But there’s more to the ZL1 than just a couped-up V8, as it is got very good handling too, enabling it to reach a 7:41.27 lap time at the Nurburgring circuit.

The ZL1 has a magnetic ride control that helps with the handling, and it’s necessary as this is a big car. Despite the size, the ZL1 allows you to adjust the suspension up to a thousand times a second, very impressive as it makes the car very responsive. Apart from the suspension adjustment, the ZL1 also boasts of superb traction control.

The 370Z NISMO is a very impressive car, and for less than $45,000 it can packs a lot of power with the 6 lb-ft of torque and 18 HP. Not only does the NISMO have power, but the tuned suspension has been upgraded so there is superior dampening and spring. In addition, the car has special vented sports brakes with special fluids and extra strong hoses, and it comes with a 6-speed manual transmission.

The Mustang Boss is another good example of a dominating car, because due to tis upgraded engine the Boss 302 can now produce 444 HP, but that’s not all as it also has 3.31 limited slip rear-axle ratio, and 3.73:1 axle ratio is available as an option as well. In addition, there are several packages available that make the Boss even more impressive on the track and road. But even if you don’t get the extra package, the Boss 302 is powerful enough with its tear spoilers, front splitter and Brembo brakes.

The Evolution has given some people the impression that it’s only good for rally racing, but that’s not the case at all as the all-wheel control let you drive the car in slippery, dry or wet conditions. Apart from being versatile, the Evolution also has a sophisticated all-wheel drive and 290 HP four cylinder engine that make it one of the most powerful cars in its class.

The more affordable GSR model comes with full control, rear spoiler and a five speed manual transmission, while the MR provides you with a dual clutch transmission plus Eibach springs, Bilstein struts and heavy duty rotors. In addition, all Evolution models are equipped with dual exhaust and RECARO seats, and capable of handling the road, rally or track.

The MINI has a long history of manufacturing fast cars, going back to the 1960s, and today the company continues to make fast cars. The MINI is capable of reaching 60 in 5.7 seconds, thanks to its 192 lb-ft of torque, 208 HP engine, and when you go on the track its Overboost function allows it to reach 207 lb-ft of torque for short bursts, making it an ideal choice if you’re the racer type.

The fact that the Mazdaspeed3 has Y-rated tires only goes to show that this is one car built for speed. While the electronic limitation sets the maximum speed at 155 mph for the tires, when it can actually reach 186 mph, it is still fast. But apart from the tires, the Mazdaspeed3 is equipped with a powerful 2.3L engine that can generate up to 280 lb-ft of torque and 263 HP, plus it has a unique conical limited-slip differential that ensures the front wheels receive maximum power. And true to the company’s tradition, the car comes with a hood scoop, which assists the intercooler.

As to which of these cars is best, it’s really a matter of personal preference, but whichever you choose you won’t be sorry, and you can be confident about getting your money’s worth.

Comparison of Four of the Best Hybrid Cars

Why Everyone Loves the Tesla Model S