Most people think that this Mercedes car is just another sedan with a six-figure price tag. But the truth is that the GT53 4-Door is different from the other lozenge-shaped vehicles produced by Mercedes. After all, AMG only re-engineered and modified existing Mercedes-Benz cars before.

Due to AMG’s commitment, Mercedes now lets them design their model. The AMG GT 4-Door is the product of this fact. That means you won’t see a non-AMG version of this car.

Here are the features that come with the Mercedes-AMG GT53 4-Door:

This feature will know when tires stop rotating due to extreme braking. It will then optimize the brake pressure and allow the tire to start rotating again. This enables the vehicle to turn better while you’re braking.

The feature knows whether you exceeded the handling limits of the vehicle. Once it does, it will decrease the power of the engine and apply some brakes. The result is that you won’t lose control of the car.

The GT53 has airbags that protect you in all directions. The front-impact ones protect your head when a frontal crash happens. Side impact airbags will secure your torso in the event of a side-impact collision.

For rollovers, overhead airbags protect your head. In any accident, there’s a chance that your lower extremities can get seriously injured. That’s why this vehicle has knee airbags installed.

These are seatbelt features that help tighten seatbelts automatically. It’s great since it will help occupants find optimal comfort while maintaining safety. With Pretensioners, you’ll have an optimal seating posture even during a collision.

This vehicle has the means of detecting unwanted entry. To protect itself, it has an ignition disable device. With that, the engine will not start as long as you don’t use the original key from the manufacturer.

The GT53 issues a break-neck speed with every accelerator touch. It’s immediate and it knows no moderation. Starting from rest, its electric motor and supercharger will fill within the small window before it fully commits the turbo. You’ll still hear the engine’s snarling sound even when using its most silent exhaust mode.

The car’s gigantic grip will press you hard into the typical sport seats. Without the road noise inside the cabin and the stability regardless of speed makes you confident. Cornering stress will increase your steering effort, but the car body will stay flat even when maneuvering at 1.00g.

Most won’t expect that a big 4563-pound vehicle is easy to handle. But with this Mercedes-AMG car, it’s so dialed in that it has double the recommended cornering speed. You sacrifice some level of comfort because of this benefit.

The suspension will pound the pavement even while using the softest setting. That will send substantial whacks into the car’s cabin. It’s not for the faint of heart, making it a less ideal choice for chill rides.

The front and rear style of the GT 4-Door makes it similar to the GT two-seater. It’s remarkable since the former goes beyond the superficial with its connection to the coupe. After all, driving a 4-Door needs a certain level of mastery that applies to both vehicles.

Regardless of the odds, the two vehicles share both its performance goals and general feel. It applies even when one is a sports car with two seats while the other is a bigger car with four seats. With that, the two cars share a connection even when they’re on two different platforms. 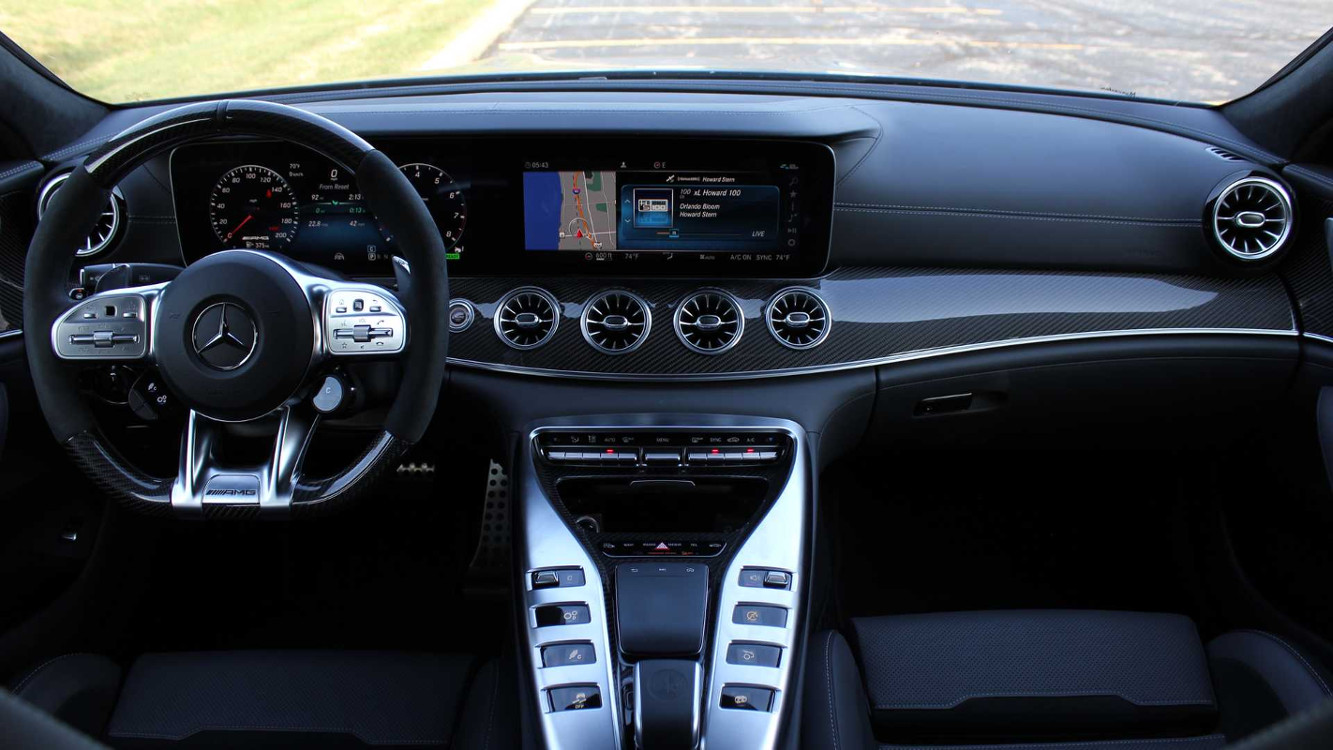 The GT53’s interior shares the other Mercedes cars’ four-door cough drop shape. But its main difference is its CLS. It’s the saddle-shaped console located between the seats.

The CLS looks like something out of a GT sports car. Its middle part contains the brand’s newest interface for its infotainment capabilities. Mercedes’s COMAND knob isn’t there anymore.

The drawback of the CLS is that its touchpad is often unresponsive. It means that in some cases, simple tasks like switching the radio station can be troublesome.

The GT53 4-Doors has full tuner treatment. They only have all-wheel drives as well as sports seats and dampers. You can get a unit with up to 630 horsepower, but most people prefer driving the moderate version at 429hp turbocharged.

You can’t deny the influence of AMG on this vehicle. But it doesn’t compromise the luxury given by the Mercedes-Benz brand. It will spoil you on its driving experience including the feeling of sitting inside.

Some experts say that you don’t sit in this vehicle. Through its features along with the race-like appearance of the AMG sports seats, the car will wrap around you. It feels like the world’s speediest cape.

With that, you can rest easy, knowing that you have one of the top-performing sedans around.