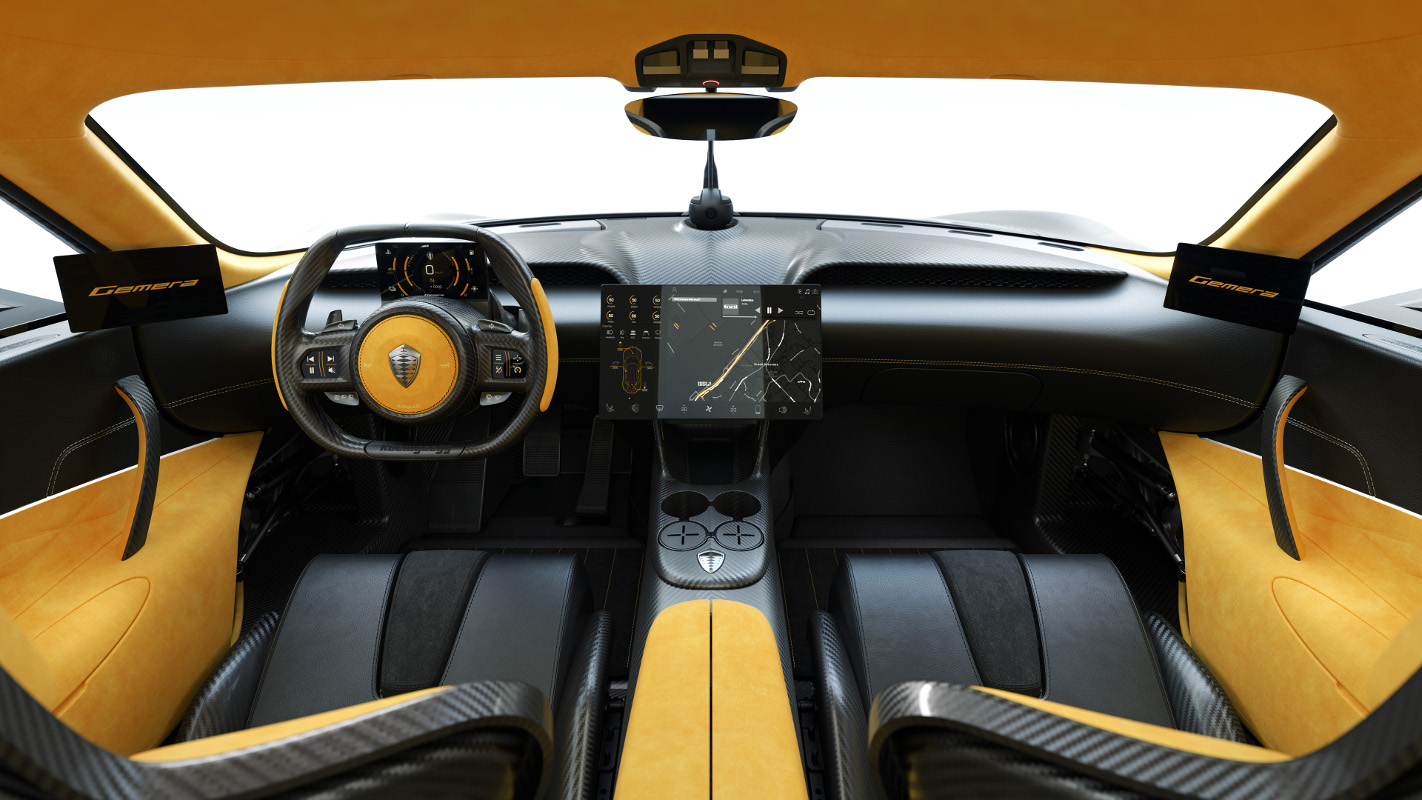 Christian Koenigsegg recently unveiled its Swedish brand’s newest car, the Gemera, whose name was suggested by his mother. Gemera means “to give more” in Swedish. True enough, the full-size mega car gives more because of its cool features. And the world’s most powerful three-cylinder engine is what makes the complex car, a game-changer for internal combustion.

The technology of the Koenigsegg Gemera car is truly unheard of. The combustion engine is 600 horsepower and 600-newton meters of torque from a three-cylinder engine which makes it a monster of an engine. It is only two liters but it has twin-turbo and it has three valves and it is designed to run on renewable fuels which means it can be CO2 neutral for both the engine and the car.

This is in line with Koenigsegg’s goal to put an end to fossil fuel dependency on combustion engines. Compared to a pure electric car, the Koenigsegg Gemera is at least 30 percent lighter. So, you get a more agile car with better acceleration, better cornering, better braking.

The Koenigsegg Gemera is an implausibly complicated vehicle. At the rear wheels are two electrical motors, every rated for five hundred horsepower and thousand-newton meters of torque, and they each have a single-speed gearbox before sending power to the rear wheels independently.

The combustion engine is 600 horsepower and 600 newton meters of torque from a 3-cylinder engine called the Tiny Friendly Giant or TFG which is inserted between the two electric motors set up at the end of its crankshaft. That technology alone makes it a monster of an engine.

Total system output is about 1,700 horsepower, as the battery has limits to how much power it can supply, and motors and engines make peak power at different times.

This is a two-liter inline three-cylinder engine so it isn’t very big and there aren’t many cylinders. However, with a bore of 95 millimeters and a stroke of 93.5 millimeters, the cylinders themselves are quite large. So how does this engine make so much power?

What’s also interesting about the specifications of the Koenigsegg three-cylinder engine, it has a stroke of 93.5 millimeters paired with a very high 8,500 RPM redline and combined. So, this thing has Pistons that move as fast as F1 engines. It has cylinders that are larger than Koenigsegg V8 cylinders and it has 29 PSI boost.

The coolest thing about the Tiny Friendly Giant engine is that it uses Koenigsegg free valve technology.

Advantages of Incorporating Free Valve onto the Engine

A traditional engine will use a camshaft to open and close the valves whereas the Koenigsegg is free valve so it doesn’t have any camshafts. Instead, each valve has an actuator so you can open it completely all the way. Let it sit there and then return it and it does that using the pneumatic actuators so that means you can have more airflow coming into the engine and make more power. You’ve got less restriction for that air to come in.

However, there are drawbacks to the system. The obvious ones being cost and complexity. This is an extremely expensive course because it comes with these added cool features. From an energy standpoint, it does seem like a fairly energy-intense system because it’s electronic, it’s hydraulic, and it’s pneumatic. So, you have an air compressor on board as well to power opening and closing these valves. A traditional spring will return the valve but air pressure will set it down to its lift. Now partially possible because of the free valve. This is a twin-turbocharged engine.

This is like the Koenigsegg Agera, there are not multiple gears here so all of the power sources are passing through just a single gear ratio. So, the Tiny Friendly Giant engine at the back coupled with that motor in front of it is sending torque to the front which has a gear ratio of 2.69 to 1 with that ring and pinion and then in the rear we have two electric motors. Each has its gearbox with a 3.325 to 1 gear reduction.

The Real Truth About Zero to Sixty Stats