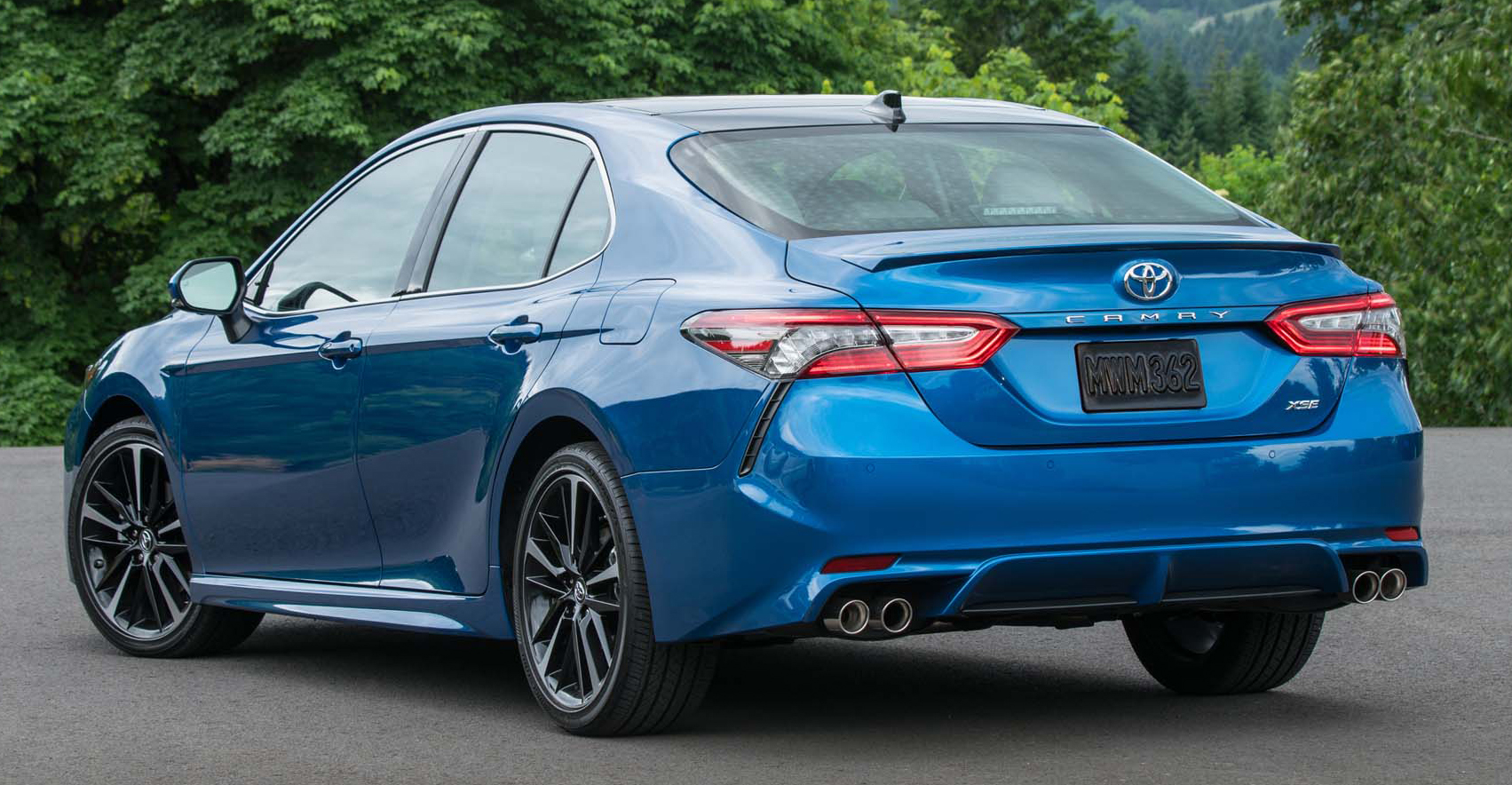 It’s true that the Camry is by all rights a popular and therefore successful car for Toyota. It has a well-earned reputation for reliability, and it’s quite affordable. Nobody really hates it, because it’s inoffensive in looks and features. It’s simply a practical choice to get from point A to point B.

For the most part, the Camry is simply just another appliance. The same adjectives you can use to describe it can also be used for your microwave oven. Nobody gets excited over the Camry, and no one really fantasizes about owning and driving a Camry either. It’s just plain boring.

But perhaps that kind of image will change with the introduction of the latest Camry. The XSE V6 is at the top of the Camry range, and it comes with a fresh platform and a brand new powertrain. Even its looks have gone through a makeover. It’s no longer Clark Kent, as now it has hints of Batman rakishness. The XSE is the sportiest trim of the Camry, and it also has its most powerful engine.

The “S” in XSE stands for “sporty”, in contrast to how the XLE (and its siblings the L and the LE) offer suspension setups that’s designed to provide a plushier ride. With S trims, the damping is firmer, the wheels are bigger, and the tires are wider.

Even the look of the S trims is sportier too. You get wide intakes and plenty of blacked-out trim in the front and rear bumpers. It’s possible to get a blood-red interior, along with a black-colored roof.

Some may be surprised at the presence of 6 cylinders in the V6 Camry. After all, market leader Honda Accord and almost all the rest of the sector offers mostly smaller turbocharged 4-cylinders when they offer engine upgrades.

Still, speed fans will appreciate how the Camry XSE can go to 60 mph in just 5.8 seconds, while you need 7.9 seconds for the 4-cylinder Camry SE. It growls much more satisfyingly as well from the quad exhaust outlets of the XSE. In contrast, the 4-cylinder engine sounds like you just turned on your blender.

It doesn’t quite match the Accord, though. While the 2.5L turbocharged inline-4 in the Accord 2.0T gives you only 252 hp, it can still power the Accord to 60 mph in just 5.5 seconds.

You also don’t get any torque steer in the Accord, while it’s a problem for the Camry.

The XSE comes with an 8-speed automatic. Traditionalists will miss the availability if the manual transmission, since the transmission seems programmed with a tendency to pick the higher gears. The XSE may have a Sport button to boost the responsiveness of the engine along with an S slot for the gear level, but there’s no mistaking how the powertrain somewhat hesitates when you’re more aggressive on the throttle.

In the Accord, you have a manual transmission option. But the 10-speed automatic transmission in the 2.0T reacts much more quickly too.

So it must be admitted that the engine and the transmission in the Camry has room for improvement to really jive with the sportier image of the XSE (and to match against the Accord).

But its handling capability is terrific. It can turn with verve and liveliness, matching the capabilities of the Accord and the Mazda6, while you don’t have to sacrifice on comfort. The more traditional fixed rate dampers on the XSE virtually match the performance of the more advanced adaptive dampers of the 2.0T.

Going with the V6 adds 200 pounds of weight to the XSE, which distributes the weight forward a bit. But this doesn’t really affect the handling at all.

While the extra 200 pounds doesn’t really affect the Camry’s ability to turn into corners, it does affect your fuel budget. You’ll average about 24 mpg with the XSE, which isn’t great compared to the 32 mpg of the 4-cylinder SE. It’s obviously no match against the 40 mpg you enjoy with the 2018 Camry hybrid.

While it is true that the Accord 2.0T also gives you 24 mpg, on the highway it’s a different story. Speed up to 75 mph on the highway and the Camry will give you 29 mpg. The 2.0T offers an excellent 35 mpg.

The folks at Toyota are sneaky. The interior of the XSE Camry is nice enough, but you’ll think it’s fantastic when you compare it to the lower level SE. There’s too much hard plastics and uneven panel gaps in the SE so it really makes the XSE interior look good.

It drives extremely well, it offers standard features you don’t get in the lower-rung SE, it looks much better, and it’s also more expensive. With the XSE, it’s as if you’re not really driving a Camry anymore.

The New 2018 Jeep Wrangler Is Better Than Ever