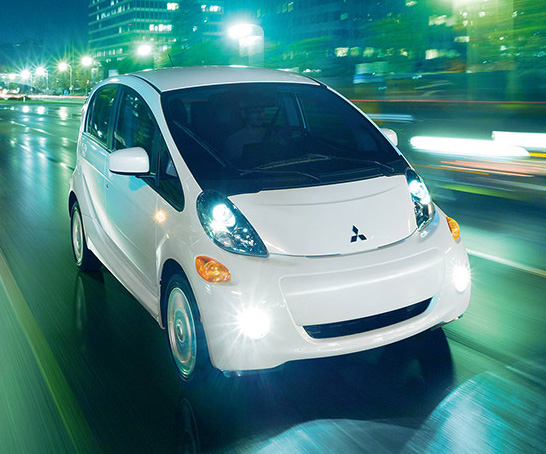 Electric cars are said to be the cars of the future. In this article, find out why the Nissan Leaf is the leader in the electric car market, outselling the Mitsubishi i-MiEV and other electric car models.

Electric cars are becoming more popular among motorists, and car models like the Mitsubishi i-MiEV, Nissan Leaf, and Tesla Model S would soon become road staples like your Toyota Corollas and Honda CR-Vs. In 2014, the Centre for Solar Energy and Hydrogen Research reported that there were more than 300,000 new electric vehicle (EV) registrations, with the total global market nearing the 1-million mark.

Of course, the main motivation of motorists in buying electric cars is to shield themselves against the rising costs of fuel. And while gas prices have been dropping in the past few years, electric cars remain a viable alternative to traditional, gasoline-powered vehicles.

Here are the specs of the Mitsubishi i-Miev: 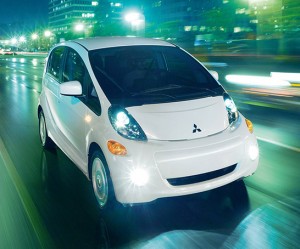 The i-MiEV, is a fully electric mini car that is designed to be the ultimate commuter car. It’s so small that parking it is a breeze. Its range of 60 miles is also ideal for city driving. However, if you are to go on a road trip then the 60 miles range of the i-MiEV certainly isn’t enough.

Another reason why the i-MiEV, is an attractive option for motorists is the price. The 2014 i-MiEV, sells for around $23,000, making it the cheapest pure battery car in the United States.

Here are the specs of the Nissan Leaf: 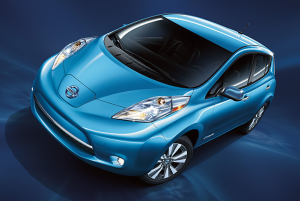 The Nissan Leaf is considered the best selling electric car in the world, which is not surprising given that it delivers a quiet and smooth ride despite its size. It has put electric vehicles on the mainstream thanks to its low price, user-friendliness and easy handling. It is also surprisingly roomy for an electric vehicle.

The Nissan Leaf, with more than 160,000 units sold, beats the i-MiEV, and other electric cars in sales. It is really not difficult to understand why a lot of savings-conscious and eco-friendly commuters are opting to buy the Nissan model than the Mitsubishi electric car.

For one, the Leaf can go as far as 84 miles when on full charge, nearly 20 miles better than the i-MiEV. Its 80 kW lithium-ion battery and 107 horsepower motor churns out a respectable 187 pound feet of torque, enabling the vehicle to spring from 0 to 60 mph in around 10 seconds. It can also power the vehicle to zoom at a top speed of 90 miles per hour.

Charging is also pretty decent. The base Leaf model can take about eight hours to recharge on a 220 volt line, while the recharging time is drastically reduced to about five hours for the 6.6kW version. Motorists can also opt for the fast charge receptacle available on SL models that can charge in 30 minutes.

On the other hand, the electric engine of the i-MiEV, is placed behind the rear seat and can deliver 66 horsepower and 145 pound feet of torque. Top speed is limited to 80 miles per hour. On a home outlet, it would take around 23 hours or nearly an entire day to fully charge the car. It would take around seven hours for the car to charge on a 240-volt outlet.

The Nissan Leaf does not only beat the Mitsubishi electric car in performance, but it is also years ahead in terms of equipment. Standard equipment in the base model include rear-view camera, Bluetooth connectivity, heated front and rear seats, four-speaker audio system with USB and auxiliary inputs, and a nice 4.3 inch display.

The mid-range SV model even comes with a seven-inch display, six-speaker audio system, navigational system, cruise control, while the top-of-the-line SL models have LED headlights and solar panel for the 12-volt system.

On the other hand, the i-MiEV, has pretty standard equipment when you compare it with the Nissan Leaf. The Mitsubishi electric car has a mere four-speaker audio system, power windows and mirrors. It does have a quick charging port for public charging stations as well as front seat heaters.

The i-MiEV, is cheap, and it shows in the interiors. The seats are not comfortable and luxurious, while there is minimal legroom in the rear seats. On the other hand, the Nissan Leaf has big windows, high roof, and can comfortably fit four people. Cargo space is around 24 cubic feet.

And although you can save as much as $10,000 if you opt for the i-MiEV, many motoring observers agree that the amount you save is not enough justification to buy the Mitsubishi electric car. The Nissan Leaf may be more expensive at around $33,000, but the price is acceptable given the many features of this vehicle. No wonder many motorists are buying the Leaf.