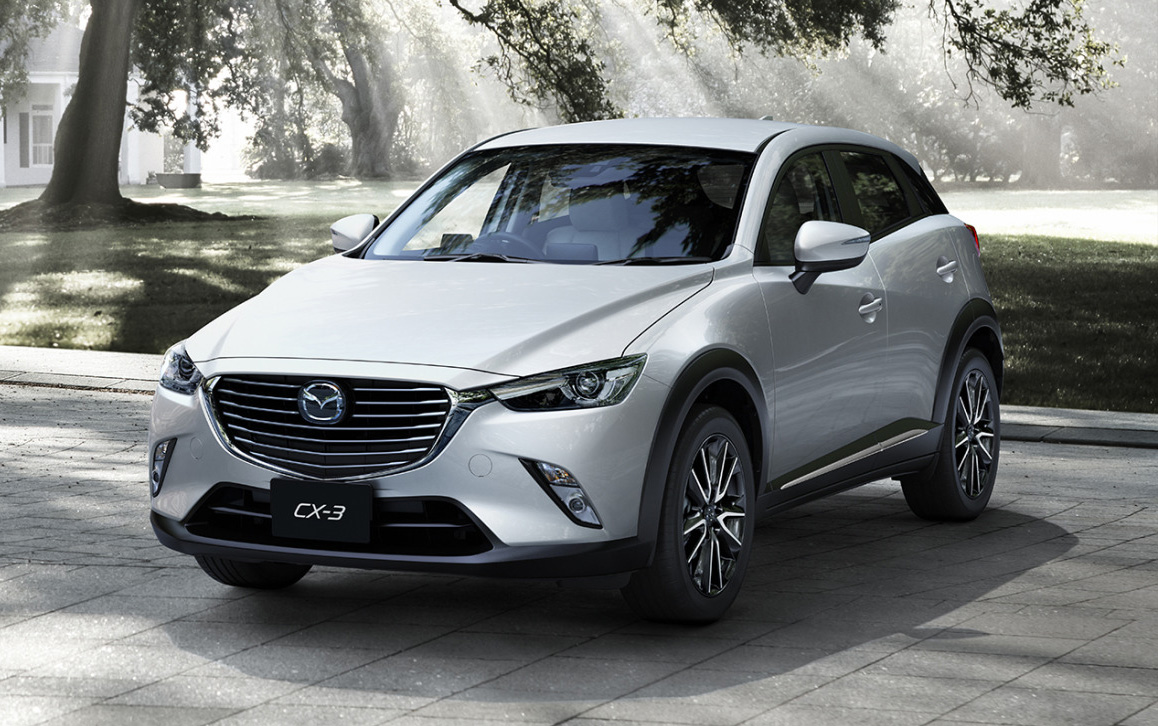 Mazda has announced several changes in its 2016 lineup, including new models, updates to current models, and redesigns. There are also modifications to power trains, all geared to making the company more competitive this year. And there are also certain models which the company won’t be producing any more.

The Mazda CX-3 is the new model to come out of Mazda’s production facilities. It is the company’s attempt to enter into the growing subcompact market. The CX-3 comes as a front-wheel drive or all-wheel drive, and won’t get any updates through 2018.

The CX-3 is a crossover that is powered by a DOHC 16-valve inline-4 engine with direct fuel injection. Displacement is 122 cu in with power output of 146 horsepower and torque of 146 pound feet at 2800 rpm. Power from the engine is transferred to the wheels through a six-speed automatic with manual shifting mode.

The CX-3 can zoom to 60 mph from standstill in around 8 seconds. Top speed is 120 miles per hour.

The CX-3 may not win any awards for its performance on the road, but it would definitely win a lot of hearts with its upscale and aggressive exterior styling. Go inside and you’ll find the interiors more upscale. The cabin is well-designed and features high quality materials as well as contemporary driving aids.

Fuel economy is around 28 mpg for city driving. However, one thing that motorists may not like about the CX-3 is its shortness. It is about 7 inches shorter than a Mazda 3, and there’s not a lot of space at the back.

This year, Mazda is rolling out the fourth generation of its MX-5, or the Mazda Roadster.

Apart from the new powertrain, the Roadster has also been made lighter. The 2016 MX-5 is around 150 pounds lighter than the third generation model, and nearly 200 pounds heavier than the original model.

The Mazda6 is among those which have been given an upgrade by Mazda. Upgrades include updates to the grille, headlights and rear spoiler. There is also a new seven-inch touchscreen display that gives the instrument panel and floor console a more stylish look. The car maker also adds an electronic parking brake, plus new exterior colors like Titanium Flash Mica and Sonic Silver Metallic.

These upgrades may just be what Mazda needed to make the Mazda6 at the top of the ultra-competitive mid-size sedan segment. It has a base price of around $22,000 which makes it a more practical option than its more expensive rivals like the Honda Accord, Toyota Camry, Ford Fusion, and Nissan Altima.

The Mazda CX-5 is also getting a lot of upgrades. There’s more interior storage designed to provide more space for stuff, while an electric, button-actuated brake has replaced the conventional emergency brake handle. Interior trim materials have also been improved.

The Human-Machine Interface, the latest infotainment and connectivity system of Mazda, has been added to the CX-5. The system is coupled with a control knob mounted on the center console, like those found in German luxury cars.

The CX-9 midsize crossover will also be getting a redesign for its 2017 model year. The redesigned model will go on sale in the United States in the first quarter of the year after making its debt at the Los Angeles Auto Show.

With the redesign, the company is making its seven-seat crossover lighter and more fuel efficient than older versions. It is also out to make the CX-9 more competitive amidst the growing competition from the newly redesigned Honda Pilot.

Gone, too, is the 3.7 liter V6 engine that powers the current CX-9. The said powertrain is a relic of the firm’s partnership with Ford Motor Company. In its stead is a turbocharged 2.5 liter, four-cylinder Skyactiv engine that the firm has been incorporating in many of its newer models.

2016 is also the year when some of Mazda’s vehicles will no longer be produced, like the Mazda 5 mini-van, Mazda31 SV, and the Mazda3s touring four and five-door models equipped with six-speed manual transmission.

These are basically the things you can expect from Mazda in 2016. Now it remains to be seen how their line-up will fare this year.

How Good Are Audis In 2015: A Closer Look Of The Audi Vehicle Line Up