Electric powered cars are undoubtedly quick, they produce an astonishing amount of torque from really low down, in fact, from 0 rpm. Because of the nature of how an electric motor delivers its power, you can put loads and loads of power into an electric car and still not worry about it having trouble getting off the line, you don’t need to change gears too because it doesn’t require a transmission. The Taycan Turbo S is Porsche’s entry into the high-performance world of electric motoring, and don’t be fooled by the “Turbo” in the name, it doesn’t mean the car has a turbocharger, we think Porsche just put it there just for the sake of giving the name a “racey” vibe. The Taycan Turbo S is a four-door sports sedan that has an electric motor that produces 750 hp, it does the quarter-mile in a blistering 10.5 seconds at 130 mph, and it can do 0 to 60 mph in 2.4 seconds.

If we talk plainly about 0 to 60 times, the Taycan Turbo S comes third in the world, just behind the Lamborghini Huracan Performante and the Porsche 918 Spyder. The Porsche Taycan Turbo S is quicker to 60 than Bugatti Veyron 16.4 which is over 10 times more expensive. The Taycan Turbo S also one-upped its gasoline-powered brother, the 911 Turbo S (which by the way, has an actual turbo).

What About The Tesla Model S?

Yes, we said earlier that electric sports cars don’t need a transmission. But why does the Taycan Turbo S have a 2-speed transmission? Well, Porsche did this to increase the Taycan Turbo S’s top speed, because while electric cars do pack a lot of acceleration, it needs a little push in the top end. Combine it with a very robust all-wheel-drive system and this 4-door sports sedan would make you feel as if other gasoline-fueled cars are very slow.

Acceleration Despite Its Massive Weight

To put into perspective just how brutal this car accelerates, despite weighing roughly the same as a Ford F-150 SuperCab at 5,109 pounds, just after a tenth of a second from releasing the breaks it would hit 1g and is already traveling at 4.3 mph. Another amazing acceleration fact is that the Taycan Turbo S is already traveling at nearly 20 mph after just 0.8 seconds in less distance than the car’s length.

Well, the Taycan Turbo S certainly isn’t powered by what we commonly have known as fuel, what powers it though is battery juice, and certainly, the point of going electric is to achieve high efficiency but based on a report by the EPA, the Taycan Turbo S is rated at just 68 MPGe, this means that on a full charge, the Taycan Turbo S can only do 192 miles, from 83.7-kWh that is unlocked lithium-ion battery that’s if you drive it conservatively even though there is 93.4-kWh battery size.

The Price For This Level of Performance

The Porsche Taycan Turbo S, just like any other high-performance speed machine, comes at a steep price, this particular speed machine starts at $186,350. 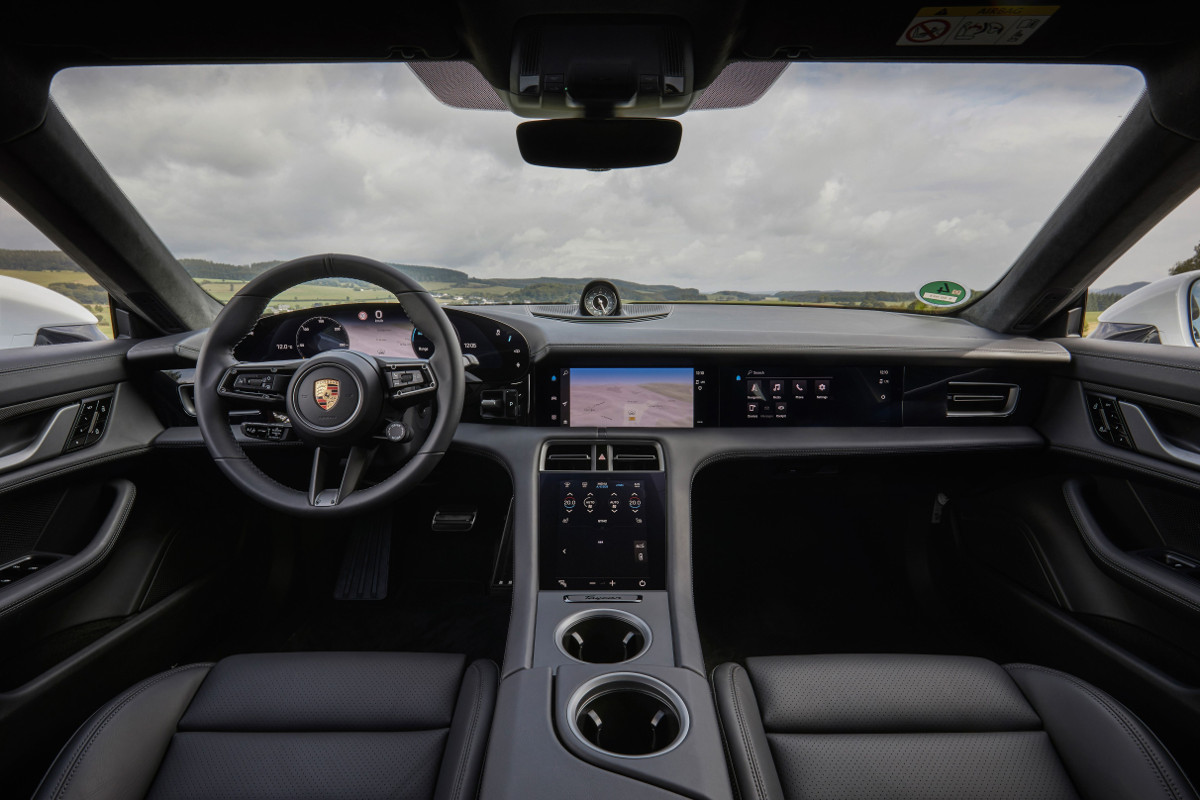