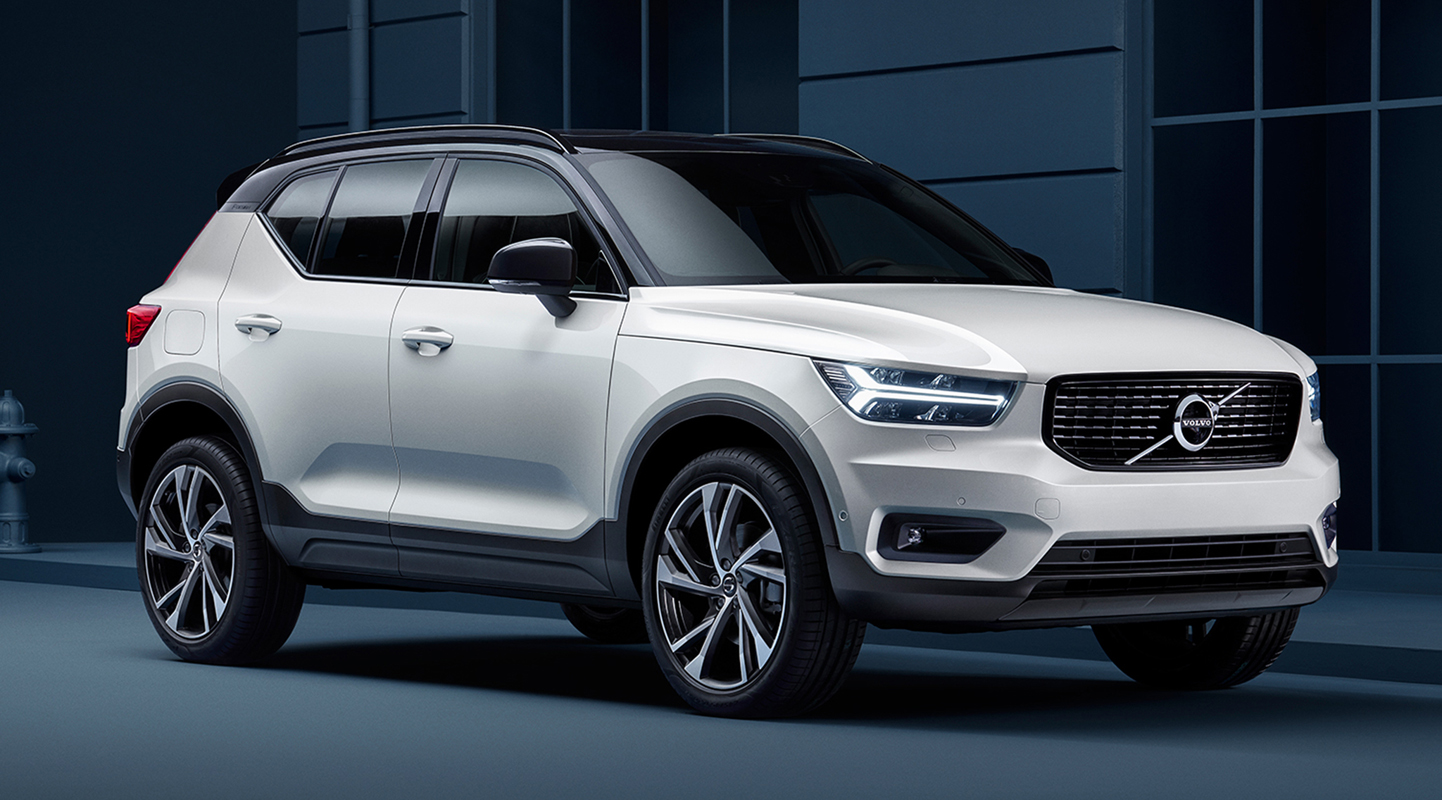 Embrace yourself! First few glimpses of the 2018 Volvo XC40 kick off the predominant comprehensions on how an ultra-modern Volvo should look like. The latest XC40 comes loaded with the goodness of a brawling swagger that is evident from the sturdy materials, sturdy forms and extravagant colors that gently remind that not all the Scandinavian fabricators are a riff on the mid-century furniture and birch wood.

XC90 redefines the 21st century Volvo and goes an extra mile to change the worldwide perception of Volvo and broaden the definition of the vehicles the company makes.

Diving in the Exteriors:

The XC40 features an improved grille that is affluently complimented by the Thor’s hammer daylight running lights that induce a racier look to the SUV. The body side showcases crisp lines that extend towards the front and rear wheels while covering the deep concave section on the doors.

What makes its rear worth watching is a secondary variation of the auto-maker’s long-established heritage of stretching the taillights up the trailing edge of the rear-most pillars.

Focusing our attention on the inner side, we observed a fine blend of the familiar and the new. Volvo’s 12.3-inch TFT instrument panel will play standard throughout the XC40 range and so will the 9.0-inch infotainment screen that grabs the eyeballs towards the centre of the dash. Like the other fresh-faced Volvos, the XC40 also commences by ‘twisting a knob’ on the center console. But we bet you that the rest is absolutely thought-through and impressively raw.

The car giant has bid an adieu to the speakers from the doors in order to make way for an extra storage space for laptop, computers and tablets. So, If you go with the top-of-the-range Harmon Kardon, your audio system will be showered with as many as 13 speakers, incorporating a subwoofer that will be mounted at the base of the windshield.

The SUV features a power rear tailgate along with power-folding rear seats. What lends an extra internal space to enjoy a comfortable drive is the foldable load space floor that paves way for additional storage underneath.

XC40 is all geared to cater bolder and unconventional alternatives such as the luxury of the orange carpet fused with the felt on the floors and doors that are evident in the R-Sport models. What makes it a paradise to the auto-enthusiasts is the classy Decor pack which includes metals with architectural designs and rubber with a stylized 3-D map that demonstrates the parts of Volvo’s hometown of Gothenburg.

Enriched with the generosity of Volvo’s new CMA hardware, the XC40 offers more classic front-drive proportions as compared to the SPA platform utilized for the 90 and 60 vehicular family. No doubts CMA derives majority of its electronic formation from the larger SPA platform, which has empowered the engineers at Volvo equip the XC40 with the company’s amazing armoury of latest safety technologies, that saw a series of upgraded over those in the 90 and 60 vehicles.

The collision warning system now makes use of the improved operating envelope that saw an advancement from 31 mph to 38 mph. Diving deeper into safety mechanisms, the car showcases lane keeping assist that will now automatically steer the car back onto the right side of the road if it discovers an onslaught of traffic proceeding. Furthermore the car is blessed with the cross-traffic alert system that will automatically apply the brakes if it observes a slow reaction to the audible and visual warnings. It will also cater to you a 360-degree camera enriched with the goodness of Park Assist options.

The company plans to unleash two variants of the XC40 that will storm the US market.  Each of these models will be available in two trim levels—R-Sport and Momentum. Under the hood, the all-wheel-drive T5 now receives the 250-hp iteration of Volvo’s turbocharged inline-four, whereas the front-drive T4 is loaded with the less powerful version of the engine. Entry-level Momentum trim models of the T4 and T5 could be purchased at $33,200 and $35,200, respectively.

Unveiling the best cars of the 2017 Frankfurt Motor show