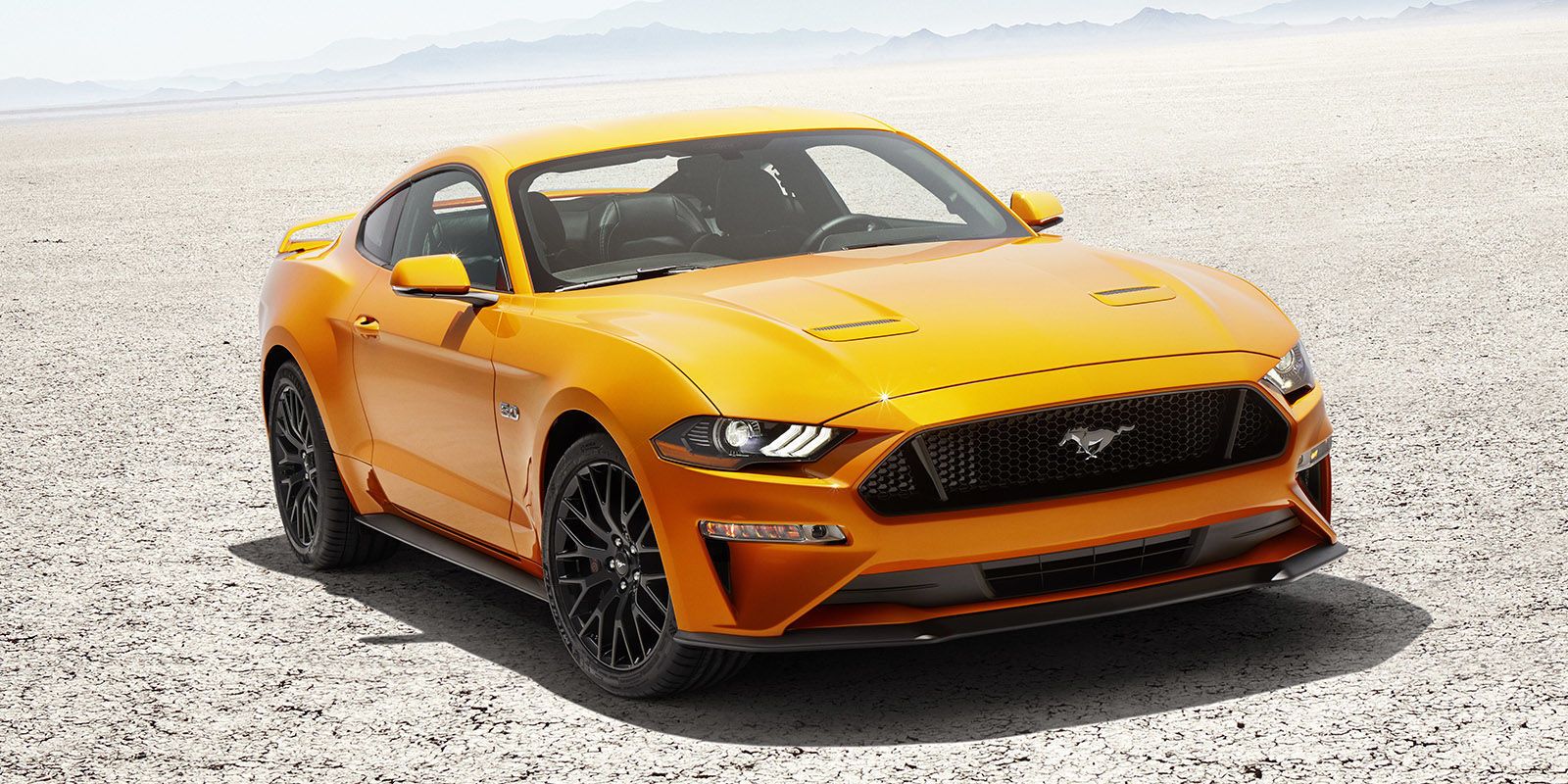 The Ford Mustang is that one supercar that needs no introduction. Yet, for absolute joy, we are about to do so. Introduced to the world in 1964, the Mustang emerged as the sensational ‘pony car’; today, over 50 years later, we review the latest version of this red-blooded monster.

Over all these years of stardom, Mustang worked wonders to provide affordable performance, abundant personalization opportunities and sexy styling. The latest Mustang takes the legacy to the next level as it storms the auto-market with its athletic moves that compliment its muscular physique brilliantly. More modern than ever, the car comes loaded with the goodness of superb-handling chassis that rest on self sufficient rear suspension.

Avail it as a classic convertible or as a racy coupe, it features an engine range that incorporates a powerful 300-horsepower V-6, a 310-horsepower turbo inline-four, and the range-topping 435-horsepower V-8. Among the wagon load of options, the highlights include an easy-to-use Sync 3 infotainment system, multiple appearance packages and other serious performance add-ons.

As we take a quick sneak peak of the series of tweaks and changes the Mustang went through, we realize the car was all new back in 2015, prominently substituting the former model’s live rear axle to pave way for an independent ultra-modern rear suspension—that turned out to be a boon for riding and handling. Furthermore, the handsome evolution of this beast’s interior and exterior helped it better turn both heads and corners, to find itself in the list of top-notch cars of the world.

As the car featured nostalgic updates for 2016 to make it a great appearance package, the changes for 2017 are even less significant. Both the driver and passenger windows feature standard one-touch up and down feature complimented by the rich ability to open and close the windows by making use of the key fob.

As we took the car for a spin, the powerful V8 came to life and hummed its own tune: a low-frequency rumble as we resumed with the joy ride. This is a clear sign of the absolute power that rests under the hood. No matter if it has earned itself the reputation of a bad-ass muscle car, it also bears the sense of shrewd decorum. It is quiet in its own way, exhibiting pleasant noise from the exhaust while offering a ride comfort better than its competitors.

Zooming the features and Functionality:

A sports-car that is a notch-higher than the practicality, the Ford Mustang is different. It comes enriched with the goodness of a 383-litre boot that accommodates your suitcases and then some. Furthermore, it offers foldable rear seats that split 50:50 to provide you with ample space inside.

The 2017 Mustang is endowed with the latest SYNC 3 infotainment which is an interactive interface featuring voice control and an 8-inch responsive touch screen. Providing complete Arabic support – it showcases maps, menus and offer the voice assistance to enhance your driving experience. It also blesses its occupants with the Android Auto, Apple CarPlay and a navigation system that caters 3.5 million POIs coupled with free map updates for as many as 5years, and not to forget the full dead reckoning support – that enables you to navigate even if you lose your GPS signal. The package also provides USB ports and Bluetooth support.

Driving down the scorching summers, the car’s efficient air conditioner came to our rescue and turned this fiery furnace into a luxury-studded cabin. To our surprise, the makers showered the car with the heated and cooled seats.

When you buy yourself a 2017 Ford Mustang GT, you not only buy an ultra-modern 2-door performance coupe, but also a brand that has earned itself a global trust with genuine heritage. It makes a great daily drive thanks to that resonant V8. For those who want to live the American dream, this GT is as good as it gets. But keep in mind, that the rejuvenated 2018 model will also be unveiled soon, so you might want to wait!