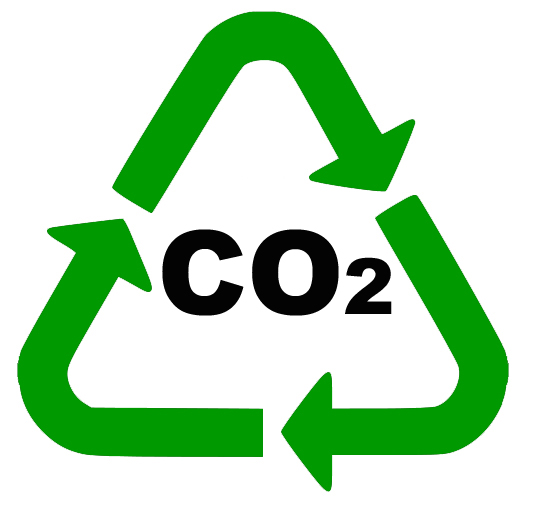 Actually, that last bit about turning carbon dioxide, that notorious greenhouse gas, into fuel isn’t really a fantasy. It’s already been done. In Tennessee, the scientists at the Oak Ridge National Laboratory have stumbled upon a chemical process that turns CO2 into ethanol.

How Did They Do It?

The discovery was actually accidental, although the scientists were actually investigating various ways of turning CO2 into some sort of useful fuel. One of the scientists admitted that they were expecting to find a way to produce methanol. But instead, they accidently discovered that the CO2 can become ethanol instead, and that’s a lucky bonus. Ethanol is already being used as fuel for several types of cars and other vehicles.

The chemical reaction the team of scientists used depended on copper and carbon molecules. These were set up into nanospikes, using a silicon surface. These tiny spikes of carbon and copper were then able to turn a CO2 solution dissolved in water into 63% ethanol.

The use of nanotechnology is the key, as the chemical process was able to use common materials instead of more expensive metals such as platinum. The process even works in room temperature. What this means is that the entire process can then be scaled up for various industrial uses. It’s just easy, and it’s a cheap process.

Emission standards check for CO2 levels, because carbon dioxide is a greenhouse gas. It traps heat inside, and so it’s one of the gases that are responsible for the climate change that the world is experiencing right now. Forget about what the fuel fossil advocates say about how global warming is a delusion and a conspiracy. It’s real.

CO2 is a natural side effect of human existence. But we don’t just breathe it out. Ever since the start of the Industrial Revolution, we’ve been pumping out CO2 and other greenhouse gases at a spectacular level. The CO2 levels before the Industrial Revolution were at about 270 parts per million. By 1960, that was increased to 313 pm. It even reached 400 ppm by 2013.

It’s not just affecting the atmosphere, but the waters too. Because of the higher CO2 levels, the oceans are now more acidic by about 30%. This change will also affect a large number of marine species.

Scientists estimate that the CO2 levels must be returned to about 350 ppm so that climate change can be averted. That’s not going to happen overnight. But that’s the reason for the stricter emission standards being set up all over the world. The use of electric cars can also help with reducing our CO2 emissions.

So now we have a new process that turns CO2 into ethanol. Even if it turned carbon dioxide into something innocuous and useless it would have been good news. But the fact that it can be turned into an actually useful fuel like ethanol is just spectacular.

What’s So Great about Ethanol?

Ethanol is a fuel that can be blended with petroleum gasoline. There’s the E10 blend which can be used for many engines, and it’s a blend of 10% ethanol with 90% gasoline. There’s also the E85 blend, which can have as much as 51 to 83 percent ethanol.

But the use of one liter of ethanol reduces the CO2 by almost 91%. This means when you use 10 liters of E10, you end up saving 2.11 kilograms of CO2. If the US consumption was able to replace gasoline with ethanol, then you’ll end up with 1,821 of CO2 a day. That’s a huge reduction, isn’t it?

The process of converting CO2 into ethanol is just the first step, but it already offers several astounding potential benefits. It’s not just for cars. You may even have ethanol generators so that you can consume extra electricity as well.

It all depends on how the process can be made more efficiently. Once that’s done, large-scale ethanol production can commence.

Will the Ghosn Takeover of Mitsubishi Succeed?