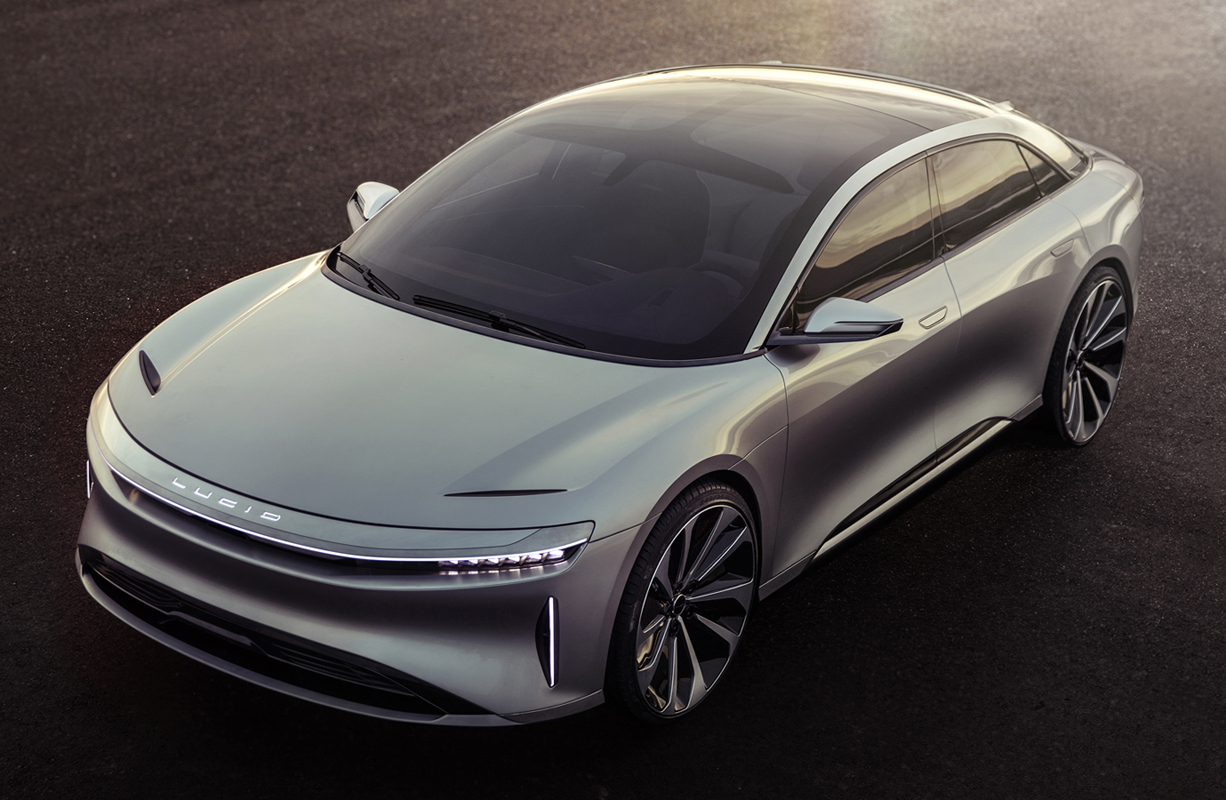 The electric car industry may have the Tesla brand ruling the roost, but its place at the top of the heap is in no way secure. That’s because Lucid Motors is coming up with its electric limo, and the new Lucid Air is being dubbed by media as the emerging “Tesla killer”. It’s planned for launch in 2019, but even now it’s generating a lot of buzz ever since it was unveiled back in December 2016.

While some of the details about the Air remain sketchy, here are some facts you should know about:

1.       It’s coming up with a base model 400-hp version of the sedan with rear-wheel drive, and the range is for 240 miles. That range looks good compared to the 215 miles you get with the Tesla Model 3. The most affordable of the Tesla Model S is the 60kWh version, and its range is just 210 miles. The Air range even surpasses the 238 range of the Chevy Bolt.

2.      The base model also comes with power seats and 19-inch wheels. Inside, the audio system has 10 speakers and the infotainment system offers 3 touchscreens. Supposedly, the car will also have the hardware that allows for autonomous driving, although Lucid isn’t saying whether having and activating this feature will add to the total price.

3.      The 3 touchscreens are spread around the steering wheel, so if you’re the driver it feels like you’re surrounded by high tech. The screen on the left controls the headlights and interior mood lighting, while the center screens have the various smart car apps. The screen on the right deals with the music and the navigation.

4.      The price of the base model is set at about $60,000 and the company is now taking in reservation deposits for $2,500. These deposits are refundable, however. That price doesn’t yet reflect any of the tax credits offered by your state or by the federal government. However, politics may have put these tax credits under further scrutiny, so it’s quite unsure just what kind of tax breaks you can get for going electric.

5.      That price seems competitive when compared with the Model S, as the cheapest version of that model has a price tag at almost $70,000 before the tax credits. However, it’s a bit pricey compared to the price tag of the Model 3 which costs just $35,000. The Chevy Bolt is also comparatively affordable at only $37,500.

6.      Lucid also plans to sell higher priced models with ranges of 315 and even 400 miles. It even unveiled a monstrous version at the CES, which came with 1,000 horsepower. That Colossus will cost at least $100,000. On the test track, that beast has already reached 160 mph and the designers expect to get 200 mph soon.

7.      The Lucid air comes with a smaller grille that’s very different from the traditional grille you may be used to. That’s because electric cars don’t have the same cooling requirements as you have with cars with internal combustion engines.

Here the grille features a small air intake that takes in high pressure air. This air is directed to the two vortex chambers which optimize the air flow. Finally the air goes through the two radiators in front of each wheel.

This design keeps the bulk of the cooling system low to the ground, and you get minimal aero drag. It’s good to have an air vent in front below the headlights, even if it is small. At least it doesn’t look as strange as the smooth front of the Model 3.

8.     A touchscreen set from the armrest controls the backseat settings, and you can set your seat to upright, somewhat reclined, or fully reclined. When Lucid calls that last setting “fully reclined”, they’re not joking. You can pretty much lie down horizontally in the backseat, even if you’re tall enough for the NBA.

9.      That horizontal position may be very relaxing, and it’s one way to fully appreciate the windshield-sunroof design in the Air. Here the windshield goes past a full foot over the roof past the line where most windshields end. That may be problematic, as something similar is featured in the Tesla Model X and Musk’s company is offering free sunshades to deal with too much sunlight.

With Lucid, the solution to this potential sunlight problem is much more elegant. There will be a canopy roof option featuring electrochromic glass. This glass can adjust the amount of sunlight that gets through, so there’s no need for ugly window shades.

10.  The size of the vehicle is smaller than the Tesla, as the hood and trunk are shorter. This makes the Lucid Air easier to drive and park. Yet the interior space is comparable to what you get from the Mercedes-Benz S-Class.

So are you excited yet? With the emergence of the Lucid Motors Air sedan, the future of electric cars looks very good indeed.

How Car Paint Colors Are Picked by Car Companies