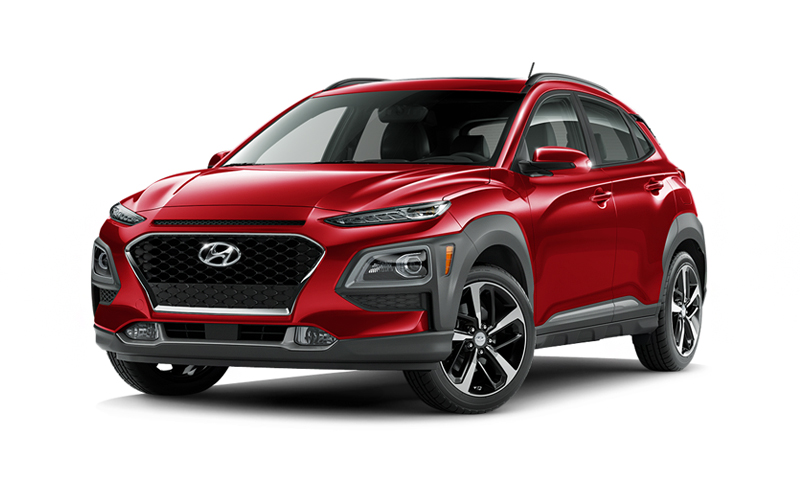 The Hyundai Kona crossover promises to be a special vehicle, and you can tell that with just a single glance at it. After all, when it was first presented at the LA Auto Show, it was clad in colors such as Lime Twist and Surf Blue. That’s just among the first signs that this isn’t any ordinary crossover that will blend in with the rest of the sector.

Instead, it actually stands out. Here’s a few of its special features that makes it different from the rest of its class.

Normally, when you consider a crossover you only have a single engine configuration to deal with. You either take it or leave it. But with the Kona, it’s great that you have a choice of engines so you can pick the best one that fits your needs and preferences.

If you’re mostly a city driver who wants to prioritize fuel economy, then you can pick the thrifty 2L 4-cylinder engine that matches up with a 6-speed automatic transmission. This will give you 147 horses along with 132 lb-ft of torque. But if you’re in the market for greater power to ferry your family and various stuff along the way, you can opt for the robust 1.6L turbo engine that goes with the 7-speed dual clutch transmission. This turbo option offers 175 HP plus 195-lb-ft of torque.

The Kona offers truly dynamic handling that will be better than other crossovers in its class. This is largely due to the use of 18-inch tires, which are wrapped in 235/45R18 tires. It goes nicely with the distinct wheel arches in the Kona. Add the fact that the Kona’s new platform actually resembles the Elantra GT is also a bonus.

This has a heads-up display that’s easier to glance at than the dashboard, since it’s located more at eye level. This obviously makes it a safer option. What sets it apart is that it’s even easier to see, partly because it’s larger than what you get from other crossovers. Its image size is at 8 inches

Also, it’s brighter than the others so it’s easier to understand what you’re looking at. The information that drivers can glean at a glance include the speed of the car, navigation data, the state of the audio system, and the status of the lane departure warning system. During the times you don’t really need the heads-up display, it can just pop back dow2n into the dashboard top.

Modern cars have plenty of safety systems installed, but this driver attention warning system makes it seem like you have a driving instructor (or your mom) right beside you when you drive. This feature can actually tell when you driving while you’re distracted or sleepy. It does this by constantly checking the steering angle of the car along with the car’s position in the lane.

If you go beyond the safe parameters, then it will consider you as tired and distracted. It will then ask you to pull over for your sake and for the sake of the other drivers on the road. You can then rest a bit or perhaps you can call a friend to drive you instead.

Surprisingly, this feature is standard in the Kona. You won’t have to pay extra for it.

Perhaps you’re objecting to this feature’s inclusion on this list, since many other cars have this feature. It’s even found in the Hyundai Sonata. However, its inclusion in this list is merited because the Kona is the first crossover in its segment to boast of this feature. This means that you won’t have to be bothered by charging cables, which can be in the way when you’re shifting gears or drinking a cup of coffee.

With this feature you can charge your smartphone without a cable. You just need to place your mobile device on the pad in the middle console storage area. You’ll then be notified by the car’s computer when your smartphone has been recharged completely. It’s so helpful that it even tells you to remember to bring your smartphone with you when it’s time for you to leave the vehicle. That should save you a few trips back to retrieve your forgotten smartphone.

The styling of the Kona is certainly unique. Hyundai exhibits its daring by not going with a safe but boring aesthetic design. Instead, it displays a look that seems to call everyone’s attention. It starts with this huge gaping grille, and right next to it there’s the split headlight design. It also features the distinct body cladding that Hyundai refers to as “urban smart armor”, and it’s pretty extreme.

This is a styling choice that’s not exactly safe. You’ll either love it or hate it—there are very few people who are indifferent to its aesthetics.