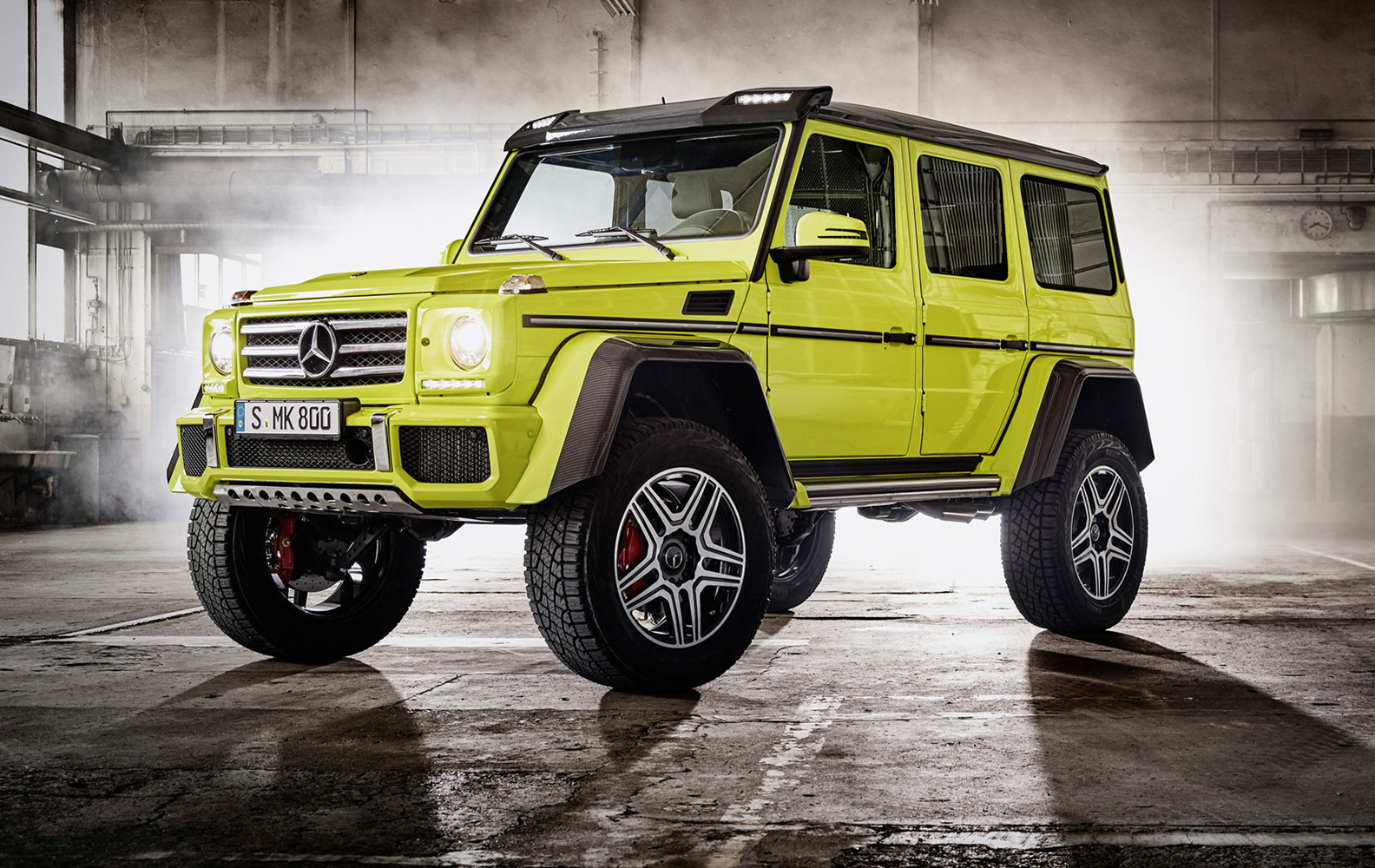 The G-wagen has almost 4 decades of history and a bunch of many different names. Some call the Mercedes-Benz G-class or the 460-series, while others refer to it as the Geländewagen. But regardless of what name you call it, you’ll probably say that name with affection that borders on outright love for this vehicle. That’s especially true if you like to use this off the road.

Here are some facts about the G-wagen that makes it so interesting and lovable.

1. It’s the civilian version of a military truck, without the social stigma that’s usually attached to vehicles like the Hummer.

2. It’s not very common, so it’s a great fashion accessory. Mercedes-Benz isn’t saying how many it makes since most of it goes to the military of some 42 countries, but it’s safe to say that it makes less than 5,000 units per year.

3. This is the car you want just in case the zombie apocalypse actually comes to pass. It’s virtually indestructible.

5. It’s much better than a brand new Land Rover Defender when you’re going off road. With the Defender, if you want to go into low or high range, you’ll first need to come to a complete stop. Then you have to push a lever and you keep your fingers crossed. Its gears don’t really always get into the proper position right away.

That’s the kind of failure that’s simply not going to happen to the G-wagen. You can shift into high or low range at speeds of up to 24 mph. You just push a button and you can engage one of the 3 fully locking differentials. You can come to a complete halt during your steep climb, and then you can still continue that climb without your tires slipping.

6. The approach and departure angles are set at 36 and 31 degrees front and rear. This makes going into a difficult trail so ridiculously easy. It makes mincemeat of tough roads that will destroy the wheels and frame of an ordinary car. It makes you look like a seasoned pro at the helm—heck, even a first-grader can probably handle this (not that we recommend that you try it, though).

8. The behavior of the G500 is like it’s the combination of a Trophy Truck that really gets you going over off-road terrain, and a refined WRC car. In low range, you can go downhill up t0 43 mph.

9. There’s a version called the G500 4×4². This comes with a new twin turbo V8, with 416 HP and 450 lb-ft of torque. This version is like the ultimate G500. Its ground clearance has been raised from 8.3 inches to an astounding 17.7 inches. In practical terms, this means you can go through flooded streets and streams that are up to 39.4 inches deep.

The power of the engine also assures you that you can get to 60 mph in less than 6 seconds. This can be achieved on any terrain whatsoever. You don’t even need to do any upgrades—this capability is available right out of the box.

If you get into trouble when you’re travelling on very bad roads, then the 4×4² will get you out of trouble with no difficulty. The brakes stop the vehicle even when you don’t press the pedals. Its electronic dampers keep the body roll to a minimum. The impressive stability control keeps you moving even if you have zero traction for the wheels on one side.

As for the colors, take your pick. There’s a color called “sunsetbeam orange” (we’re not making this up) and also “solarbeam yellow”. Are you a fan of Mace Windu and Star Wars? Then you can pick “galacticbeam purple”. Or you can always go with the usual “aliengreen” color.

10. Then there’s the G63 AMG and its 6 wheels. Inside it feels like your usual Mercedes Benz luxury car. But it also comes with 544 HP and 560 lb-ft of torque. This is the so-called “desert special” pickup truck that can drift through the dirt and climb a steep ramp at speed with cheerful abandon. You want to cross deep streams? Go right ahead.

The G500 in any guise is undoubtedly one of the most fun vehicles to drive in any sort of terrain. It’s outwardly tough, and yet on the inside you get the comfort that every Mercedes Benz buyer expects. Bring on the zombie apocalypse; with the G500, you can survive just about anything.