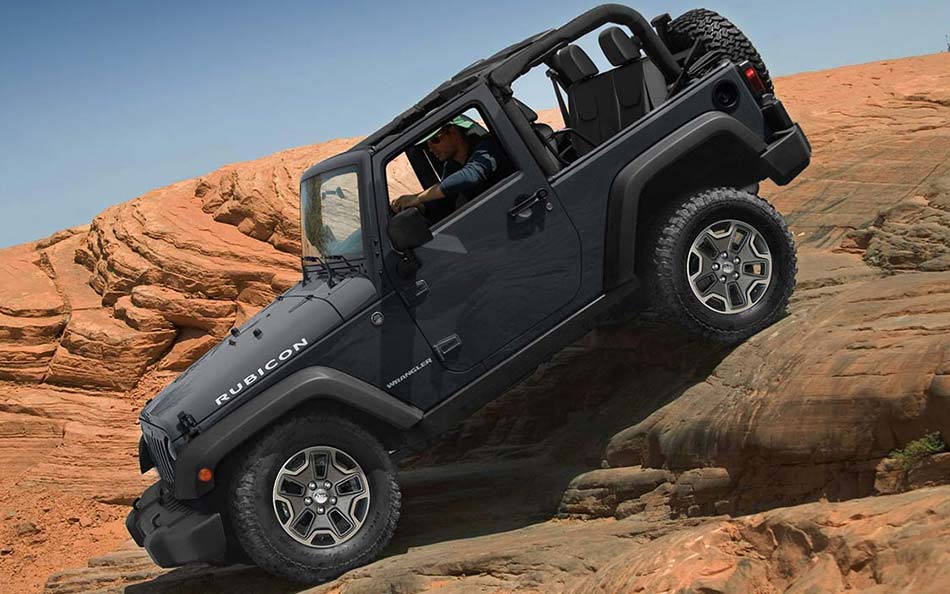 Motorists who love going outdoors know that even the latest SUV models are not exactly suited for off roading, especially with car makers prioritizing fuel economy and comfort over performance. That’s why those who like going on adventure trips would rather invest in an off-roader like the Jeep Wrangler and the Toyota FJ Cruiser.

Both the Jeep Wrangler and the Toyota FJ Cruiser trace their roots to the Willys MB US Army Jeep that were popular during the World War. Toyota’s FJ Cruiser, for instance, came from the Toyota BJ which was inspired by the American Jeeps that roamed around the streets of Japan after the World War.

But if you were to choose between the two models, which would you rather pick? This article helps you determine a reasonable choice. But first, let’s take a quick look at each offroader. 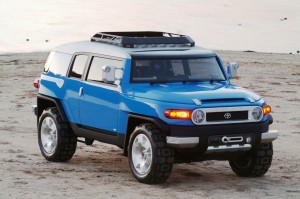 The Toyota FJ Cruiser first hit the market in 2007. It is powered by a 4 liter, V-6 engine that produces 260 horsepower and 271 pound-feet of torque. This four-wheel drive offroader has a five-speed automatic transmission and can sit five adults comfortably. Its fuel efficiency rating is estimated at around 16 miles per gallon for city driving, and 20 mpg for highway driving. 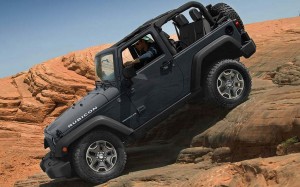 The Jeep Wrangler is powered by a 3.6 liter, Pentastar V-6 engine that churns out 285 horsepower, or about 40 percent more power compared to the older engine of the previous model. Like the FJ Cruiser, it has a five-speed automatic transmission.

Fuel economy has never been a strong suit of Wrangler, and the Jeep shows just that. The 3.6 liter V-6 engine has a very pedestrian 17mpg rating for city driving and 21 for highway driving.

As you could see, the Jeep and FJ Cruiser have a lot of similarities. Both have V-6 engines with five-speed automatic transmission. Even their sizes are almost identical, although the Toyota car has a shorter wheelbase. The Cruiser, though, is a bit longer overall.

It’s not a surprise then that both have the same performance on the road.

The FJ can move from standstill to 60 miles per hour in around 8 seconds. On the other hand, the Jeep Wrangler can hit the mark in two milliseconds faster. The same goes for braking and handling. The Jeep Wrangler takes 132 feet to halt when moving at a pace of 60 mph, and the Toyota needs just one foot longer to do the same.

And even though the Jeep has a smaller V6 engine, it trounces the FJ Cruiser with more power at 285 horsepower.

It should be noted that the FJ Cruiser is on its way out, as Toyota has announced it won’t be coming up with a new model after 2014. So you would be stuck with the same engine that has been used since 2010. The FJ accelerates well enough, but its engine emits a distracting bellow as it picks up speed. And while the steering of the FJ Cruiser may feel quick, but it is less precise compared to the Jeep.

The engine of the FJ Cruiser may be outdated but it does not look like an old SUV inside. The interior looks cool, with a dash-mounted clock, overhead console with a hill descent control, and compass making up a set of very functional on-board tools.

Both vehicles have in-dash CD and MP3 players, although the Jeep Wrangler offers satellite radio as a standard feature. The said feature is an upgrade for the FJ Cruiser. But the Toyota vehicle has radio steering controls as an upgrade option.

So which one is the better choice? Hands down, the Jeep Wrangler is the king of off-roaders. It may have a smaller engine but its 3.6 liter powertrain is capable of producing more power. It also offers more cargo space and is slightly faster than the FJ Cruiser. And since both vehicles are in the same price range, you’d rather go with the more reliable and powerful Jeep Wrangler.