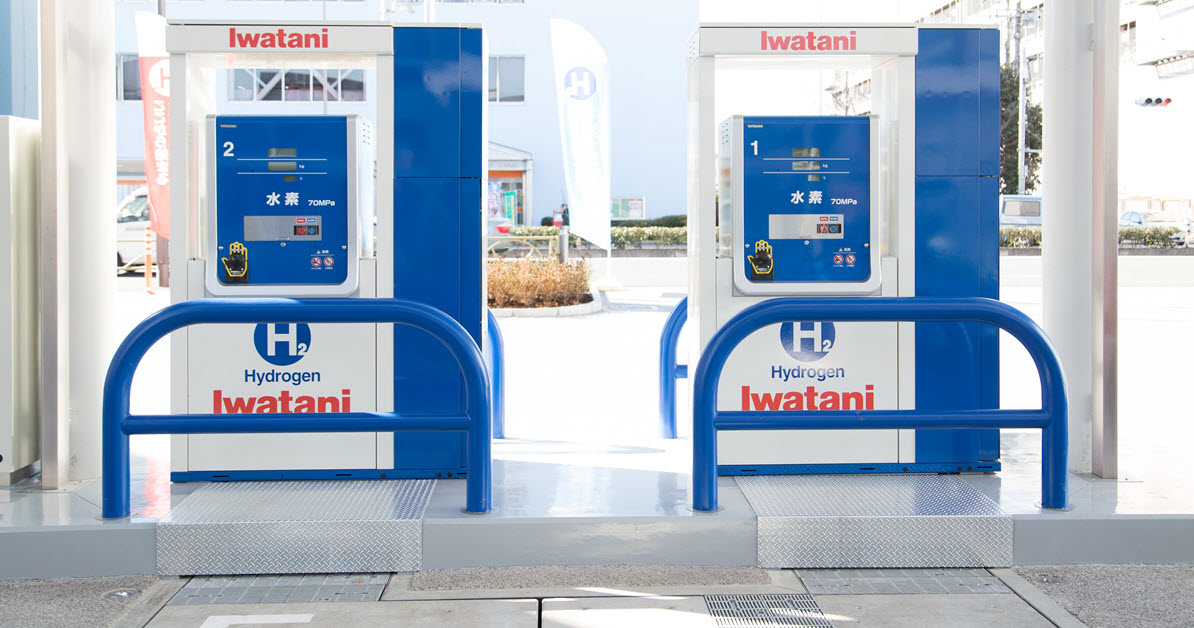 Lots of people may have never seen a hydrogen car yet. But plenty of automotive experts predict that in a few decades, they’ll be everywhere.

It’s true that very few people have ever seen a hydrogen fuel-cell car. In fact, not all that many even know what the heck a hydrogen car really is. Nowadays, alternative power for cars mean getting a Tesla or any of the other battery electric cars out there.

But in Orange County out in strange California, residents since 2016 have been able to ride a bus with a hydrogen fuel-cell. In fact, there are about 25 of these buses operating in the US today.

In the next few years, there are bound to be more of these vehicles. Hyundai has already introduced a fuel-cell SUV, while General Motors have been tinkering with a fuel-cell pickup. Even Toyota, the epitome of bland reliability, has spent more than 3 years now trying out a fuel-cell system for a tractor trailer.

When you hear the term “EV”, you probably start thinking about electric cars that are powered by batteries. The ironic thing here is that a hydrogen car is also an electric car. That is, it’s powered by electricity, except that you don’t have a battery to power it. Instead, the hydrogen car runs on a gaseous fuel.

The fuel cell produces the electricity for the car with the electrochemical reactions between oxygen (found in the air) and a fuel (normally hydrogen). The oxygen and hydrogen mix, during these reactions, to create the electrical energy. Once you get the starting chemical reaction to be big enough, then it can provide enough power to get the car moving.

It also produces water vapor as a byproduct, and this is harmless. There’s also some carbon dioxide, and it’s much better than the CO2 emissions from regular vehicles that use gas or diesel. In fact, the CO2 emission levels from a hydrogen car are better than what you get from hybrids and battery EVs.

The Advantages of Hydrogen Fuel

Okay, so now we have much lower CO2 levels, and that means the planet can breathe easier when everyone starts driving these cars. But that’s not the only advantage you get when you compare a hydrogen electric car with a battery EV.

With a hydrogen car, filling up the tank isn’t an issue. It’s just like filling up at a gas station. You only need to get to a hydrogen fuel station and you’re good to go.

That’s a problem with EVs, since it normally takes many hours to charge an EV battery fully. Often you have to charge the car overnight. You can go more quickly with a fast charger, but you don’t find many of those.

Then there’s the problem with range on an EV. In general, you only get half the range of what you get from a full gas tank even with a fully charged battery.

Consider the base model Tesla Model 3. It has a range of just 220 miles on a single full charge. But you get 317 miles on a full tank in the Toyota Mirai, and the Mirai has the shortest range you can find in a commercial hydrogen fuel-cell sedan.

What about speed? Tesla is famous (or infamous, depending on your perspective) for setting the zero to 60 mph record in just 2.28 seconds. It’s a monster at stop lights, and no conventional fuel car can keep up.

But according to the experts, you can eventually expect such high-performance speeds from hydrogen cars as well. Don’t forget that these hydrogen cars are also powered by electricity.

The main drawback here is that you don’t really find hydrogen fuel-cell stations anywhere. There are very few of them, and they’re all in California. In fact, most of them are located either within the LA area or within the Bay area. If you live anywhere else, you’re out of luck.

Hydrogen cars are also much more expensive, and filling up the tank will also cost you a pretty penny. But according to the experts, this state of affairs won’t last long. Like the prices of computers and HD flatscreen TVs, when manufacturers start building these hydrogen cars in greater numbers and the demand continues, prices are bound to drop.

The experts predict that in about 3 decades or so, hydrogen cars will be just as ubiquitous as flatscreen TVs. They’ll replace the fossil fuel cars, offering cleaner performance with faster speeds. Let’s hope they’re right, but for right now all we can do is wait.