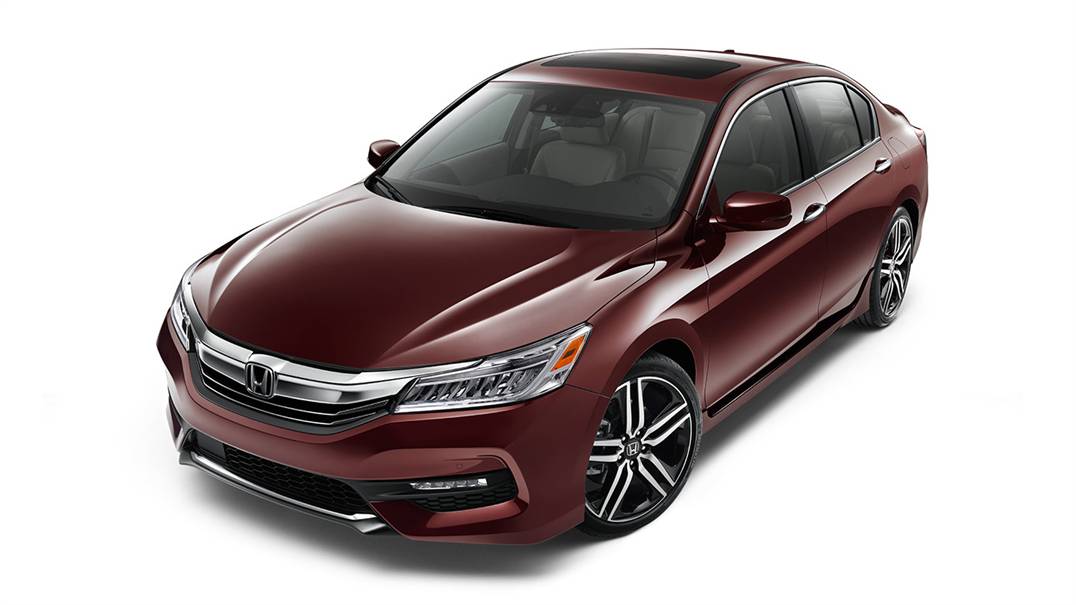 From the looks of it, Honda is eager to make up for lost time after experiencing some challenges in the last few years. The Japanese car maker has been criticized for the so-so design of the latest Civic and the release of the Crosstour. The company was also hit by the Takata airbag scandal.

In 2016, Honda appears to field in a strong roster of vehicles and regain its once-lofty status as one of the top automobile makers in the world. Here are some of the new vehicles expected to roll out of Honda’s factories this year:

The venerable sedan makes a comeback in 2016 after a one-year hiatus as Honda had to shift production from Ohio to Japan.

The family sedan will once more compete with Mazda’s Mazda 6 and Kia Optima. It will be powered by a DOHC 16-valve 2.4 liter inline-4 engine that churns out 185 horsepower and 181 pound-feet of torque. With that powertrain, the Accord can zoom from zero to 60 miles per hour in around six second and register a top speed of 127 miles per hour.

Honda is also incorporating a lot of improvements on this well-loved sedan. Its touring version will have heated rear seats, rain-sensing windshield wipers, and front and rear parking sensors. All EX models and up have remote starters, a seven-inch touch screen and HD radio, plus SiriusXM satellite radio.

The 10th generation of Honda’s flagship sedan features a striking new shape and better fuel economy ratings. Honda is out to prove that the Civic remains as one of the most preferred sedans in the world despite the poor interiors of previous models dulling its luster, and making other competitors like the Ford Focus and Hyundai Elandra more appealing to motorists.

The base engine is a 158 hp, 2 liter-four engine that is available in either a six-speed manual transmission or a continuously variable transmission. Fuel economy rating is at a very good 35 mpg.

Minor interior and exterior upgrades have been incorporated in the 2016 version of the Honda CR-Z. This is considered the only hybrid vehicle with a six-speed manual, enabling it to get a very high fuel efficiency rating of 31/38 mpg. Its 1.5 liter four-cylinder engine is complemented with a 20-horsepower electric motor that is placed between the engine and transmission. Output is 130 horsepower. Standard features include automatic climate control and Bluetooth capability.

The Honda Pilot has never been known for being at the top of the very competitive SUV market but improvements in design could help it become more appealing. Its peeress combination of utility and passenger comfort can give it an edge over its rivals like the Toyota Highlander.

The 2016 Honda Pilot has a more traditional crossover appearance. If the two previous generations had that truck look, the new Honda Pilot now has a refined, eight-seat look that makes it a very good alternative to a minivan. Its interiors are now roomy and luxurious, with different traction control settings to make traveling more comfortable.

Keeping in mind the comfort and convenience of Pilot’s passengers, Honda has put more bins and cupholders where personal items can be placed. There’s also a new eight-screen touchscreen interface up front that gives the SUV a more updated feature. The screen is standard on all Pilot models except for the base XL gives the dash of the SUV a clean look.

Honda also improved the ride and handling of the Pilot. Its stiffer structure consisting of high-strength steel didn’t add up to the weight of the SUV. In fact, it even contributed to a weight reduction of around 250 pounds. This improvement results to a smoother ride, which would make motorists think that they’re driving a luxury car. Naturally, the reduced weight also improves fuel economy.

The car, which debuted at the Tokyo Auto show in 2015, is expected to have a retail price of $60,000. According to Honda, the hydrogen powered Clarity will have more than 300 miles of driving range. It will compete head-on with the Toyota Mirai, which has a 312 mile range. Like the said Toyota sedan, the Clairty will only have heat and water vapor as emissions.

The Clarity succeeds the Honda FCX Clarity. Unlike its predecessor, its fuel cell stack is smaller. Its fuel cell engine is almost the same size as a V6 powertrain and is found under the hood. This way, more space is freed up in the cabin for the passengers.

With these new models, we have no doubt Honda intends to make a big comeback.

A Look at Upcoming Electric Vehicles