There are a few SUVs as popular, if not more popular, than the Land Rover. The car’s origins go all the way back to 1947, when Rover Company chief designer Maurice Wilks sketched the silhouette of the car in the sand of a Welsh Beach. Wilks said he drew inspiration from the American Jeeps used during World War II. As such the first Land Rovers came in various shades of light green, and a huge box section ladder-frame chassis.

The first Land Rover was officially launched at the Amsterdam Motor Show on April 30, 1948. It was powered by inlet-over-exhaust petrol engines in four and six-cylinder variants, with displacement of 1,600 cc. An integral part of the Land Rover concept was power take-off, which enabled farm machinery and other items to be run with the Land Rover stationary.

The Land Rover was well received by the public for its ability to cover rough terrain, as well as its rugged and lightweight construction. Soon after, it became the vehicle of choice among farmers and even landlords. It is reputed to be the first vehicle to be seen by a third of the world’s population.

In the 70s, however, the Land Rover’s popularity suffered a dip as more farmers turned to use Japanese 4×4 vehicles like the Toyota Land Cruiser and Nissan Patrol that have almost the same power and performance as the Rovers, but were far more affordable. 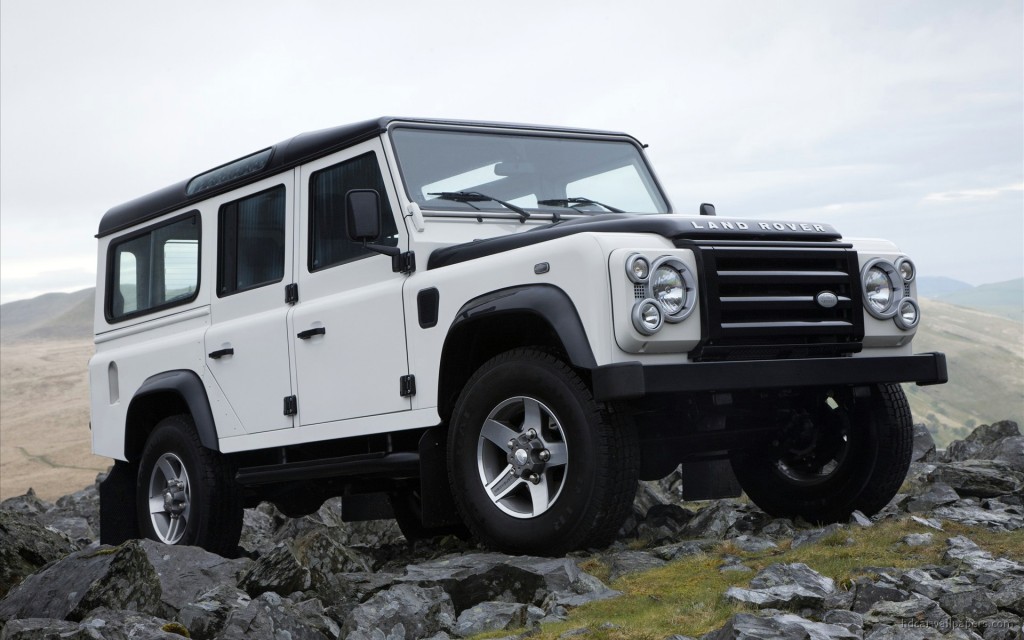 In came the Land Rover Defender, which was introduced in 1983 as Land Rover One Ten which referred to its wheelbase in inches. With a more modern engine and transmission, the Defender was able to reverse the huge slide in sales that Land Rover had experienced in the 70s and the early part of the 80s.

In the late 80s, the Land Rover One Ten was simply known as the Land Rover Defender. Throughout the 90s, the vehicle attempted to become more appealing to the higher segment of the market while remaining true to its working roots. Land Rover came out with a limited edition SV90 in 1992 with alloy wheels and metallic paint, and another model in 1998 that had automatic transmission and a 4 liter V8 engine.

After a continuous run of more than 67 years, production of the Land Rover Defender would cease in December 2015.

It was also during the 70s when the company would introduce the Range Rover, the luxury model of its line-up and currently its flagship model.

When it was launched in 1970, the Range Rover was praised for being an exemplary work of industrial design.

The first generation Range Rover was produced until 1996. It was not originally designed as a luxury vehicle, like many 4x4s such as the Jeep Wagoneer. It had pretty basic and utilitarian interiors, and even had plastic dashboards that were intended for washing down with a hose. Until 1981, the Range Rover only had two doors.

The first Range Rover was powered by a 130 horsepower Rover V8 engine. In 1984, the said engine’s power was boosted to 155 horsepower thanks to Lucas fuel injection.

The second generation Range Rover was introduced in 1994. It had an updated version of the Rover V8 engines, with an option for a 2.4 litre six cylinder turbo engine from BMW, a result of the subsequent sale of Land Rover to the German automaker. The new Range Rover had more equipment and premium trims, as Land Rover was facing increased competition in the SUV market.

The third generation was introduced eight years later. Third generation Land Rover was still planned and developed under BMW ownership, but by the time the SUV came out, Land Rover had been sold to Ford. BMW planned to have SUVs with manual transmission, but the plan was dropped entirely.

By 2005, the Land Range Rover had become one of the best selling SUVs in the market despite Land Rover’s ownership changing hands on several occasions. It was time for a new facelift to celebrate its success in the United States and Europe, and the SUV underwent exterior modifications. Of course, Ford had supplanted the BMW engines with their own motors. Now the Land Rover has a supercharged version on engine types including the Jaguar AJ V8 model that produced a noteworthy 300 horsepower.

The fourth generation of the Land Rover, introduced in 2013, is characterized by a lightweight chassis. It is powered by different engine choices, from a 5 liter supercharged V8 to a 4.4 liter TDV8 engine and a pumped up version of the 3 liter V6 powertrain.

Indeed, Land Rover SUVs have remained relevant in the highly competitive SUV market because the company has recognized the need to adapt to the changing times.