BMW tends to have a knack for defying physics laws with its creations. One of the entries to those vehicles in question is the 2020 BMW X4 M. Even its Competition model shows this particular knack for the unconventional. It shows in the acceleration figures that attest to this crossover’s capabilities.

Although the X4 resembles more of a hatchback than a crossover with its features. You can see these on its hunchbacked styling and squat stance. Labels and categories aside, the BMW X4 M is one of the quickest SUVs. Let us look at its features if it does back up that label.

The BMW X4 M stands up with its capability to go from 0 to 60 mph in 3.3 seconds. What makes this interesting is in the fact that the vehicle weighs about 4539 pounds.

So far, the one that stands out when it comes to a straight-line acceleration test is the Lamborghini Urus. Despite this, the BMW X4 M can compete. Though you have a cheaper option with the X4 compared to the others, due to how it has an $81,395 price tag.

What makes the X4’s rocket-like acceleration possible? It is thanks to its twin-turbocharged 3.0-liter inline-six. It comes under the codename S58. The other M model that has the same type of engine is the X3, which you could say is the “twin” of the X4.

The S58 happens to be the most powerful road-going six-cylinder engine created by BMW. It can roar with a 7200-rpm redline. The non-Competition X4 M’s S58 engine uses 17.4 psi of boost to crank out 473 horsepower. The Competition variant can bring out 18.9 psi into the engine, letting out 503 horsepower.

With an eight-speed automatic transmission and an all-wheel-drive system equipped with an electronically controlled torque-biasing rear differential, the X4 can pull off what the BMW M5 can and more.

While the hardware boasts a lot with its performance, it now boils down to the X4’s usability on the road. The engine can run well at low speeds thanks to its automatic gearbox and its intelligent gear shifts. Though despite its behind-the-scenes operations, the fact remains that it disguises the turbo lag below 3000 rpm. Although you notice this when you use the manual-shifting paddles on the back of the steering wheel. 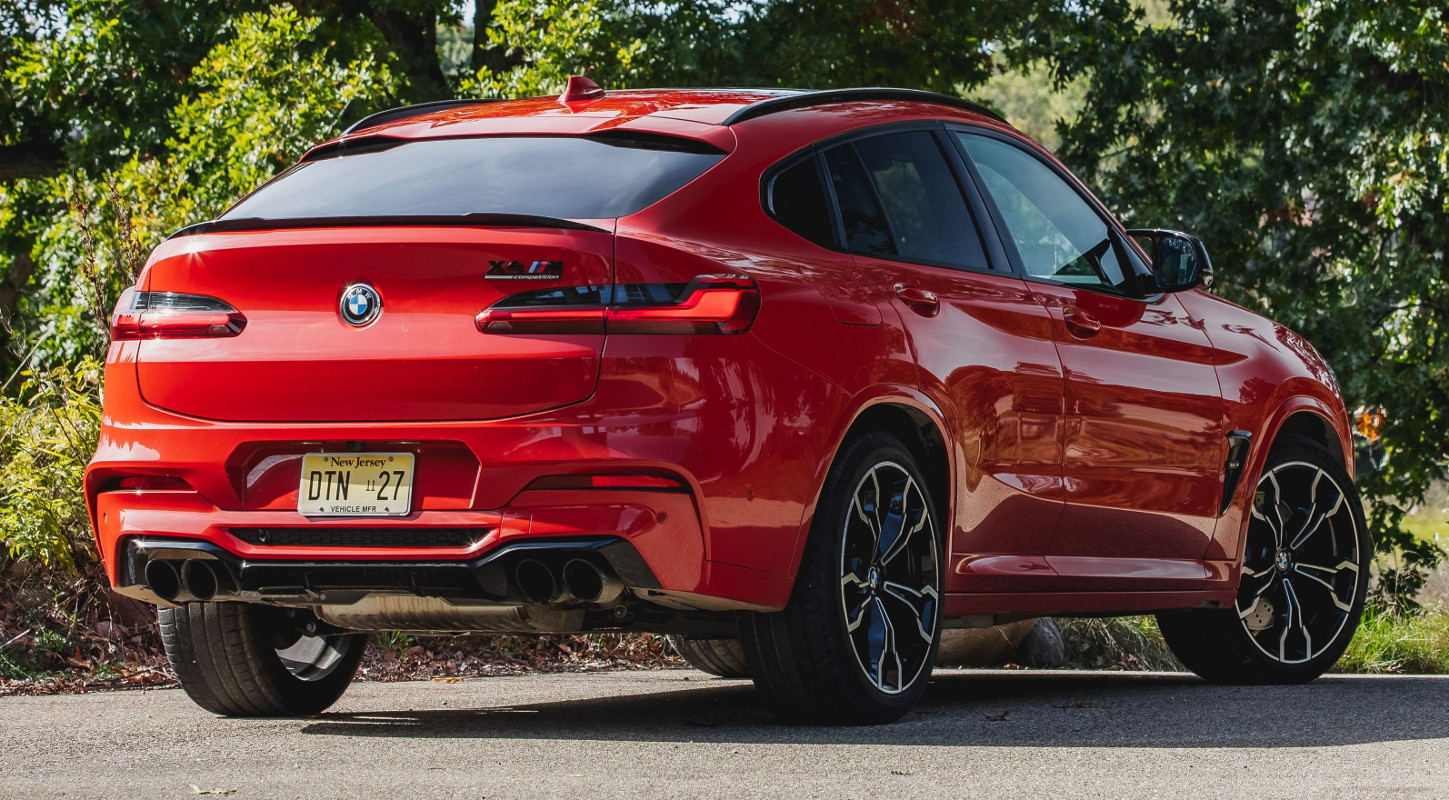 The BMW X4 M uses steel coil springs as part of the suspension system instead of air springs. Though it does run on the firm and comfortable side. It still comes with the roughness when riding the other M models. Even with the Sport and Sport Plus settings in place. Some users seem to tolerate the X4 M’s occasional impact harshness, though mostly grumbling under breath.

That’s A Lot of Settings

You would notice that the X4 M has a lot of settings affecting the powertrain and the dynamic chassis, allowing drivers to finetune to their preferences. It comes with endless possibilities but it can also be daunting. The numerous amounts of options that you can find in the X4 M can be an overload to the senses.

This also reflects in the controls, where the gear-selector can be pretty confusing that you might end up going to the wrong gear setting. The separate buttons for the engine settings, the suspension settings, and so on. It can overwhelm at times.

Though after a few rides, the driver can adjust after fiddling through the settings. They will find the best setup that fits their driving.

The BMW X4 M and the other M series vehicles have eye-catching looks and aesthetics. It emphasizes design to a fault that it somehow sacrifices practicality. When you compare the X4 M to its counterpart, the X3 M, you would note that X3 has more space inside.

Then there’s the Competition model’s increased power output. It also comes with a standard sports exhaust system, 21-inch wheels, and larger anti-roll bars. With these additional features, adding $7000 to the base price can make you scratch your head. Whether the performance and experience justify the price tag is up to debate, you have a solid BMW entry.

When you look at it, the BMW X4 M packs quite a punch despite its flaws. It offers solid performance with its powerful engine and its superior parts. You can argue that it is the X3 M’s twin. But if you want an SUV from BMW that runs below $100k, the X4 M is a wonderful option. After all, this is one of the quickest SUVs that BMW rolled out from its production line.