Tesla CEO Elon Musk has always enjoyed doing things differently, and his company has earned that reputation by getting involved in everything from electric cars to unique automotive components. However, Musk’s latest step may be the most unexpected and to many, highly unconventional of all. In effect, all Tesla patents and technologies are now free, or to use computer lingo, open source.

Free for Everyone to Use 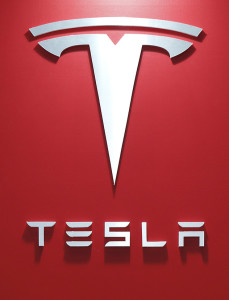 Musk just issued a statement declaring that Tesla will not file patent lawsuits against any individual or company that wants to use any of the technologies that the company has developed. What is means is that any company that wants to use Tesla patents to manufacture electric cars may do without fear of being brought to court. In this regard, the analogy to open source software is apt because with open source computer programs, anyone can use and modify the source code.

The same rule now applies to Tesla patents. For someone who is casually observing this from the sidelines, it doesn’t seem to make financial sense. But Musk doesn’t do business the traditional way, and with this step, he hopes it will help the company achieve their goal, and that is make electric cars more widely available.

According to Tesla spokesperson Simon Sproule, the mission of the company is to “accelerate” the use of electric cars around the world. Sproule also said that Tesla’s move could become the “catalyst” for other manufacturers in the business to do the same thing. If that happens, then Musk would have achieved his goal of making electric cars available and accessible to many people. To stress this point, Musk later said in a conference call putting in the hours for a cause like this one was “easier” compared to doing the same thing for a corporation.

While few would doubt the fact that Musk has a genuine vision, this move won’t bankrupt Tesla, and in fact could have the opposite effect. For Tesla to be able to sell their electric cars, they need to get out of the niche market they are in. There are many reasons why Tesla remains in the market situation they are in now, but what it really comes down to is this. Tesla needs to stop people from thinking that these are electric cars, and instead accept that they are cars, and there’s nothing unusual or “strange” about driving one.

In other words, Tesla and Musk are looking at the big picture.

Right now, Tesla just has the Model S to offer the public who want an electric car to replace the one that they’re currently driving. The Model S has a range of over 200 miles with a network of charging stations in many parts of the US, 96 in all. There are several dozen more appearing throughout Asia and Europe, and if other companies start using Tesla’s technologies, this could create a snowball effect and prove beneficial to Tesla.

According to industry observers, Tesla’s goal is to sell electric cars for around $30,000 and with a 200 mile range. If they achieve this target, then these cars would become less of a curiosity and become a genuine alternative to gas powered autos. To this day, Tesla’s Model S is something that attracts techies and geeks more than the average Joe, and the company is looking for ways to address that situation. By making their patents freely available, Tesla hopes Americans will see cars running on electricity are practical.

But spreading the good news about electric cars won’t just bring good publicity for Musk and Tesla, because if automakers start using Tesla patents, the value of the company will shoot up, not to mention validate all the work that they have done. If one looks closely at the situation, the reasoning behind Musk’s move is clear. All of Tesla’s patents will be worthless if the company goes bankrupt because the public doesn’t want to buy electric cars.

Musk knows that many people are resistant to change, and even more so when it comes to something taken for granted like gas powered cars. If there are more electric cars being driven around, the public resistance will break down, and Tesla will be right up there.

Now that all the facts have been laid out, maybe Musk’s strategy isn’t as outlandish as it may seem at first glance.

Best All-Around Vehicle of 2014: Honda Accord