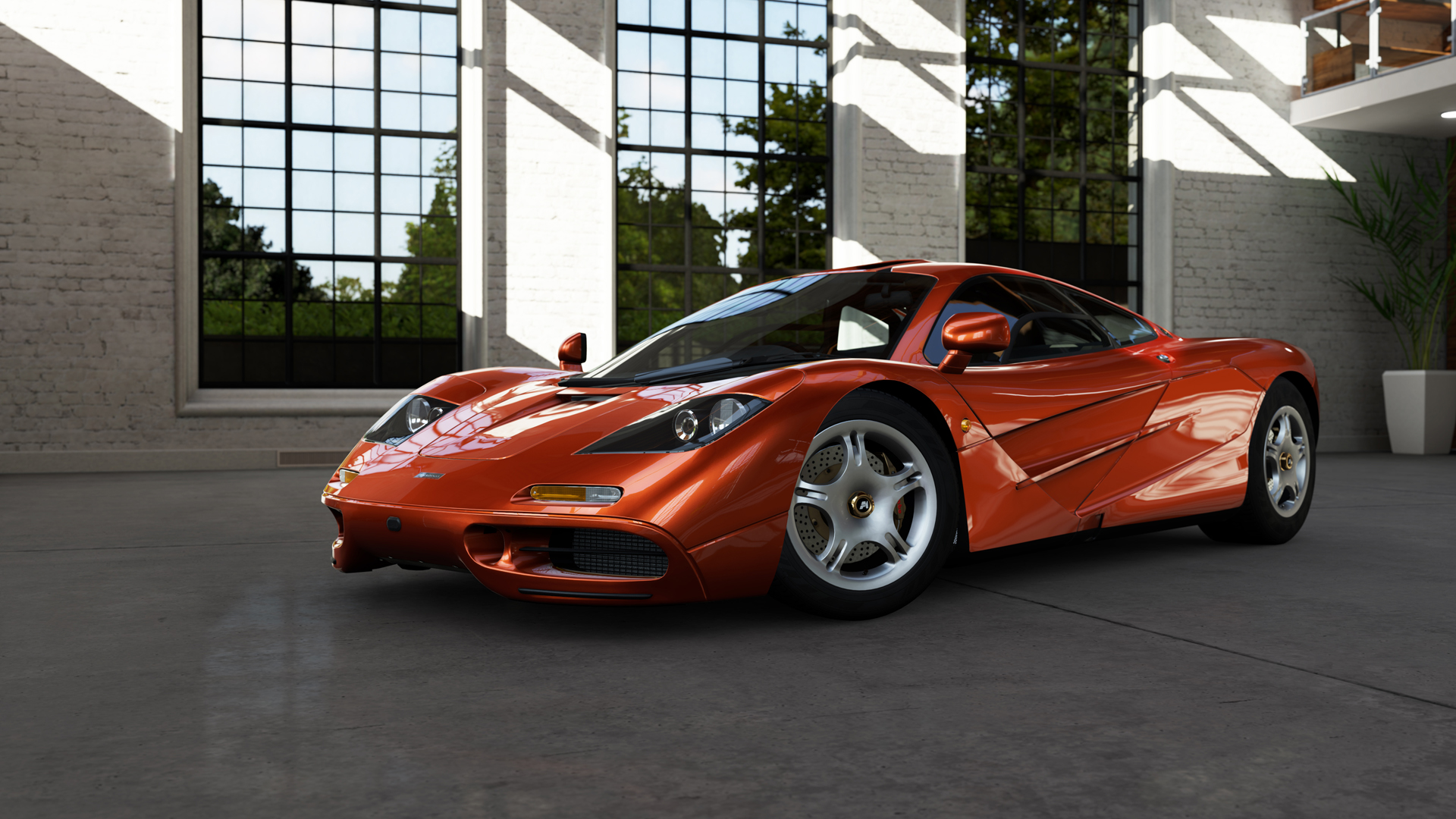 The 1990s was a special time for supercars, and none was perhaps more super than the legendary McLaren F1. It was literally a record-breaker, as it posted the fastest production car speed ever in history. Even with a rev limiter it was able to go past 230 mph, and with the rev limiter disabled the unleashed result was an unbelievable 243 mph. That record would stand for 7 years, lasting from 1998 to 2005.

What was simply astounding was that the F1 was not exclusively for the track. It was instead a real road car, as McLaren still factored in driver and passenger comfort as well daily usability. It was different in its design, as in front the driver seat was located squarely in the center. At the back, there were two seats for passengers.

It used a 6.1-liter engine from BMW Motorsport, and this gave it 627 horsepower though the engine was naturally aspirated. The car was so intense that with only minor modifications, it actually won the 24-hour Le Mans race.

The F1 was in production from 1992 to 1998, and during all that time McLaren sold a total of just 106 F1 cars. If you were a buyer then, it would have been a killer investment. Forget about car depreciation; you can sell your F1 now for at least 8 times the money you spent to buy it. You won’t find as many stocks that have performed as well.

Since the last F1 came out, people have wondered about a McLaren successor to this legendary supercar. While McLaren did continue to deny rumors and reports about a follow, they’ve now admitted that the rumors are true.

So what can you expect of the new successor to the F1? Here are some rumors and reports that have spread online throughout the industry.

3.      The first of the cars will come out of production in early 2019. Right now, there hasn’t been a real prototype yet, but then again McLaren still has 2 years to go.

4.      Don’t even think about buying one for yourself. If you’re only hearing about this now, you’re too late. All 106 of the projected units have already been presold. It’s interesting to note, however, that this time the 106 units have been sold very quickly, whereas in the 1990s the sales were spread out over 6 years.

5.      In fact, because this is a “bespoke” car many of the features are customized. McLaren is in continuous discussions with the future owners so that it can be tweaked to conform to the buyer’s preferences. At the very least, it’ll be in the color the customer wants.

6.      According to McLaren insiders, the car will be the fastest and most powerful that the company has ever produced. This means that it will go faster than 243 mph. However, the jury is still out on whether the new car will be able to beat the Bugatti Veyron, which broke the F1 speed record in 2005. That model reached more than 253 mph.

7.      The engine will also be a hybrid. This means that its engine will probably provide at least 1,000 horsepower. It also means that it’ll be a quieter car than the original. It’s also additional confirmation that the EV and hybrid trend isn’t just a fad. It’s likely here to stay, despite political uncertainty regarding environmental initiatives.

8.     The car will also follow the F1’s pursuit of terrific aerodynamics. The F1 aerodynamics was astonishingly perfect for the time, and many wonder if it can even be improved. Also, the chassis will be carbon fiber and there will be 3 seats as well.

9.      The car needs such a powerful engine and perfect aerodynamics because supposedly, this will be a very comfortable car to drive and ride in. In fact, McLaren’s verbatim promise included the “highest levels of refinement”. With plush luxury features in the interior, it means that this new car will be much heavier. The original F1 weighed a measly 2,500 pounds. When you add a music and infotainment system to the car, the weight will certainly creep up.

10.  No one’s really sure about the price either. One report mentioned a price tag of about £1.65 million before taxes, and that’s about $2.06 million. Do the math, and that’s $218.36 million for McLaren, plus more plaudits and recognition for their brand.

So right now, even if you have $2 million, you won’t have a chance to drive it unless you already knew in advance. If you want to try riding in it, you need to have a friend among the lucky 106, and you’ll need to wait a couple more years. But everyone is sure that the new BP23 will be worth the wait.

The Long History of Self-Driving Cars

The Aftermath of the Volkswagen Scandal: What Happened Next?