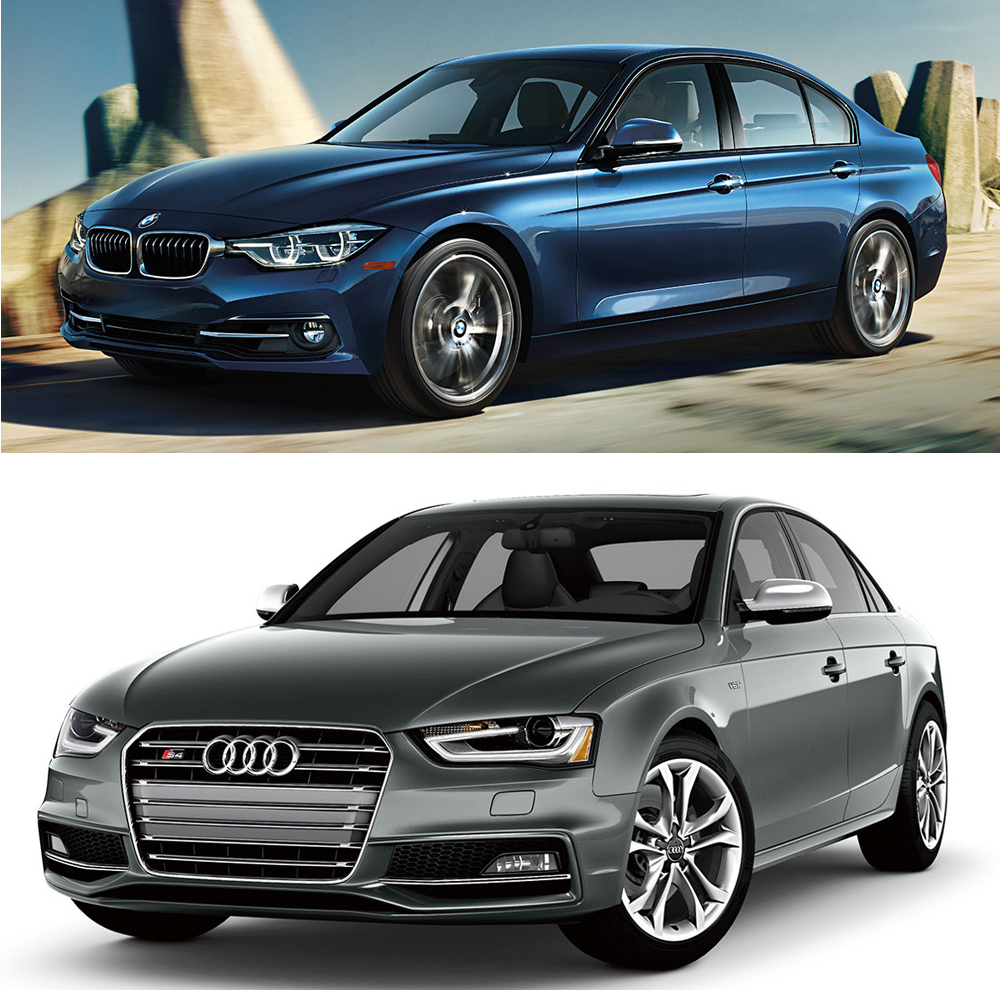 The sport sedan market is getting more and more competitive with the release of the all-new Audi S4. The BMW 340i, which recently replaced the 335i, has just found a new competitor in the Audi S4 as well as other competitors like the Jaguar XE S and Mercedes Benz C400.

So which is the better car, the BMW 340i or the Audi S4? Let’s take a closer look at both sedans.

Some motoring observers agree that the BMW 340i is the best ever in the company’s 3 series. The 3 series is so important to the German automaker because it essentially made it successful. More than 14 million units in the past 40 years were sold, or about 25 percent of BMWs made each year. That’s how significant the 3 series is to the company.

The flagship of the 3series, the BMW 340i, is powered by an all-new 3 liter, inline six-cylinder engine. It produces 320 horsepower and torque of 330 pound-feet. It can take the vehicle from 0 to 60 in around 4.6 seconds. Motorists who prefer an automatic transmission can do so with the eight-speed Steptronic automatic.

On the other hand, the Audi S4 has a 3 liter, turbocharged V6 engine. It packs 354 horsepower which is 34 ponies more than that of the 340i. It also beats the BMW sedan in terms of torque, packing in 369 pound-feet or almost 40 pound feet more than that of its rival.

Despite having more power and torque, the S4 is surprisingly slower than the 340i. According to Audi, the S4 can move from standstill to 60 miles an hour in 4.7 seconds. Hence, it is 0.1 second slower than its rival. But German automakers are notorious for underrating their performance figures, so it’s anybody’s guess on which car is really faster.

The BMW 340i may not have an engine that is as powerful as that of the S4 but it makes up for it with great handling. After all, one of the great things about the 3 Series is its superior handling. The 340i takes it to the next level especially with the Track Handling package which includes variable sport steering, adaptive M suspension and sport brakes.

BMW also improved the suspension and chassis of the 340i. For one, the number of mount points for suspension was increased and electronically controllable shocks were also added. Drivers can activate the drive mode, with the vehicle changing its damping rate. This makes the 340i poised even when cornering.

Audi also upgraded the steering and handling of the S4 so that it can provide a more supple ride. But many motoring journalists agree that the BMW 340i is still better when it comes to handling.

Of course, beauty is in the eye of the beholder. So it is up to a buyer to decide which between the S4 and the BMW 340i is better looking.

The latest Audi S4 is typical of Audi creations. It has stylish and sumptuously trimmed cabins. Quality of the materials used in the interiors is also topnotch. It has form-fitting sports seats, gray-faced instruments, and flat bottomed wheel. Trunk capacity is 12.4 cubic feet.

The BMW 340i is also a handsome car as well. There are basically no changes to the exteriors, while there are a few metal strips added to the interiors.

In terms of technology, the S4 features the MMI infotainment system which has a controller knob and related buttons that lets drivers navigate through menus on a central screen.

On the other hand, the 340i has BMW’s iDrive system. This is still a bit better in terms of ease of use due to its straightforward menus and quick processing times. Drivers can use their handwriting inputs with the use of their fingers.

Of course, the specs, technology, and interior/exterior design only tell part of the story. It is hard to measure things like driving feel and enjoyment.

In terms of pricing, there is not really much of a difference between these two sedans. The BMW sedan has a price starting at $45,800 while the price of the S4 has yet to be announced although it is expected to start at $50,000.

The S4 won’t be on sale in the United States until later this year, so there will be some time for motorists to test how the two cars match up against each other. But one thing is certain. With the Audi S4 adding to the already formidable list of rivals like the Jag XE S, the BMW 340i will have a harder time topping its segment.

Jaguar XE vs. Cadillac ATS: Luxury At Its Finest