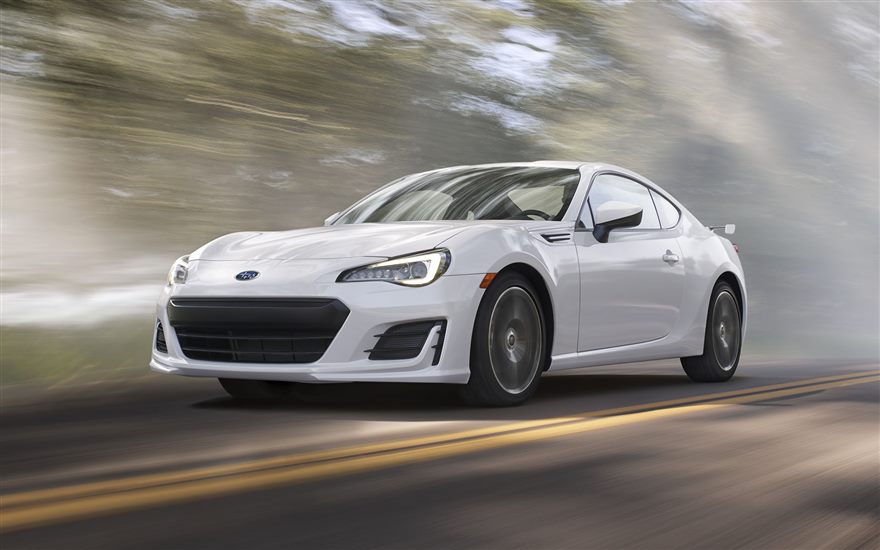 The Subaru BRZ is the first rear-wheel sports car from Subaru. There were hardly any changes for the sports car since it was first rolled out in 2012.  Four years after, there was no doubt that it needed some updates. The 2017 version has some minor renovation, with a redesigned front fascia, a new bumper cover, and revamped headlight assemblies.

Aside from the very minor cosmetic changes, the new BRZ is also slightly more powerful than its predecessor. Its output is now 205 horsepower compare to the 200 of the 2016 model. Torque is also higher from 151 pound-feet to 157.  However, the six-speed automatic model will still have the same 200 hp and 151 pound-feet torque.

There’s no word yet on the price, but don’t expect the new model to be a lot more expensive than its predecessor. The 2016 model was sold at around $25,000. The 2017 BRZ will hit the market in September this year.

The Subaru BRZ still has the same 2-liter Boxer engine, but it has been redesigned to increase friction reduction. It has a new camshaft, as well as valves and cylinder heads. Better air flow is achieved with a new exhaust manifold.

There’s no word yet on actual performance details, although observers believe that the automatic models will be able to sprint from 0 to 60 miles an hour in around 6.7 seconds. Top speed should be around 143 miles per hour.

The six-speed manual will be able to accelerate from 0 to 60 miles per hour to around 6.6 seconds. Top speed is expected to be around 141 miles an hour.

The car features the standard stability control. It also has a five mode control, including a “track” mode that allows users to turn off the traction control. This replaced the “sport” driving mode, thanks to the improved chassis which also affected the stability control system of the car.

Aside from the cosmetic changes outside the car, there are also some changes to the styling inside the BRZ. The grey colored plastic insert on the center dash is now gone, replaced by leather inserts with red stitches. The change may sound mundane but it does match the rest of the car’s interior, making it look more attractive. The steering wheel also gets a new leather cover, with red stitches that match the audio and Bluetooth controls.

The car is available in two trims— Limited and Premium. The stick-shifted limited  trim also has a performance pack which includes premium performance shocks, larger rotors, and Brembo calipers.

The coupe also now has a 4.2 inch LCD display, which shows various details oil and water temperature, accelerator pedal position, g-forces, and even a stop watch to record lap times.

For those drivers who aren’t comfortable with the stick, there’s an incline start assist. It holds the vehicle for a couple of seconds before it is started to accelerate on a hill. This virtually eliminates the risk of the coupe rolling back when starting on an inclined area.

The BRZ has three point seatbelts for all seats, including pretensioners and force limiters. The car also features the advanced frontal airbag system of Subaru, with dual-stage deployment units for both the driver and passenger. There are also front side torso airbags and side curtain airbags.

At its price range, the Subaru is pitted against other cars like the Mazda MX-5 Miata and the Hyundai Genesis Coupe.  The former may not be a coupe like the BRZ but it is also a rear-wheel drive vehicle that is around the $25,000 price range. It also has a 2 liter engine that churns out almost the same output as that of the BRZ—155 ponies and 148 pound-feet of torque.  But in terms of acceleration it can sprint to 60 miles an hour in less than 6.5 seconds, around 0.2 seconds faster than the BRZ.

Another competition for the BRZ is the Hyundai Genesis. It’s slightly larger than the Subaru coupe, but has more power (348 horsepower) and higher torque (295 pound-feet) than the BRZ. It is also faster than the BRZ with a top speed of 155 miles per hours.  It can also zoom to 60 miles an hour quicker than the Subaru, doing so in around 6 seconds.

The newest Subaru may have gone through some cosmetic changes, and comes with more power coming from the hood but it isn’t exactly the fastest in its class. The 205 horsepower and the 157 pound-feet of twist is good enough for a sports car, but it is easily trumped by the Hyundai Genesis.

Despite not being the best in its class, the new BRZ mode still is a not a bad choice for motorist. Those who are loyal to the Subaru brand will also find it stylish and elegant.

Top 10 Reasons Why Off Road Fans Love the G Wagen