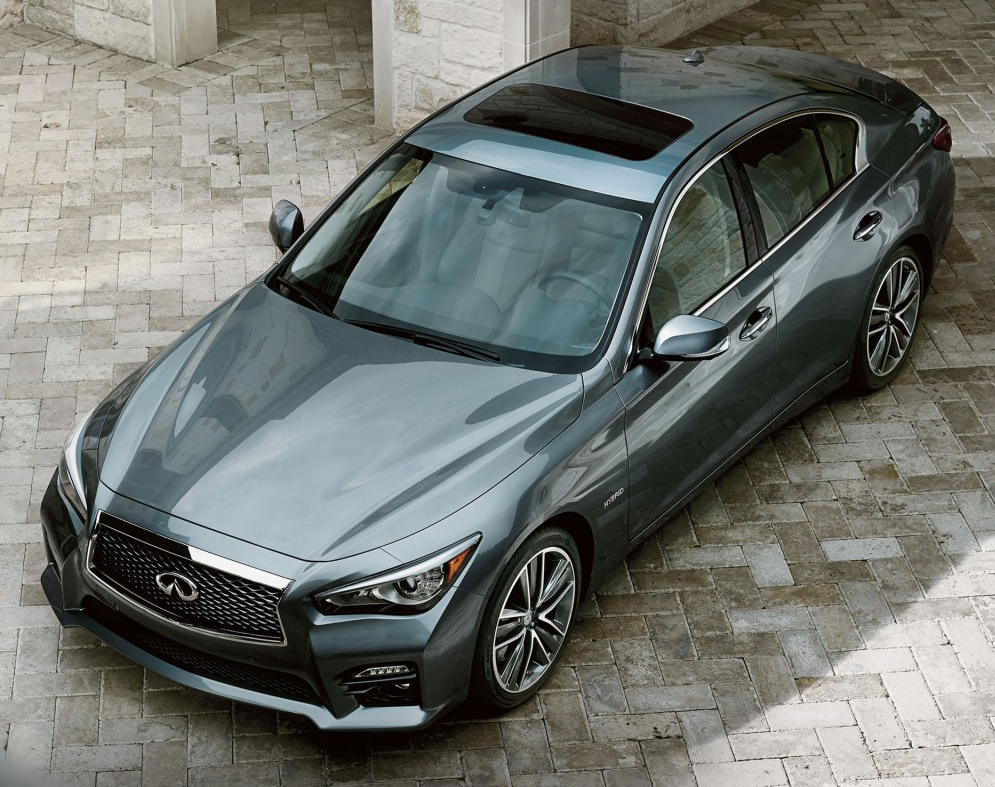 In the luxury car market, the most famous names in the category are the BMW 3-series, the Lexus IS, and the Mercedes Benz C-Class. Now Nissan is trying to jump into the fray with the Infiniti Q50, and it has made quite a splash. The Q50 is the handpicked successor to the vastly-popular Infiniti Q40 (formerly known as the G series) which is showing its age a bit. In 2012, the Q40 accounted for more than two thirds of Infiniti’s car sales. Even in 2013 when the Q50 was introduced, almost one out of two Infiniti cars sold was a Q40.

So is the Infiniti Q50 a worthy successor? Let’s take a look: 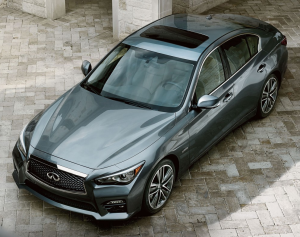 The power of the Q50 3.5-liter VQ series V6 engine and a hybrid electric drive system is phenomenal. Together, this hybrid system churns out a robust 360 horsepower and a lot more torque that to provide for your needs. And this hybrid system wasn’t developed only to satisfy a yuppie environmentalist. It was actually to make the car go even faster. All that power goes through the 7-speed automatic transmission and the fabled ATTESA all-wheel-drive system, so you can go from 0 to 60 mph in just 5 seconds.

Of course such speeds undoubtedly mean that fuel consumption can be problematic. It offers 27 mpg in city conditions and 31 mpg when driving on the highway.

The new direct adaptive steering (DAS) system offers sufficient “feel” and will tell you a lot about the road. But there’s a certain detachment here. You may perhaps be concerned about the numbness, and it won’t give you the nuances of the road.

Infiniti also has to manage how the gasoline powertrain works with the hybrid drive system. When you press the gas pedal hard, you will notice some sort of delay before the gasoline engine provides the power needed by the electric motor. This can be very disconcerting, especially when driving on an incline when you need power on demand.

In addition, like many cars there’s a pair of paddle shifters mounted behind the steering wheel. These paddle shifters are supposed to help you mimic manual control, but they don’t. Usually you have some options as to which gear to shift to, but the Q50 may compel you to shift to the gear the car wants you to. That actually renders the paddle shifters useless.

There is a sports package available, and that gives your Q50 a superb suspension that stabilizes the car in tough corners and high speeds. But this package makes the springs and shocks a bit too stiff, and that can really make driving uncomfortable.

No doubt about it, the Q50 looks great. And if you really want it to look its best, you may want to consider the optional 19-inch wheels. But even without those tires, when you take this baby out for a spin you will get some astonished stares and some effusive comments about its aesthetics. The striking looks are truly impressive, and quite hard to ignore.

It really does have a balanced look. It seems ferocious in front, but the aggression is neatly tempered by the softer curves at the back. It seems like it’s both fast and yet comfortable to ride in.

How It Feels Inside

Inside, it feels both sporty and ultra-modern. The vibe is actually quite nice and elegant. And inside your eyes will undoubtedly be draw to the dual touch screens LCDs. This is a truly modern feature, and it’s quite uncommon even among expensive sedans. These screens are very versatile: you can use the touchscreen to customize the settings in the car, control the climate settings, and even get to some information articles. The view is quite good, and it’s very easy to read.

But of course, it’s not perfect. There may be some lag while you try to execute your commands. There’s voice activation, but it doesn’t really seem to understand basic American English. The navigation system itself looks passé.

So does the Q50 deserve an exalted position among the greats in the luxury car segment? Admittedly, it’s not exactly as refined as the Lexus IS. It will not give you as memorable a driving experience as the BMW 3-series. And it doesn’t quite match the prestige and brand recognition of the Mercedes Benz C-Class.

Yet all in all it is a superb car nonetheless. You won’t be able to deny that. It’s a good-looking high powered sports sedan, with lots of gizmos and gadgets inside to satisfy any geekhead. It tops out at $55,000, though other car models with the same features and equipment inside will cost a lot more. When it comes to value for your money, the Infiniti Q50 will be tough to beat.