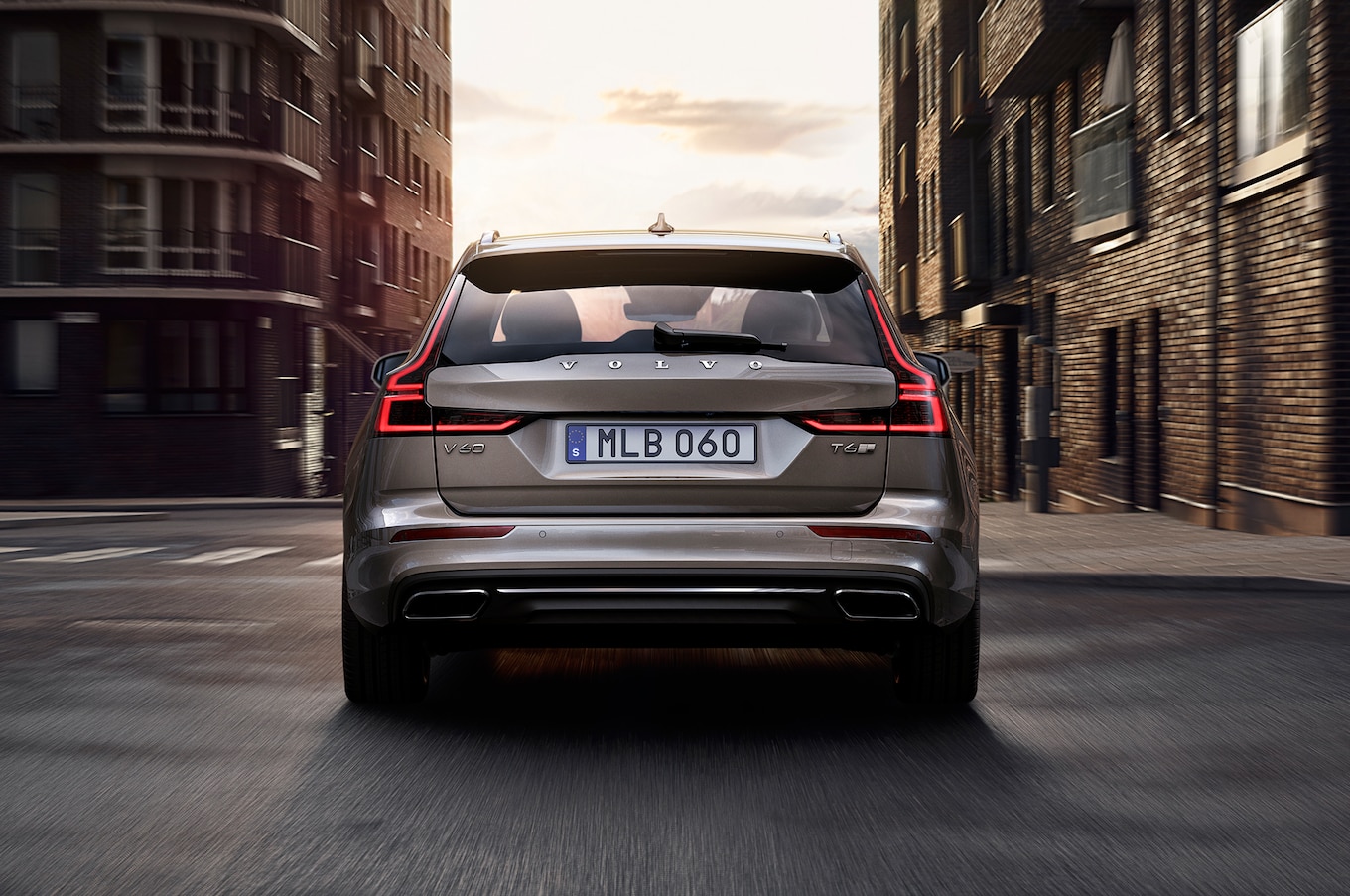 When Volvo announced a new midrange line the expectation was they would commence with the V60 Cross Country or the S60. But they decided to go with the V60 station wagon and it looks like a great choice. This is a less expensive version of the V90, and those looking for a luxury wagon will not be disappointed.

The V60 uses Volvo’s Scalable Product Architecture, the same one on the XC90 and XC60. Its powertrain – 8 speed automatic and 2 l transverse mounted inline four – is based off the V90.

The supercharged and turbocharged T6 has a 295 lb ft of torque and 316 horsepower, and it comes solely as an all wheel drive. The T5 has turbocharge, giving it 258 lb ft of torque and 250 hp. Volvo says the T5 is currently only front drive though they are plans for an all wheel drive drive. A hybrid plug in called the T8 is being developed which will have an electric motor.

These iterations of the V60 aren’t scheduled to for US release until early 2019. These upcoming models should also not be confused with the current V60 as these vehicles are bigger and have more features.

The V60 comes with a 9 inch touchscreen with 50% additional processing power, beautiful wood trim with metal accentuation and inserts with leather stitching. At the center of the console is the ignition switch, and between the seats is the drive mode selector.

You also get the option to install the Bowers & Wilkins audio system speaker system. If you have seen the interior of a V90 these will sound familiar since the two are basically the same.  Both of them have the same roomy feeling as is standard with Volvo.

The standard leather is nice with an option for even softer leather. The seats are of good quality and the cabin shuts out road noise. The V90 also has noise dampening properties but it is quieter in the V60.

The V60 luggage compartment is smaller than the V90. With the V90 you get 45.4 inches of load floor whereas it is only 40.7 inches on the V60. You can optimize the cargo hold with its vertical oriented glass rear hatch, giving you 23 cubic feet.

The V60 is shorter than the V90 by 7 inches. But by trimming the front and having it ride closer to the ground the V60 still looks sleek. A comparison with the outgoing V60 shows this model is 4.9 inches longer, 2.2 inches lower to the ground and has 3.8 inch longer wheelbase. One way you can tell the difference is the new V60 has a character line along its rear fenders.

The V60 comes with the City Weave textile interior that brings cloth inserts on the doors and seats. This gives the V60 a posh, upscale look and makes the seats even more aesthetically pleasing.

A heads up display is included as well as a panoramic sunroof and LED headlights. The V60 also comes with the City Safety automated emergency braking and steering system and other safety features.

There is also a Pilot Assist for blind spot assistance and adaptive cruise-control. This self steering mechanism has been upgraded so it has better handling when you’re driving along curves and corners. 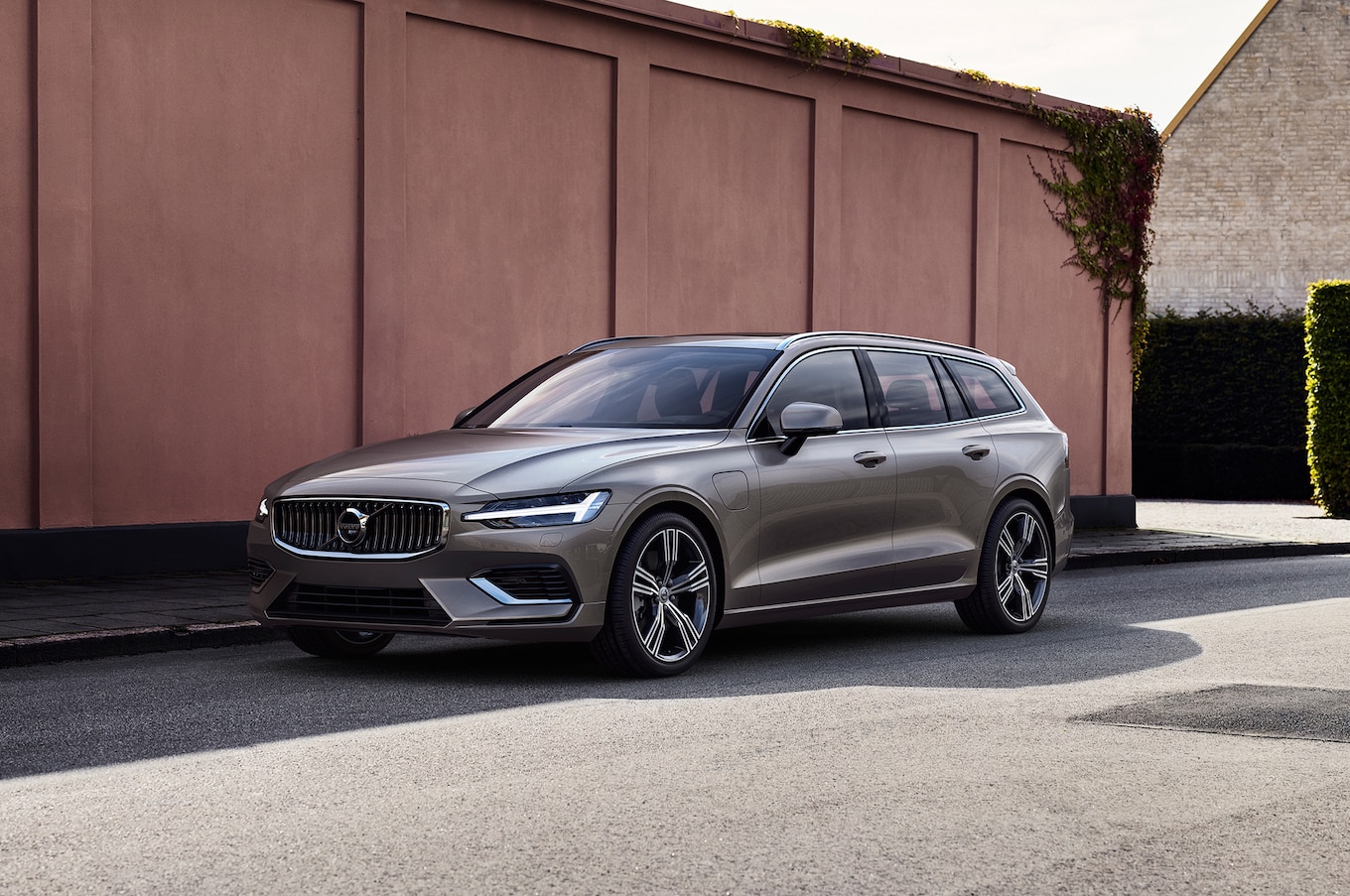 The V60 handles different types of terrain well. Even with rain you can expect it to have a solid grip, and the dynamics become even more apparent on dry pavement. Its chassis consists of front coil springs, control arms and a multilink suspension with one rear transverse leaf spring.

The V60 T5 and T6 comes with adaptive dampers and four corner air bags, resulting in a solid ride. You get full control with the wheel while still getting a good feel for the road. Driving at a moderate pace it feels like you’re in a sporty sedan. As you push the speed up the car response is still good, though you can feel the weight when making corners.

The T6 has a curb weight of 4202 lbs, 45 pounds lighter compared to the V90 T6. There’s no word yet on the T5 but it is probably lighter by 200 pounds. This difference in weight means the T5 is probably faster overall.

The T6 can reach 60 mph in 5.5 seconds which is 0.3 faster than the V90. Road tests also indicate that the V60 cabin has better insulation compared to the V90 though there are times the engine sound still gets through.

Volvo has come a long way in terms of styling their vehicles, and that is evident in the V60. This is a fully functional station wagon that does not lack in luxury and safety features. If you  want something more than the average wagon then this should be on your watchlist.

An Inside Look at the 2019 Toyota Corolla Hatchback