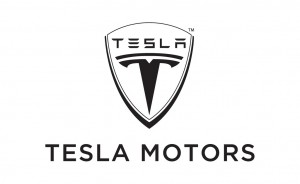 In 2010, a company named Tesla Motors went public and issued shares at $17 per share to raise a total of $226.1 million. At the end of the first day the trading price was already at $23.89 per share. Tesla’s stock price steadily rose even though at the time it was not yet a profitable company. Only in 2013 did Tesla post profits for the first time in its history.

As of August 15, Tesla is trading at a little over $260 per share. That means if you had bought Tesla stock right from the start, your money would now be worth 15 times as much.

The Beginning of the Future: The Birth of Tesla Motors

The company was founded back in 2003, and named after one of the greatest inventors and scientists in the field of electricity. It was dedicated to providing viable mass-market electric vehicles, which the founders felt were not being given enough attention by the long-standing car companies in the US and in the world. Its mission was to make electric cars more among consumers, and that means solving all the practical problems associated with electric cars.

In 2004 the first round of funding was led by Elon Musk, who was the founder of PayPal. It received additional funding through the years, and in 2009 it even received a $465 million loan from the U.S. Department of Energy. This loan was repaid in full with interest by 2013. (In contrast, Ford and Nissan have not yet fully repaid the loans they have received from the US government.)

Tesla doesn’t sell through dealerships. Instead, you have to go to the Tesla website to order a unit. Today, the direct customer sales model is being challenged by numerous car dealership organizations all over the country, because dealerships are not gaining a cent from the popularity of Tesla cars.

Tesla introduced its first model in 2006, and it currently plans on making more types of cars at even more affordable prices.

• The Tesla Roadster. This revolutionary model was truly astonishing, because it exceeded previous electric car performance records by a considerable margin. Previously, electric cars could only travel an average of about 80 miles on a single charge. But the Roadster had an average range of 245 miles. What’s more, its performance truly outclassed the other electric cars. Motor Trend reported that the Tesla Roadster could go from 0 to 60 mph in just 3.7 seconds, with a top speed of 125miles per hour. In the quarter-mile test, it took 12.6 seconds at 102.6 mph.

Because of its prohibitive price (it cost more than $100,000) and its complicated production process, only about 2400 cars were ever built. Tesla stopped selling the Roadster by the end of 2012.

• The Tesla Model S. This car was the breakaway success of Tesla Motors. Retail deliveries began in 2012 with base prices at about $57,000, and by the end of 2013 it has sold more than 25,000 units in global sales. The Model S is a full size luxury sedan, and in 2013 it was the top-selling car in its category. Its nearest rival was the Mercedes Benz S Class, which sold only a little more than 13,300 units.

Acclaim for the Model S was virtually universal. The National Highway traffic Safety Administration gave it a perfect 5.0 safety rating—it was perfect in every test category. Consumer Reports gave it 99 out of 100 marks (its highest rating ever given to a vehicle). It was hailed as the 2013 Car of the Year by Automobile Magazine and Motor Trend, and it was also the 2013 World Green Car of the Year.

A series of fires in 3 Model S units were much-publicized in the media (despite the fact that 200,000 fires occurred in gasoline-powered cars every year). This brought down the price of Tesla stock for a time, but it has then recovered. Tesla also made improvements in the housing of the battery to prevent additional fire occurrences. These improvements were given to older Tesla Model S units free of charge.

• Future Cars. Right now, plans are in the works for other types of electric vehicles. The Model X, a full size crossover utility version of the electric car, will start production in late 2014. It will feature an all-wheel drive system, and it will use two electric motors (one for the front wheels and the other for the rear wheels).

Another future car is the Model III, which is designed to compete with the BMW 3. Tesla Motors estimates that its base price would be somewhere around $30,000.

It has only been a little more than a decade, but Tesla is fulfilling its promise of providing environment friendly and energy efficient electric vehicles for consumers. The future sure looks good.