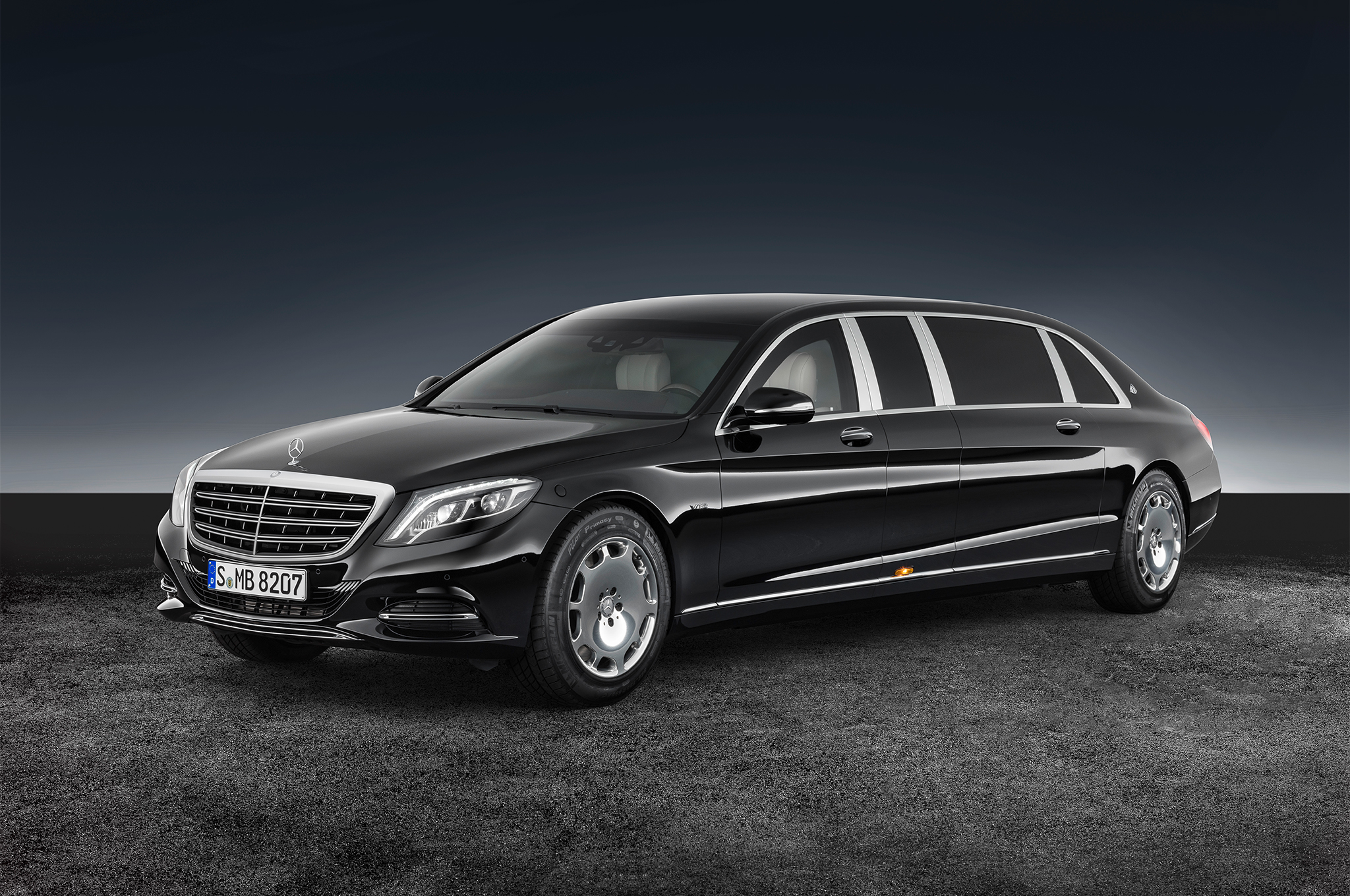 Who says you can’t be perfectly comfy in a tank?

Among the many premium models, the Maybach badge from Mercedes-Benz is justly renowned, especially among obscenely rich VIPs and dignitaries in troubled lands. It’s famous for building the Pullman, which is the biggest and most spacious S-class you can get. It also manufactures the safest S-class you can get to keep yourself safe from would-be assassins.

If you’re staggeringly wealthy, you may have perhaps wondered why there’s no S-class that’s both luxurious and utterly protected. You won’t have to wonder anymore, since Maybach has anticipated your wishes and has built the colossal armored limo of your fantasies. Now you have the Mercedes-Maybach S600 Pullman Guard.

So you’re worried about a shooter siding up to your window? Or perhaps your daily route takes you across explosives buried on the road? Fear not, as the Pullman Guard offers the same level of protection you can get from the normal-sized S600 Guard. The body structure is reinforced with armor, and the windows are laminated with polycarbonate coatings.

More specifically, it complies with VR9 and ERV 2010 standards. The VR9 standards require the vehicle to withstand military projectiles that travel twice as fast as the bullets fired from a revolver, and it also means it protects against shrapnel from grenades and other explosives.

With ERV 2010 standards, it means that your car can protect you against a detonation equal to 15 kilos of TNT, exploded from a distance of 2 meters and at a height of 1 meter.

In plainer words, it’ll take a whole lot of military power to get through the protection you have. With this car, you can travel any part of town in utter safety, knowing that the most dangerous gangs on the streets won’t be able to touch you. It’s so safe that this is the perfect vehicle for war-torn areas where terrorists rule whole sections of town.

Safety is the Guard aspect, but what about the luxury component from the Pullman? All those things are present as well, including the lavishly luxurious and cavernous interior. Inside, you have a partition that separates you from the driver. If you want, the glass partition can be switched from clear to opaque at a touch of a button, if you really want some privacy. For that, you also have curtains to cover the windows. There’s no need to make the peons jealous.

You have leather upholstery just about everywhere and extravagant “executive” seats that even come with adjustable footrests. Those are just the standard features; since you’re obviously rich, you have a long menu of custom features you can pick from to add to the list.

The spaciousness of the original Pullman is here, and it’s absolutely exhilarating. The common folks may content themselves with cramped backseats that force them into pretzel contortions, but here you don’t even have to bend your knees. You can literally stretch your legs as you amble along, and claustrophobia won’t be a problem.

If you’ve seen a standard S-class, you need to add 4 feet to the length to get an idea of how long this really is. The standard configuration has a couple of seats that face the rear in case some of your minions are traveling with you. But you can always have that removed. For entertainment, you have an 18.5-inch monitor instead of some small screens that normal folks have to endure. If you just want to listen to music, you’ll enjoy the fabulous stereo system from Burmester.

All these body armor and luxuries come with a weight penalty, and it weighs in at more than 12,000 pounds. To put that in perspective, its curb weight tips the scales farther than the gargantuan GMC Topkick C4500 pickup truck. So it’s not exactly nimble and it won’t do quick turns every time.

At least it does come with a twin turbo V-12 engine, so it doesn’t crawl through the streets. The 530 horsepower can at least get you to 99 mph at top speed. If you’re trolling through town, that’s more than enough speed to get you from point A to point B without unnecessary delays.

If you have to ask, you probably can’t afford it. There’s no real set amount yet, but take note that the normal S600 Pullman already goes for about 500,000 euros. The S600 Guard costs roughly the same. So how much will it cost to put the luxury of the Pullman and the security of the Guard in a single ultimate S600? It’ll probably cost a lot more.

It may not be officially available in the US, but then with enough money anything is possible. In fact, it’s money that made the S600 Pullman Guard possible in the first place!

VW ARTEON UNLEASHED: WOULD IT MAKE THE AMERICAN MARKET ANY LUCKY?

It’s No Joke: Mercedes-Benz Did Come Up with a Pickup Truck, And You Can Choose between 2 Types