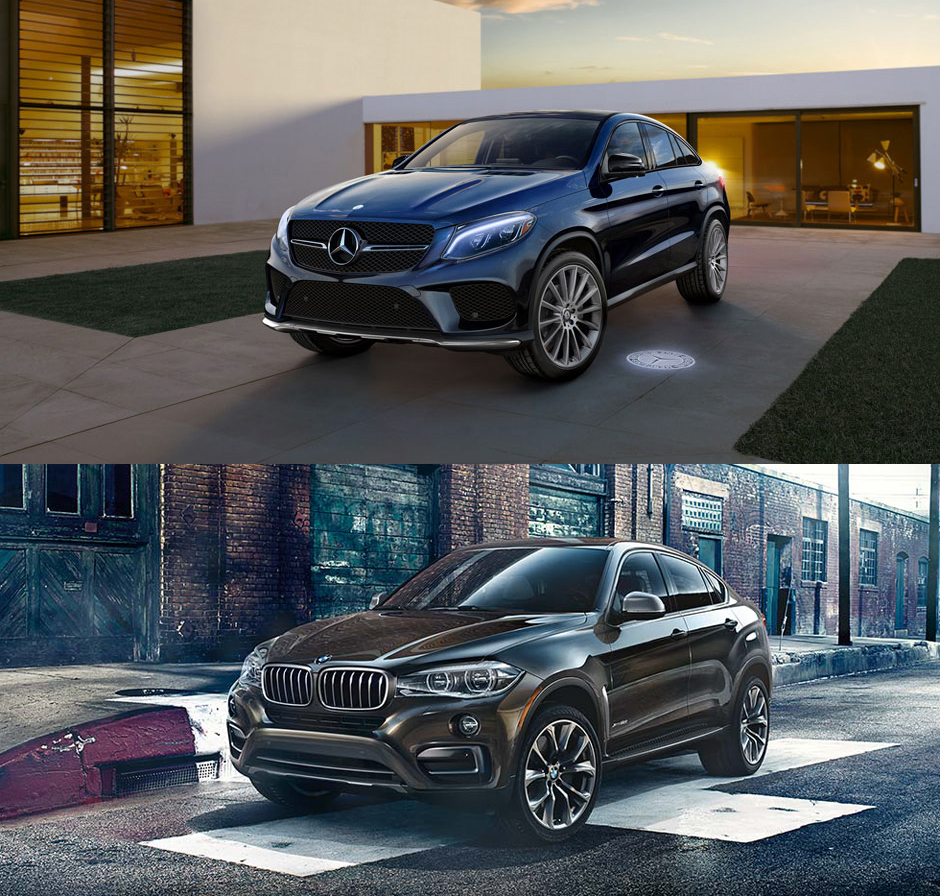 The BMW X6 started the SUV coupes market, dominating that segment for many years now. More than 200,000 customers around the world have invested in the X6 since 2008. But don’t look now as it appears that the BMW X6 has a worthy competition in the Mercedes-Benz GLE450.

The MB GLE450 is powered by a 3 liter, twin-turbo V6 engine with 362 horsepower. Torque is at 384 pound feet, and power is transferred from the engine to the wheels through a nine-speed automatic. EPA-estimated fuel mileage is 17 mpg for city driving and 23 mpg for highway driving. Those are not really world-topping figures, to say the least.

As a vehicle to transport four to five people, the GLE450 is a great car. It is comfortable for both driver and passengers. It drives relatively well thanks to the nine-speed automatic transmission that is quick to shift. Drivers may be a bit disappointed with the muted exhaust note, however.

While fuel efficiency is not the best trait of the GLE450, the car is quick by any standard. Its top speed is 155 miles an hour and it can accelerate to 60 miles per hour in 5.6 seconds. It could have been a lot faster had it been lighter. But at 4,894 pounds, the GLE450 is heavy. This despite AMG engineers trying their best to offset the weight of the vehicle through Airmatic adaptive damping and active roll stabilization.

On the road, the MB GLE450 easily soars across the pavement thanks to its air suspension system, light steering and balloon-like tires.

From the outside, the GLE450 is a very good looking car. Its brash front fascia is complemented by a sculpted hood, broad shoulders and a small trunk lid spoiler. Go inside and you’ll see a cabin that is luxuriously designed, which is what you can expect from any MB creation. With boot capacity starting at 650 liters compared to the 550 of its rival, the MB GLE450 has more space.

If there’s anything to hate about the interiors of the GLE450, it may be the difficulty in getting into and out of it no thanks to the lack of grab handles up front.

The 2016 model of the BMW X6 has very little changes. The improvements are only for the equipment. All BMW X6 versions now have the premium Bluetooth package including text messaging capability. Moreover, the xDrive501 model is now equipped with four zone climate control, satellite radio, and premium Harman Kardon audio system.

The BMW X6 is credited for changing the way people look at SUVs. In the past, SUVs were boxy-looking. After all, these vehicles were intended for hauling cargo and people. But the X6 changed everything with its daring exterior design and sporty character.

The sloping and coupe-like roof line, a defining feature of the X6, gives the SUV a distinctive look on the road. But while it makes the X6 look sexy it also reduces headroom for adult passengers in the backseat. And despite BMW adding a three-person rear bench seat, the cargo bay of the X6 remains small for a crossover. The lack of utility is compensated though by high end interior furnishings.

There are three primary X6 models—theSDrive 35i, the xDrive35i, and the xDrive50i. The SDrive 35i is rear-wheel drive while the two others are all-wheel drive.

The BMW X5 is powered by a 3 liter, turbocharged six-cylinder engine with 300 horsepower and 300 pound feet of torque. It makes the car move from zero to 60 miles an hour in around six seconds. EPA fuel economy ratings are 21 mpg for the SDrive 35i and 20 mpg for the xDrive 35i.

On the surface, it appears that the Mercedes Benz has the better SUV coupe. The GLE450 is not only more powerful but also offers more space for passengers. Experts predict that the GLE450 will surely get a share of the BMW X6’s market.