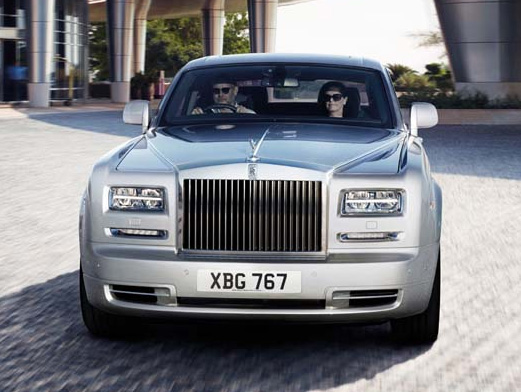 If you are a millionaire and on the market for a luxury car, which would you get—the Bentley Mulsanne or the Rolls-Royce Phantom?

Not all of us can have thousands of dollars to afford a Mulsanne or a Phantom, but it’s always nice to daydream every now and then. Especially if you talk about luxury cars, with their powerful engines, splendid interiors, top-of-the-line infotainment features, and advanced safety functions.

Now what are the features that make these cars so much expensive? And more importantly, which is the better luxury car? This article tries to give an unbiased answer. 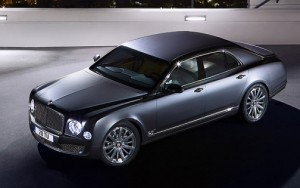 The Bentley Mulsanne is produced by the UK-based Bentley Motors Limited. The name comes after the Mulsanne Corner that participates in the Le Mans racing circuit.

The 2014 model is an ultra-luxurious, four-door car that can match up with any other vehicle in terms of style, performance, comfort, and functionalities. No wonder this has a very prohibitive price tag of $300,000.

The Mulsanne has a long body measuring 219.5 inches, or roughly 18 feet. It is powered by a 6.75 liter, twin turbocharged V-8 engine that has a 505 horsepower rating and an astounding 752 pound-feet of torque.

To say that the Mulsanne is painstakingly built is an understatement. Did you know that it takes roughly 170 hours of handcrafted construction to make the car’s interior dashing and breathtaking? Even the steering wheel is hand-stitched! Plus, there’s a lot of leather involved in the production of the Mulsanne. It’s estimated that one unit of Mulsanne used 16 cattle hides.

Standard features of the Mulsanne include the familiar two-bottle champagne cooler placed in between the rear seats, high-tech audio and entertainment system featuring a 14-speaker base system, and eight-inch touch screen.

The Rolls-Royce Phantom is one of the largest cars on the planet, and for good reason. After all, it is designed to provide the most comfortable ride to the super rich. For the most part, it does not fail to deliver.

Looking at its engine, a 6.8 liter, all-alloy, direct engine monster that can produce a peak power of 453 horsepower and 531 pound feet torque; you’ll realize that this luxury car can match up with any car in terms of performance and power. All that power goes through its new eight-speed automatic system.

The brakes are huge, with the front having 374mm diameter discs and the back, 370mm in diameter.

Like the Mulsanne, each Phantom unit was meticulously built. In fact, the paint of the car took a minimum five coats of color, with each coat manually sanded.

So how does the Phantom and Mulsanne stack up against each other?

There are lots of similarities between the two. One is that both are powered by V-8 engines and there is a small difference in terms of horsepower and torque. Both have identical fuel economy ratings for city driving at 11 mpg, while the Phantom is slightly better on the highway at 19 mpg compared to the 18 mpg of its counterpart.

The Rolls Royce, however, is not built for anyone to drive. It is intended to be driven by a chauffeur, as its handling and agility are both sub-par. The size also does not help, and at almost 6,000 pounds and 20 feet in length, it can be very challenging to drive the Phantom.

Yes, there are advanced features like independent suspension and light steering that can help the driver in maneuvering this luxury car, but these features do little to make the Phantom more driver-friendly.

The Rolls Royce Phantom is also more expensive than the Bentley Mulsanne, with its base price starting at $400,000. Of course, more add-ons mean more money involved so it is safe to say that you would have to cough up half a million dollars for this luxury car.

So which is the better luxury car? It’s up to you, really. The Phantom and Mulsanne are almost identical in terms of road performance and features, although the former is slightly bigger and thus more spacious than the Mulsanne. But the Rolls Royce is at least $100,000 more expensive than the Bentley Mulsanne.

If you want more room, then go for the Rolls Royce Phantom. Yet if you think you can use the $100,000 for other things, then opt for the Bentley Mulsanne.

Battle of the Best Economy Sedans: Toyota Corolla vs. Honda Civic vs. Nissan Sentra vs. Mazda3 vs. Ford Focus