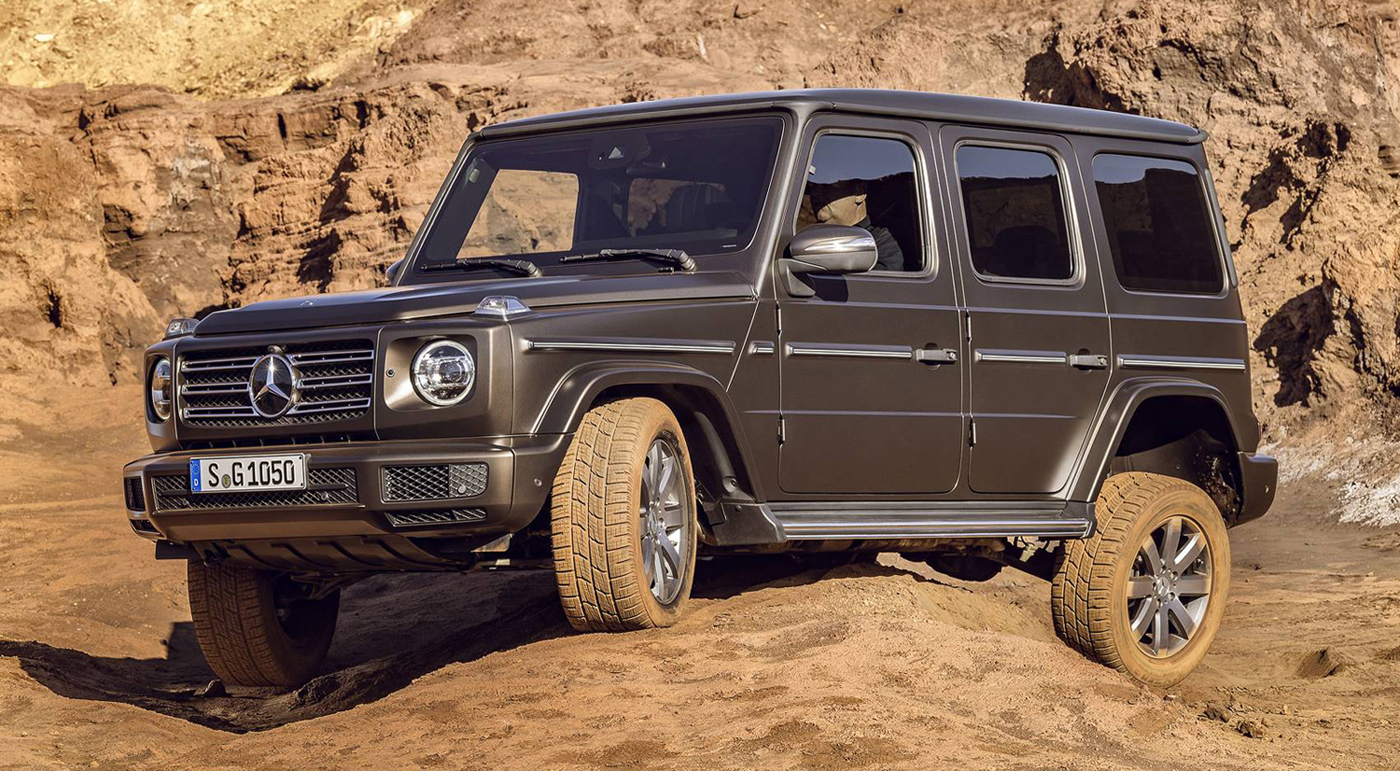 Is the 2019 Mercedes-Benz G-Class worth buying? We dig deeper in this review.

There is an old saying, “if it ain’t broke don’t fix it”. Well that’s probably why Mercedes hasn’t done any major tweaks on the G-Class for almost four decades. For the 2019 G-Class however, Mercedes has done some tinkering and all for the better. Some of the changes are subtle but as we’ll show, quite significant.

The 2019 model is 2.5 inches wider, and overall it looks just more rugged. The distinct windshield is still there along with the strip, the mirrors and the large blinkers on the fender.

To the casual observer the 2019 model may look very similar to the old one, but only the door handles, the headlight washer nozzles and spare tire cover are carried over. Mercedes also says this model weighs less than the previous ones.

The interior has been revamped, and the most noticeable aspect is it is roomier. The legroom in the back seat has expanded by 5.9 inches, a huge improvement. The cup holders look good and the wheelbase is bigger too.

One of the issues with the G-Class is that the rear wheel arc was awkward to navigate when you got in or out, but the longer wheelbase eliminates this problem.

A 12.3 inch COMMAND display is the default on the G550, and there is an option to install a digital instrument panel. Going with this option is ideal if you want a wider dash, and it looks better too. You also get a pitch and roll angles, differential status, compass heading and altitude display.

The steering wheel has touch sensitive buttons and several modes for driving on and off road. Yes, the G-Class can still be optimized for off road adventures.

The finish and layout have been updated but doesn’t look that different from the previous G-Class. You’ll still find the 3 switches for locking differential controls between the air vents and it’s good to know the layout wasn’t altered much.

The G550 will be powered by the 4.0L V8 twin turbocharged engine.  It’s got 450 lb ft of torque and 416 horsepower plus cylinder deactivation will be included. When the MG G63 is unveiled sometime in the spring it will have a souped version of the 4.0L instead of the 5.5L.

All the 2019 G-Class trims have a 9 speed transmission installed, replacing the original 7 speed. The drivetrain lets you lock the front, rear and center differentials and also has full time all wheel drive.

Apart from the transmission the other features on the drivetrain have not been changed much. And that is not a bad thing.

The G-Class will use the hand made, ladder frame Magna Steyr chassis The doors are aluminum as is the hood, but the steel body shell has been retained. As mentioned earlier the wheelbase is longer, by 1.6 inches to be precise so it is now 2.1 inches long.

The G-Class has ditched the front solid axle in favor of independent front suspensions, and this should make the vehicle more comfortable to drive. A Panhard rod has also been added to the back live axle to further improve handling and driving.

The G-Class was one of the last to use re-circulating ball steering, but now it’s been replaced by a variable ratio, rack and pinion configuration with full electrical assistance. 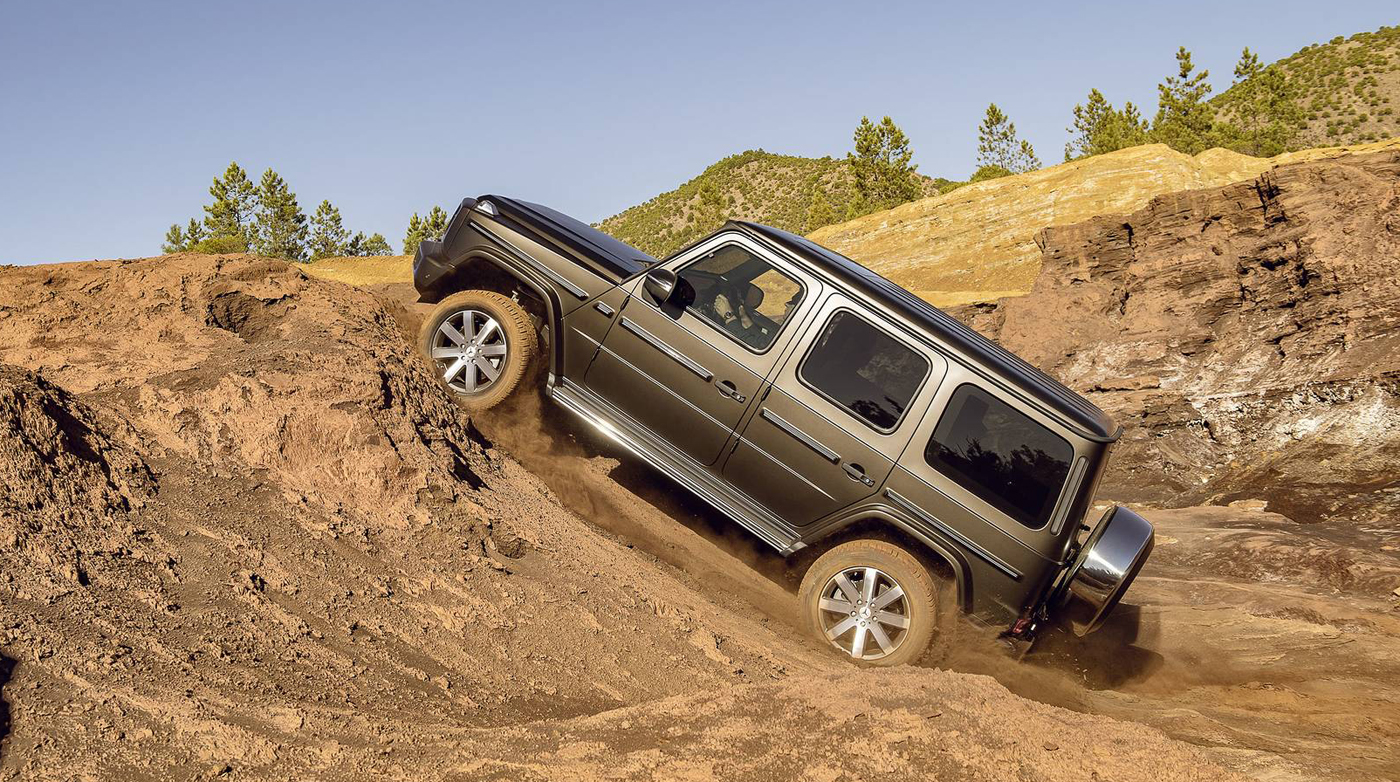 The 2019 G-Class still has the chiseled look of the original, but the surface has been smoothed. It not only looks better but conforms to European vehicle regulations.
The windshield curve has been reduced while the body is larger.
The turn signals are on the front fenders, but the head screws are no longer there. The design also means the lamps are going to break below the fenders in case of an accident.
All the leather and stitching are done by hand, just like with the previous G-Class models.
The chromed steel brush guard will be back. It was not present when the G-Class made its debut in the Detroit auto show, but Mercedes says it will return.
The backup camera on the old G-Class didn’t do much because the cover for the spare tire was in the way. But now it’s been adjusted for better views.

The 2018 BMW M2 – Performance and Power in One Package