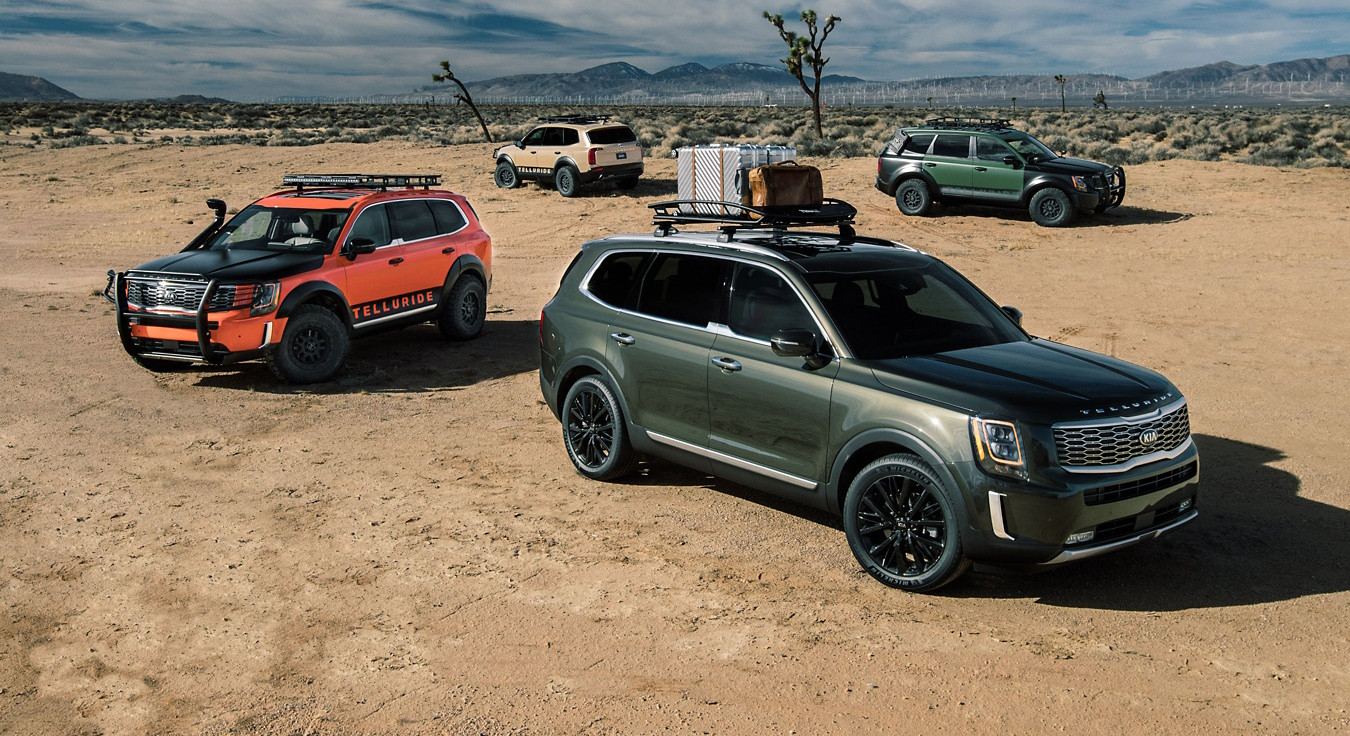 Should the Kia Telluride be your next great ride?

Named after a beautiful resort town in the Colorado Rocky Mountains, the Kia Telluride is one eye-catching ride. Based on the Sorento, this enormous SUV is a true testament to the latest trends in the motoring industry. Some say that it’s bigger and better than its predecessors, making it an exciting choice for a lot of shoppers.

The first thing that will grab your attention is its size. It may be classified as a mid-size SUV but it’s the largest cross over from the brand. Because of its enormity, it’s nearly impossible to miss on the streets. Sharing the same measurements as best-sellers like the Honda Pilot, Nissan Pathfinder, Volkswagen Atlas, and the Toyota Highlander, it’s a solid choice for those who want a massive ride. Combined with a trendy boxy silhouette, it can certainly appeal to today’s SUV shoppers.

Aside from its size and silhouette, its styling is also very notable. It has very nifty details like its inverted L-shaped taillights and its subtle headlights that give it a very modern and attention-grabbing appearance.

The Telluride will also wow with its performance. Its 3.8-liter V-6 comes with an eight-speed transmission and makes 262 lb-ft of torque and 291 horsepower. It’s tested to reach 60mph in just 7.1 seconds which guarantees great power and reliability. It’s meant for adventures, so it’s built to be capable of handling challenges.

Note, however, that the base units of the Telluride are front-wheel-based. They’re equipped with four drive modes (Smart, Eco, Comfort, and Sport). All-wheel drive is optional and comes with the additional Snow and AWD Lock drive modes. 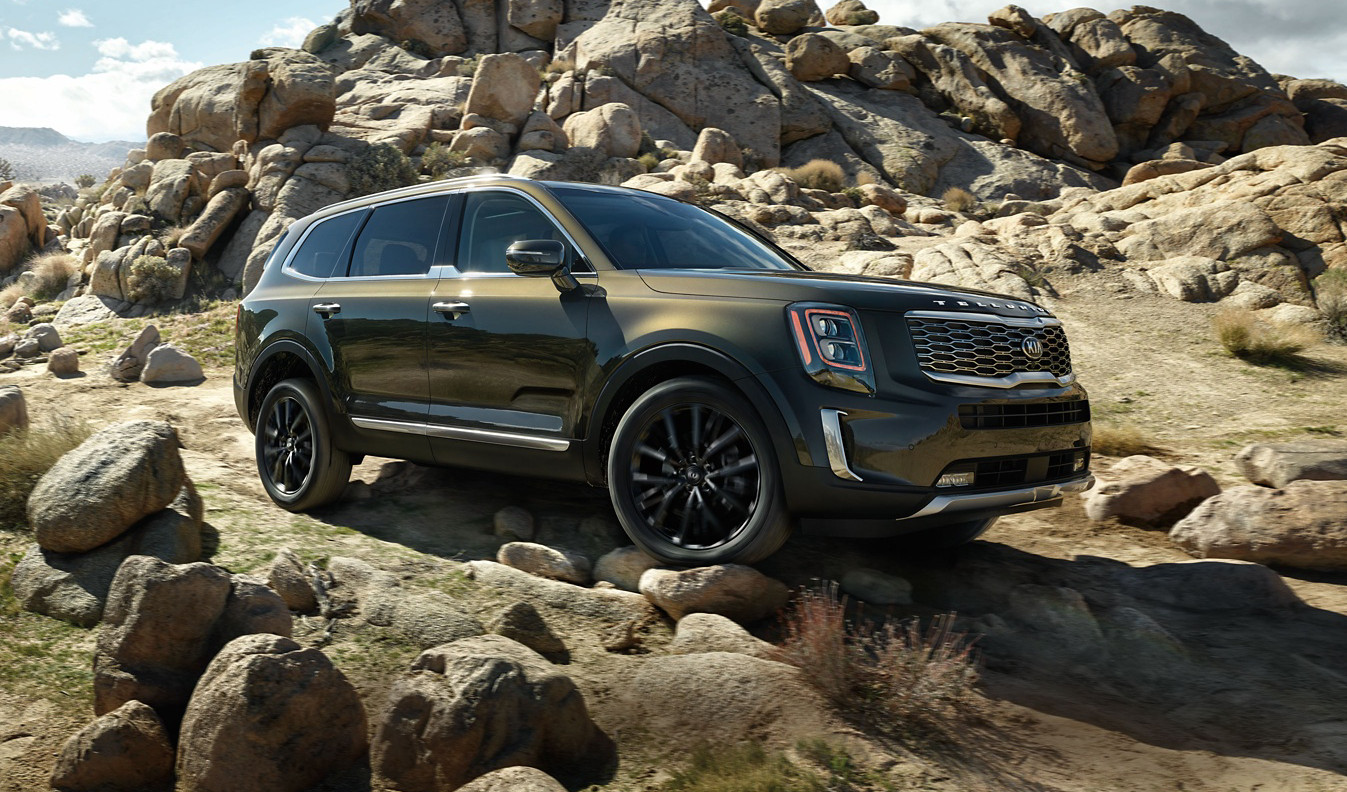 In terms of its ride, it’s classified as a firm one. The occasional harsh pavements can throw it off a bit even with a rear air suspension to keep an optimal ride height. Nonetheless, lots of experts are surprised by its suspension as such parts were never considered as a strong suit for the manufacturer. It rides fairly smooth and quiet, especially when cruising.

With an 8” clearance, it’s also capable of handling off-road excursions. Again, there’s no need to worry about such surfaces, especially with an AWD variety.

The solid feel is also nicely translated in the interiors of the Telluride. The materials used are all nice and the ergonomic are great as well. Its technology is also notable as it promises great convenience to its passengers.

First off, its touchscreen infotainment system is very intuitive and responsive. All trim levels are equipped with an 8.0” screen, Android Auto, Apple CarPlay, and satellite radio, guaranteeing that you can enjoy your choice of audio on your drives. You can also expect to get a push-start button and 5 USB ports in all Tellurides. 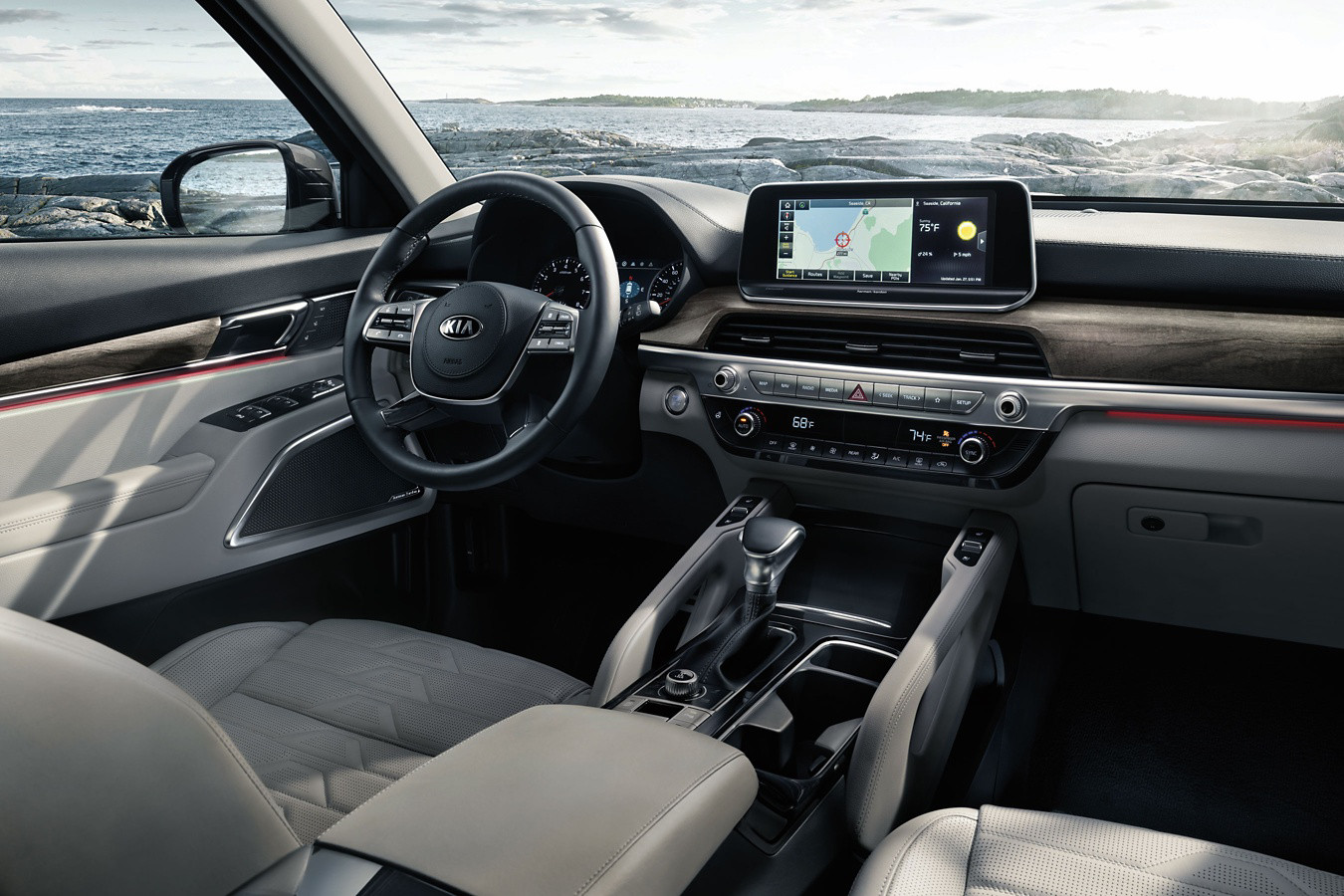 If you’re opting for a higher trim level, you’ll get a bigger 10.3” screen, 6 USB ports (2 on each row), wireless phone charging, and Bluetooth connectivity for 2 phones. These definitely ups the convenience in any ride.

Speaking of convenience, the Telluride is also equipped with more innovative technology to make your ride fuss-free. For starters, it boasts of the Heads Up Display which places the infotainment system at a higher vantage point. This will allow you to view your driving performance without taking your eyes off the road.

Its Driver Talk is another elegant addition to this list of features. With the vehicle’s cavernous size, it will seem to be impossible for the first row and third-row passengers to communicate without yelling. So to avoid the ruckus that will create, the Telluride is equipped with a feature that will amplify the driver’s voice so they can communicate with the passengers behind him with ease.

The Telluride’s Quiet Mode can also bring peace on long drives. This mutes the audio from the main infotainment system so the passengers on the rear seats don’t have to listen to what it’s playing. It can allow them to play their own media or sleep without any background noise.

It also comes with a long list of drive assist systems including a Blind Spot Assistance Technology, Lane Keep Assist, Highway Driving Assist, Safe Exit Assist, and a Surround View Monitor. With these, the driver will be more aware of their surroundings with the help of sensors, alert signals, and cameras.

Another smart feature you can enjoy with the Telluride is its compatibility with the Kia UVO Link system. This app and online portal will let you connect to certain features of your vehicle with great ease.

This SUV also doesn’t disappoint in terms of efficiency. It’s rated at 20/26 mpg city/highway for the FWD and a 19/24 for the AWD. It might not be the most efficient vehicle out there but with its size, power, features, and performance, these already promise a great deal for many users.

Awarded ‘Best in Show’ in the Detroit Auto Show and the ‘CUV of Texas’ by the Texas Autor Writer’s Association Roundup, the Telluride is definitely an impressive and exciting option for all sorts of users.

2020 Toyota Supra: Why Its Comeback is Worth the Hype