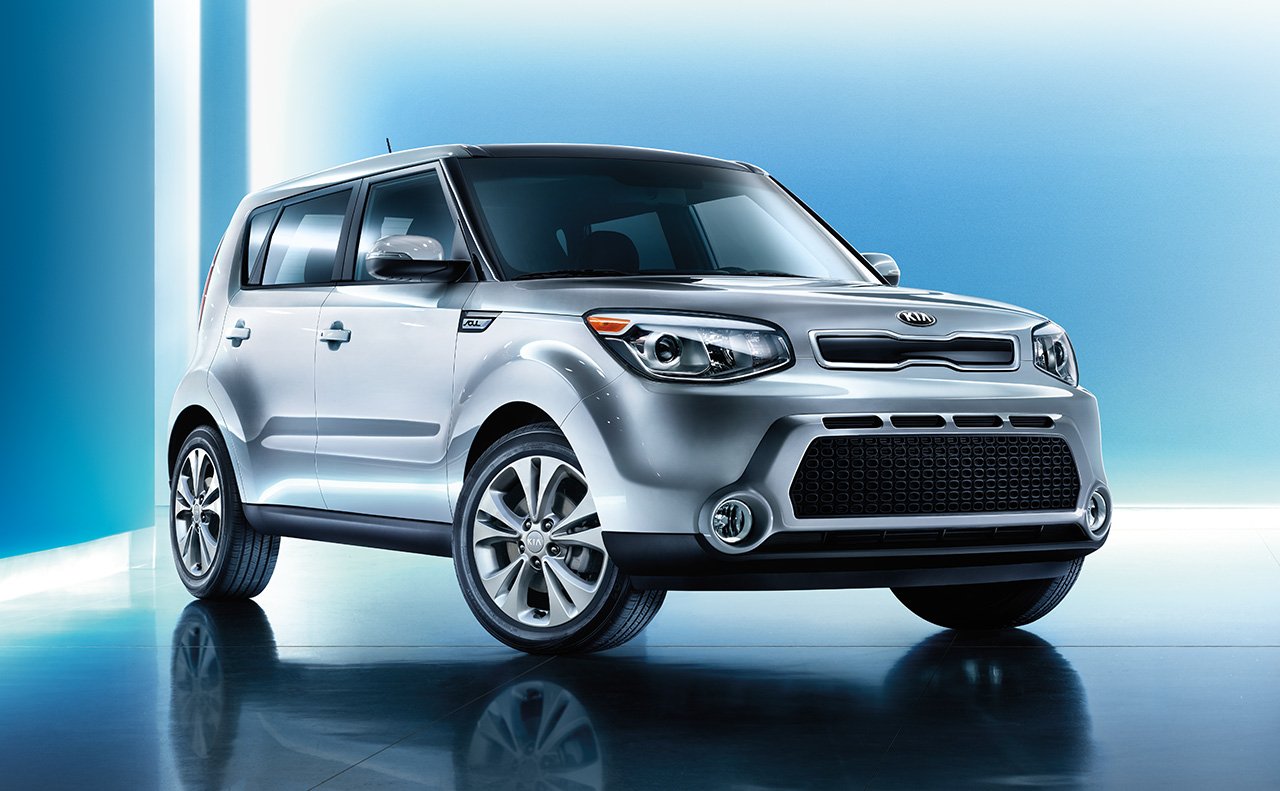 The Kia Soul is a compact car that appeals to families who are on a budget and can’t afford a more expensive vehicle like a SUV. It can also be a great choice for the urban commuter with its wagon-like features. The latest model is well-built, well-priced, and comes with a long warranty.

The previous Kia Soul brought lots of features with an attractive cabin and ample passenger space. But it wasn’t the best in terms of fuel economy, and ride quality left a lot to be desired.

The 2017 Soul doesn’t really improve on those drawbacks but it remains good in the things that it is known for such as spacious interiors, good safety ratings, and family friendly features.

In terms of fuel economy ratings, the base model is rated 24/30/26 mpg for city/highway/combined. The upgraded engine churns out 24 mpg for city driving, 31 for highway, and 27 combined.

There haven’t been a lot of changes in the way the Soul looks.  It still retains its boxy silhouette and angular lines. Its front end has a false grille, while the combo of sharp angles and wheel arch makes it look like an SUV.

One of the strengths of the Soul is its spacious interiors. Due to its cube design and high roof line, it can comfortably seat four adults, five if you include the driver. It’s not surprising since the latest version has a longer wheelbase. It’s also around 15mm wider. With a bigger body, it also follows that the 2017 Kia Soul has more space inside plus an extra luggage room. And because it is lower to the ground, there won’t be any problems getting in and out of it.

This five-seater comes in three trims—base, Plus, and Exclaim.

The base model has standard features such as a 4.3 inch touch screen interface. It’s a bit small but it responds well.  The base model also features full power accessories, a rearview camera, and Bluetooth audio and phone connectivity. It also has a six-speaker sound system, satellite HD radio, and cruise control.

The back seats fold 60/40 and the height of the driver seat can also be adjusted. The seats have cloth upholstery, and there are 16 inch alloy wheels in this wagon.

When you upgrade to the Soul Plus,  you’ll get a keyless entry, fog lights, upgraded cloth upholstery, and front seat center armrest. You can also add other features such as an eight-inch touch screen, auto climate control, upgraded interior accents, and leather-wrapped steering wheel.

The Soul Exclaim has all the upgrades of the Soul Plus. It also has other features like an eight-way power driver seat, leather upholstery, chrome interior accents, auto –dimming rearview mirror, fascia accents, and body-colored bumpers.

Boot space is also impressive as the bigger body means an increase of 14 liters from the previous model. That’s not counting the extra storage under the trunk floor.

The car has very good safety ratings. Its safety kit list includes the standard airbags and tire pressure monitors. The Plus models have a reversing camera as well.

Just like every model in the Kia Range, this one has an industry-leading seven year warranty. This has always been one of the main selling points of the Kia Soul, as owners get peace of mind. But it doesn’t mean that the car will need major repair during the first years of ownership, as the Kia Soul is known for being well built and reliable.

The base model of the Kia Soul is priced around $16,000. But upgrades can increase its price tag to as much as $31,000. Still, that’s  a good deal considering the space motorists get from this car.

The Soul may not be as illustrious as its competitors such as the Toyota RAV4 and Honda CRV, but its relatively affordable price makes it very popular among the budget-conscious. It can’t even hold a candle against the Nissan Cube which trumps it in terms of fuel economy. Yet the Soul has its good qualities aside from its low price, such as spacious interiors, good safety features, and long warranty. If you’re looking for a wagon that can comfortably accommodate five adults then the Soul is the one you need to buy.