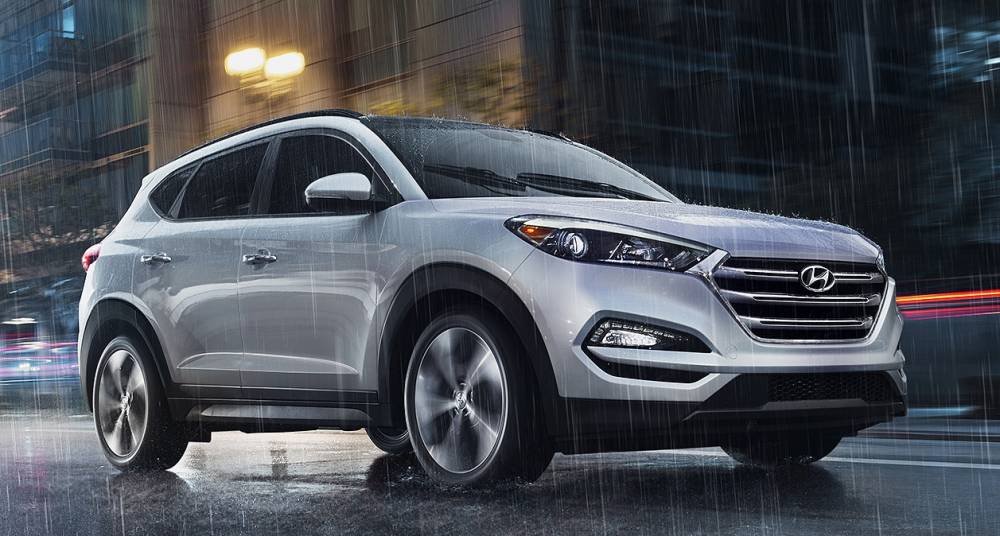 Having already gathered a plethora of headlines for its spectacular design and paintjob, Tucson Limited AWD stands firm as Hyundai’s long term orange crossover. It has been tagged as the new big fish in the auto-market across the world. Taken the world by storm, Tucson Limited AWD underwent some major noticeable changes and improvements namely- The rear air conditioning vents in the lower/base models whereas the crossover now comes loaded with the compatibility of the Apple CarPlay and Android’s Auto.

Although, it isn’t any new affair, but it is interesting to note that the car’s engine got relatively smaller as the time rolled by. The brand new Tucson AWD is powered by the 1.6 litres Turbo GDI engine which works wonders to generate the power equivalent to the 175 horses and an impressive torque of about 195 lb-ft. The power is transmitted towards the front wheel (Infact towards all the four wheels whenever required) through a seven speed dual clutch transmission.

As it is no exception for Hyundai, the new Tucson Limited AWD comes loaded with the goodness of an impressive array of features incorporating the standard braking control to assist the car downhill. Furthermore, the car’s safety features incorporate a hill-start assist which makes the car an ideal vehicle to drive in the hills. Enhancing the car’s overall exteriors are the 19-inch alloy wheels which gets complimented pretty well with the LED headlights and taillights, advanced side rear-view mirrors in addition to the signal indicators, an auto lift gate and not to forget the rear spoiler.

Hyundai has nicely maintained its standards in the safety department, as it introduces the brand new Tucson Limited AWD enriched with the feature of blind spot detection and a rear-cross traffic alert. The car’s interiors are finely endowed with the standard 8-inch colored touchscreen which is vastly complimented by the GPS powered navigation, thoroughly ventilated and heated seats covered with the genuine leather, a 315 watt powerful sound system merged with an 8 speaker and satellite radio.

The car would cost its buyers an estimate of about $32,195 which is quite distant from its base trim price $23,595. Before you make your way towards this stylish crossover, we bet, you couldn’t resist scanning for the signs of your favourite hands down feature of Hyundai- Thoroughly ventilated seats at the front, which works wonders to circulate cool and fresh air on the legs and the back to beat the scorching heat outside. Focusing our attention on the all new “Ultimate Package” worth $2750, which in compliment to the butt cooling, comes loaded with the useful safety features such as the HID Headlamps banded dynamically. The additional safety features incorporate an efficient lane departure warning system, an all automatic emergency braking system which paves its way as a handy tool to rescue the drivers in grim road scenarios.

Since the company hasn’t revealed the car’s EPA estimate for now, therefore amongst the first few things we would be interested to discover and figure out will be, how close the Tucson’s EPA estimate of 24/28/25 mpg city/highway/when thoroughly combined comes out to our Real MPG figure. The auto-enthusiasts are also keen to find out how far would the car’s fuel tank will take them and if it could put forward a lucrative mileage per litre.

It will also be interesting to see how if the car could offer a smart DCT, as Transmissions haven’t always been the Dexter for Hyundai. How well the company endows this crossover would have our watchful vigil in comparison to other sales leaders in this segment. And of course, it will be a test for the car to endure the heavy testing in the middle of rough Mother Nature when we take it for a snowshoeing trip.

Things to know about the refreshed Audi A3: The new entry level Sedan