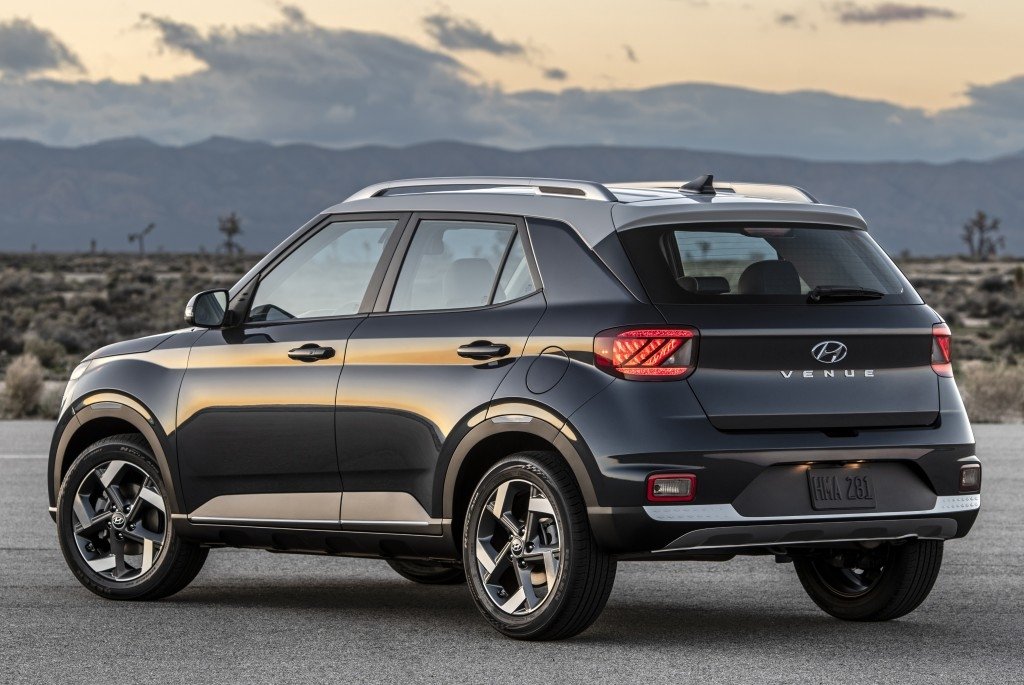 The subcompact crossover is such a packed segment of the automotive industry, and if you’re an automaker, it can be a depressingly daunting task to come up with a model that would compete in it. Hyundai’s 2020 entry is the Venue. There are so many cars in the small SUV umbrella that they are beginning to look like all the same and it can be tiresome testing absolutely each and every one of them. But, we got behind the wheel of the new Hyundai Venue and our takeaway is that we’re refreshed, Hyundai certainly hit the nail on the head by providing what today’s car buyer looks for in a car, it’s a small SUV that doesn’t break the bank.

The Hyundai Venue is one of those cars who look much more exciting in the metal than it is on the photographs. The “that’ll do” styling from Hyundai from just a decade ago is no more, Hyundai has been getting its own consistent design language across their lineup. The Venue certainly adopts that unmistakable Hyundai look, but furthermore, the Venue, being a small SUV also acquired a boxy, rugged, and tough look. The only downside though is the ground clearance, it only stands one inch more than the Hyundai Accent, which is the subcompact sedan on which it’s based. Another downside is that despite it’s SUV stance, the Venue doesn’t come with an all-wheel drivetrain.

When you hope in the cabin, it is really rather plain but that said, it’s very well and beautifully made, the interior quality may lack quaintness, but it’s par with German cars when it comes to quality and feels, and considering its pricing, that’s saying a lot. The Venue starts at just $18,470 with the SE trim, it comes with a 6-speed stick shift, and it is the cheapest subcompact crossover you can buy in the US. If you don’t fancy driving a stick, just add $1,500 to get the CVT, and you can spend up to $23,170 to get the range-topping Denim.

All variants of the Venue comes with an 8-inch capacitive touch infotainment system that has Apple CarPlay and Android Auto features. Features that the Venue lacks though include electric seats, heated steering wheel, and wireless charging. You’ll understand more what we said earlier that the way the interior fittings are at par with what you’d find in a German car if you opted for the Denim variant, the white accents provide a nice balancing touch to the leather-like upholstery and the padded door pulls. If you compare it with it’s much more expensive rivals, you wouldn’t believe how far apart their interior quality is.

You would find a knob in the interior that might appear as the temperature adjuster because it has the temperature readout on it, but don’t be fooled, this knob doesn’t do anything. The rear seats also lack basic creature comforts like power outlets and air vents. The Venue offers rear passengers with more legroom than its top competitors, the Toyota C-HR and the Nissan Kicks, that said, both the Toyota and the Nissan have more cargo space when the rear seats are folded.

All the variants of the Venue are propelled by a non-turbo 1,600cc inline 4 cylinder that produces 121 hp and 113 foot-pounds of torque. The number seems decent enough but the Venue doesn’t really move much until you reach 4,500 rpm. It feels overtaking such a chore, but surprisingly, the Venue accelerates to 60 mph 2.4 seconds faster than the Toyota C-HR, and 1.1 seconds faster than the Nissan Kicks. One more thing about the Venue’s power plant is that it’s a bit on the noisy side. Although it’s quicker than its rivals, the Venue falls short on fuel economy, averaging only 31 mpg compared to the Nissan Kicks and the Toyota C-HR which both averaged 37 mpg. The Venue redeems itself by having a myriad of safety features like lane-keep assist, rear cross-traffic alert, driver-attention sensors, forward-collision warning that applies the brake automatically, as well as blind-spot monitoring.

Although the world of the automobile is still uncertain of the new segment that’s created upon it, Hyundai seems to have embraced and strengthened this small SUV segment. Although hardcore car guys don’t exactly love the small SUV segment, we all think that it’s just a duller version of sedan and hatchbacks. We think this segment certainly suits our current generation. It fits the lifestyle and taste of the majority of car buyers these days, this is why manufacturers keep on making them better, more spacious, more luxurious and fit them with more tech than you could possibly imagine all this without breaking the bank.

We Tested Just How Quick The Porsche Taycan Turbo S is