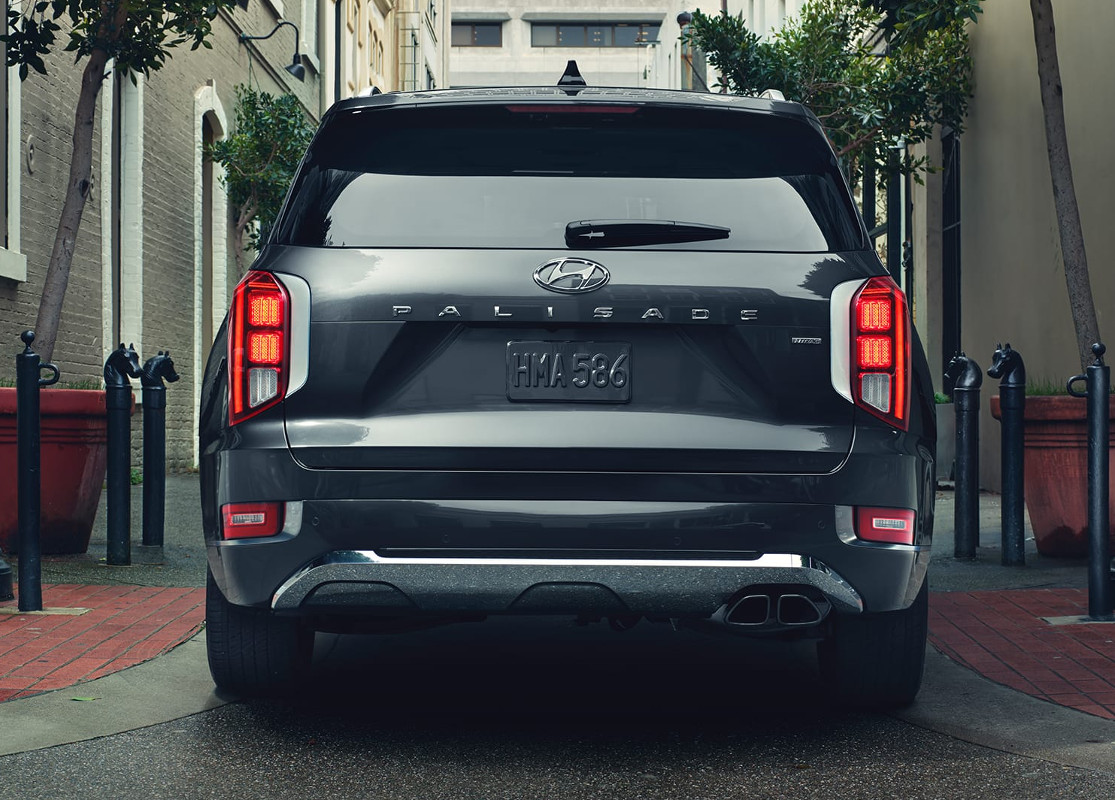 With its massive size, it can be expected that the Hyundai Palisade is packed with a lot of great things.

Following the success of the Kia Telluride, the Hyundai Palisade forges forward on the South Korean automakers’ attempt in cracking the three-row SUV market. Being the largest SUV made by the manufacturer and the brand’s flagship, it shouldn’t come as a surprise that this model is making waves.

What makes it stand out from the somewhat saturated SUV market, you might be wondering? For one, it’s humongous. It’s 3” longer and 3.6” wider than the Santa Fe XL which was the largest offering of the brand before. It addressed the many size issues its predecessor had. As it was too cramped for 7 passengers, additional wiggle room became a priority. 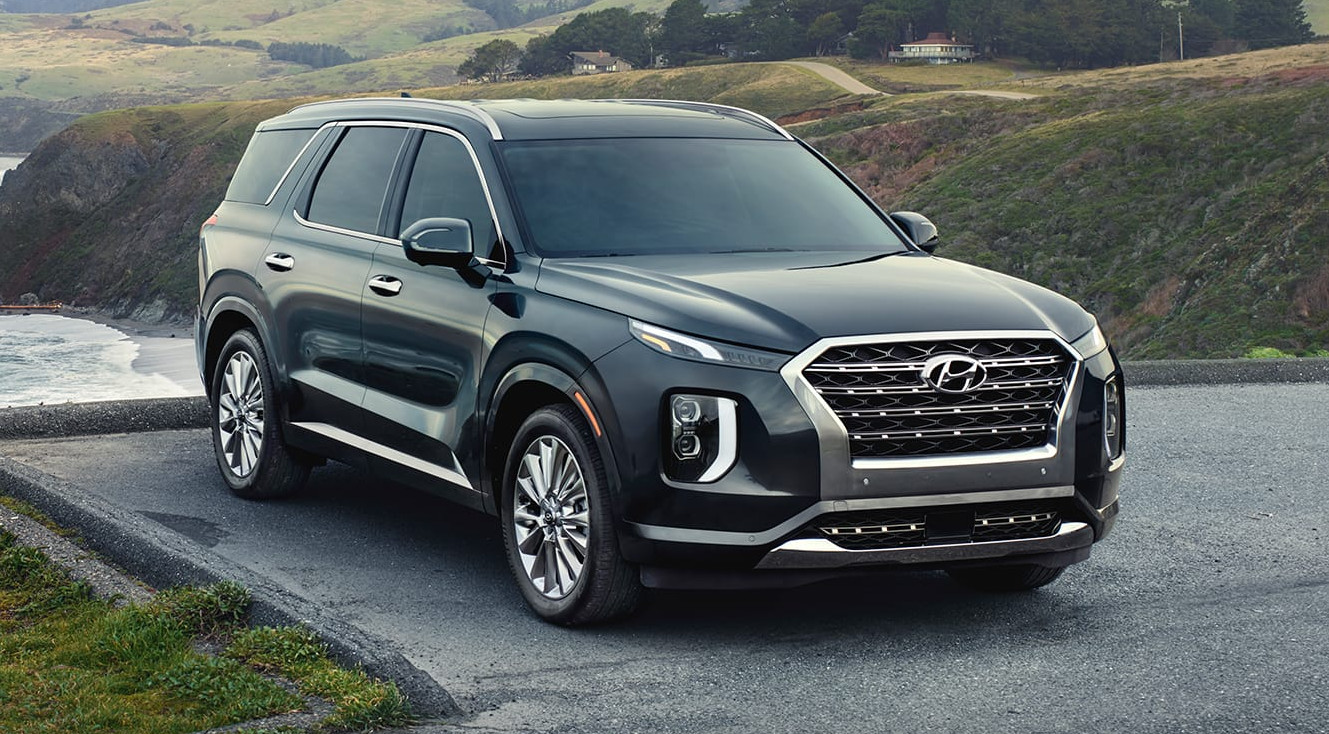 It should still be noted, however, that the 2020 Palisade is still pretty much based on the Santa Fe. However, due to its size, there is a significant number of changes. The new chassis is the best example for such which definitively sets the larger SUV apart from the small crossover.

Lots of people also compare the Palisade to its corporate brother, the Kia Telluride. Both are large in size so it’s easy to see why they get pitted against each other often. Their DNA structures are pretty much the same as well, so it’s fair to compare them.

Like the Telluride, the Palisade comes with a direct-injected 3.8-liter V-6 engine and an eight-speed automatic transmission. They also come with 291 horsepower and 262 lb-ft of torque that lets it push from zero to sixty in just 7.1 seconds. While part of the Lambda promise, this engine version will come out first in the Palisade. However, unlike the Kia SUV, you can shift the transmission of the Palisade manually with steering-wheel-mounted paddles.

As for its driving, it shifts smoothly although some ratio shuffling is experienced when climbing hills. It can also tow up to 5000 lbs when properly equipped for the job.

You can also get it in an all-wheel drive variant if you want to tackle a wider range of surfaces with greater ease. Its ride is more relaxed than the Telluride and is often compared to how high-end SUVs feel. It’s not as athletic as the Honda Pilot or Toyota Highlander but it holds up on its own and will not disappoint.

Its interiors also give the Palisade an edge over the competition. In fact, it’s impressive enough for some folks to make bold claims and consider it to be a luxury bargain SUV just because of its trimmings.

The top-spec Limited model comes with a long list of impressive tech and comfort features that will wow those who love nifty add-ons in their cars. For the passenger’s comfort, the seats are upholstered in deluxe Nappa leather. The panels are quilted leather and the headliner is covered in faux suede. The front seats are heated, too, promising the driver and navigator a comfortable ride during the colder months.

The second row is also equipped with captain’s chairs so there’s no more need to flip seats to get to the third row. The lower trims get one-button sliding seats, though, so they’re still very easy to work with.

As for its nifty features, at the top of the list is a dual sunroof. It also comes with a fascinating floating bridge center console as it transforms into a pair of cupholders. It also has convenient cord tunnels and smartphone pockets. Its integrated handles are also worth noting as its easy-to-use climate control buttons. 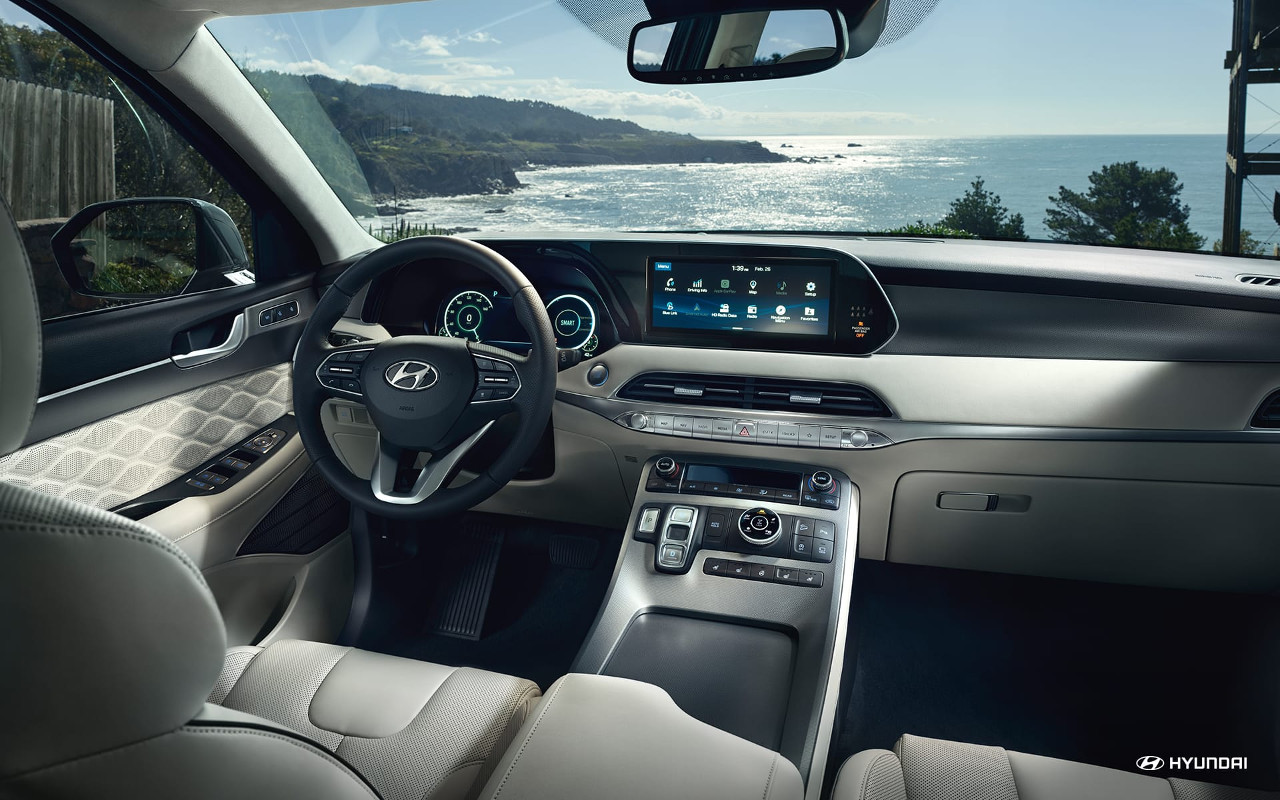 Its onboard tech is also exciting. The base models get an 8” touchscreen display while the Limited model comes with a massive 12.3” digital instrument cluster with a Harmon Kardon audio system. They both come with Apple CarPlay and Android Auto, offering you the convenience of streaming your choice of media while on the road.

Providing excellent driver assistance are its Blind View Monitor, Lane Keep Assist, and Side Exit Assist features. In the Limited model, you’ll also get a 360-degree camera system. With these, maneuvering this massive vehicle won’t be too fussy as you’ll get more information about your surroundings. It also comes with adaptive cruise control that will let you enjoy your drive better.

Like lots of other SUVs in its price point, the Palisade also comes with a Quiet mode in its stereo system. This allows independent audio experience for the driver and the rear seat passengers, promising more comfort for everyone.

The Palisade also works with the Hyundai Blue Link system so you can also remotely communicate with your SUV. The app will automatically contact emergency services in the event of an accident and provide navigation help. It will also let you select settings for the car’s environment, ensuring that you’ll have a comfortable ride. Driver Presets features are added for Palisade owners so those who share the vehicle with someone else can automatically adjust their preferred seat, mirror, and air-conditioning settings before they even get in the car.

Loaded with exciting features, it’s easy to see that the Hyundai Palisade really has a whole lot to offer. It could just be the urban, luxurious ride you’re looking for.