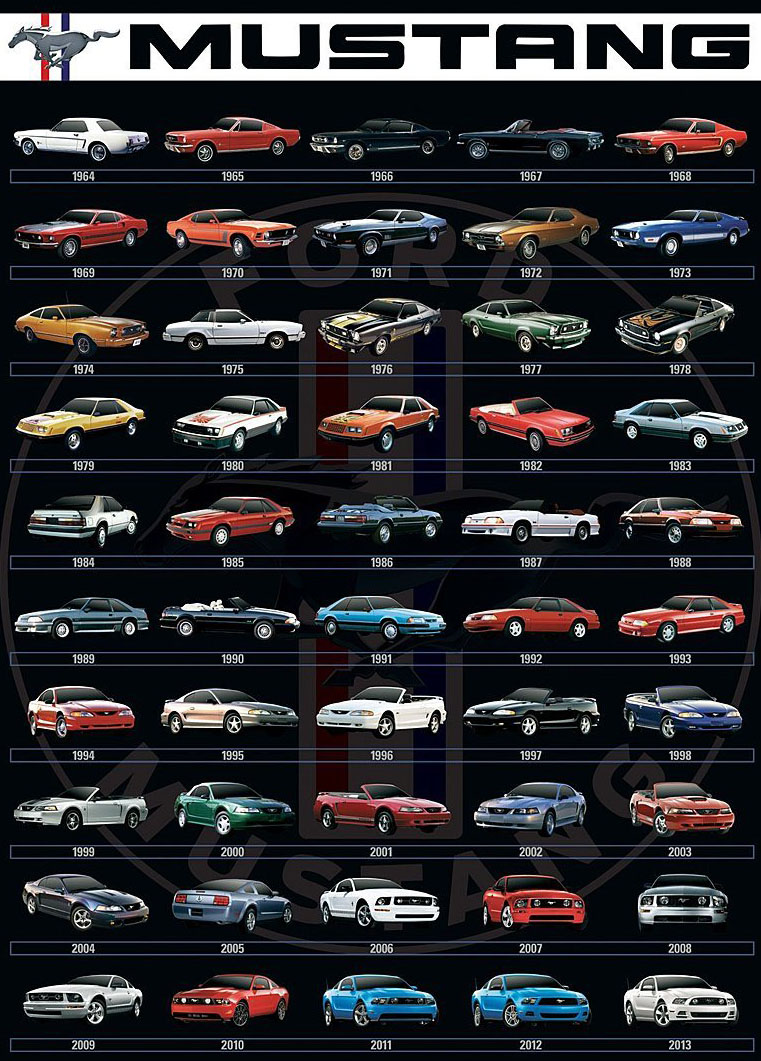 If you even have any sort of interest at all in American automotive history, then knowledge of the Ford Mustang is virtually mandatory. Since Lee Iacocca introduced the Mustang to the world, it has captured the hearts and minds of car aficionados everywhere.

Here are the highlights of the Mustang’s impressive history:

The first production Mustang was released in April 17, 1964. Because it was launched so late in the year, it’s often referred to as the 1964 – ½. The marketing for it was superb: it was shown on all TV networks on April 19, and in September it appeared in the James Bond flick Goldfinger. The consumer response was tremendous, as it sold 22,000 units on the first day alone. In its first 18 months, it sold more than a million units. It would create a new breed of vehicle: the pony car.

No history of the Mustang would be complete without mentioning the efforts of the legendary Carroll Shelby. Iacocca had decided to first sell the Mustang with back seats and a platform based on the Falcon to attract volume sales and to lower production costs. But Shelby saw potential in the Mustang as a racer against the reigning Corvette. Shelby tossed aside the back seat and put in additional performance items, and the result was the iconic Mustang GT-350.

These years were pivotal for the Mustang. It may have been the first pony car of its kind, but now it faced competition from the Camaro, Barracuda, and the Firebird. The 1967 model saw a lot of changes to the look and performance of the Mustang. It grew wider and longer, and the engine got bigger. The Shelby versions were still available, with a new GT-500 model. It was able to reach 60 mph in 6.2 seconds, and finish a quarter mile in 14.6 seconds.

The end of the Sixties saw the third generation Mustang grow in size and weight, even though it was still essentially on the Falcon-based chassis. You can now have a Mach 1 edition, which came with a standard 351 cid V8. There was a Grande coupe for the luxury seekers, and two Boss versions were released for racing.

This was not the Mustang’s finest hour. The wheelbase was stretched, and it grew even longer. That caused the Mustang to lose that light kook and feel which made it so interesting. Matters got worse when the 1973 emission regulations took effect. The six-cylinder Mustang actually featured only 88 horsepower, with the more powerful ones “boasting” a paltry 150 horsepower.

This was the birth of the Mustang II, which was supposed to improve on the earlier generation. Its goal was to increase sales by going back to the original proposition of a small, lightweight racing car. With American owners balking at higher pump prices, the reign of the gas-guzzling muscle car was at an end.

The Mustang II did sell well, but in hindsight it came to symbolize everything that was bad about the 1970s. It was too small, and it didn’t have enough power. The handling was atrocious. It didn’t look good at all, and the tacky details didn’t help. The most notorious Mustang of them all was the Cobra II package, which included a huge rear spoiler and a fake hood scoop. But it wasn’t actually faster than the regular Mustang II. There was even a King Cobra version, which was just the Cobra II with a reversed hood scoop and some other minor changes.

This was known as the Fox Body Mustang. This generation lasted an amazing 15 years, which was truly unexpected. Critics complained that the success of this generation was simply due to the iconic name of the Mustang. The styling was vastly different than any Mustang before, and it was really angular. It was even used as a police car. Meanwhile, this generation of Mustangs would see a lot of ups and downs in its technology.

This generation saw a considerable improvement in looks and performance. The chassis was beefed up, and the Ford SVT tuning division became much more involved. Enthusiasts were also heartened by the Mustang Cobra of this generation.

The interior, chassis, and shape, remained unchanged, but the radical alteration was to the exterior. It was remade in what was called the New Edge styling language. A new “Bullitt” edition was added to the lineup and the 2003 Cobra became the fastest Mustang in history with its 390 horsepower supercharged 4.6 liter V8 engine.

Its look was both retro and futuristic, and the handling and performance was vastly improved. The Shelby GT500 was a great example, with its 662 horsepower engine. 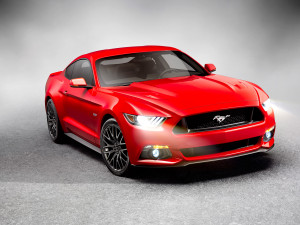 This was unveiled on December 2013, and it will be in show rooms by November 2014. It offers a new independent rear suspension, a wider body, and a more spacious interior.

History of the Chevrolet Camaro