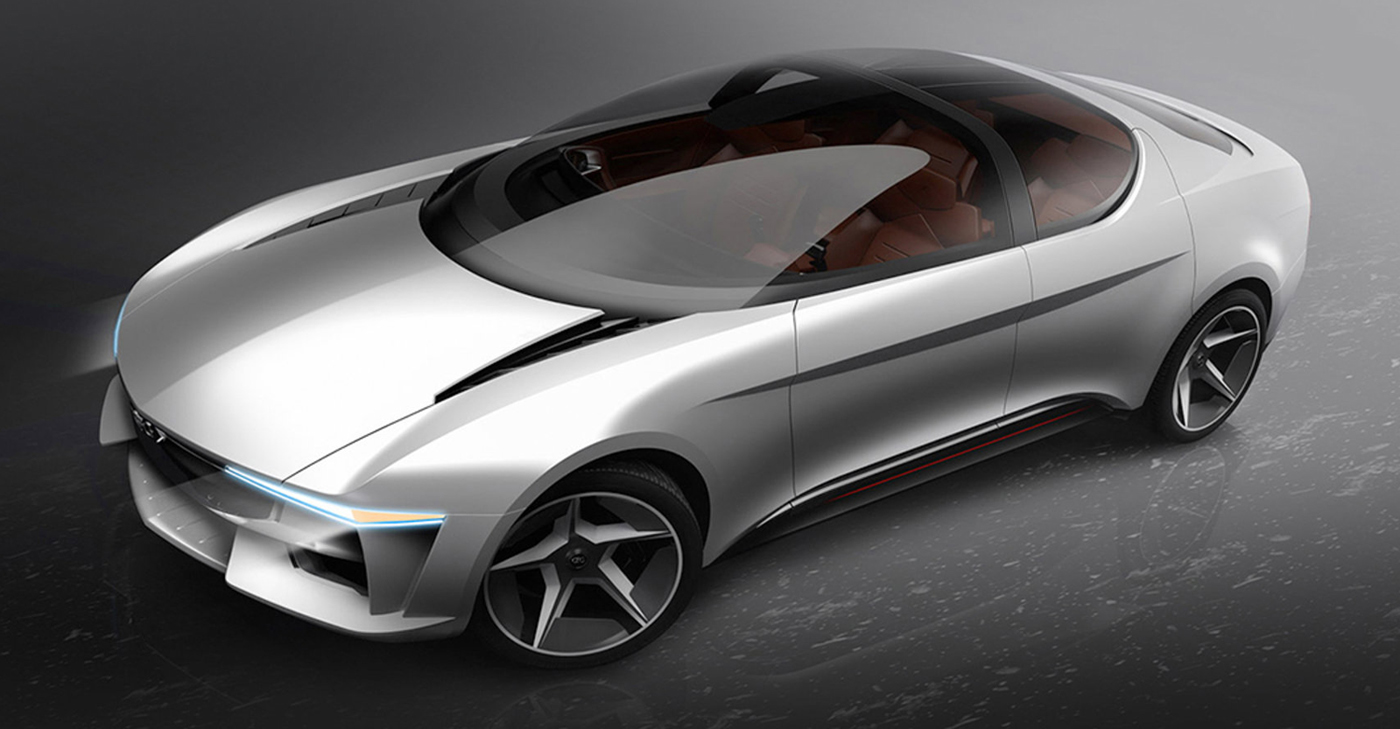 Giorgetto Giugiaro is a legend in the industry, and even at 79 he is still going strong. For his latest endeavor, Giugiaro and his son Fabrizo joined forces to create the Sybilla, a 4 door, 4 seat electric car. The concept vehicle will be unveiled at the 2018 Geneva auto show.

Back in 2015, Giugiaro established GFG Style, a design consulting company. Operating from Turin, their largest and most well known project was the Techrules Ren supercar, noted for its turbine power. With the Sibylla however, Giugiaro has put emphasis on practicality and the future.

The Sybilla Up Close

The Sibylla is an all-wheel drive. It is powered by 4 electric motors and is 58 inches high and 197 inches long. In a statement, GFG Style mentioned the Sibylla comes with a 75 kwh battery that holds enough energy to supply a regular European home for 7 days. However the company did not say anything about the battery configuration, size or other features.

It is not a surprise the Sibylla has a 75 kwh battery. The Tesla Model S is equipped with 100 and 75 kwh battery packs for one. The idea of an EV supplying energy into the grid is also the objective of other EV proponents.

While the Sibylla is about clean energy, it doesn’t compromise when it comes to appearance. The styling is reminiscent of the 60s and 70s cars that Giugiaro had previously designed. Named after Guigiaro’s mother Sibilla, one of the most notable things about it is the glass greenhouse.

The Sibylla has a wraparound front glass/windshield which slides over the hood, providing convenient access inside. This design complements the gullwing style rear side glass. With the automatic glass tinting, the interior doesn’t get too hot.

A close look reveals that the steering wheel touch pad controls and the dashboard comes with several infotainment screens. The front and rear seats are designed for comfort, and there is additional storage space at the back.

In terms of style the Sibylla is categorized as a luxury saloon concept. With its striking rear lights, coupe style roof line and the glasshouse, analysts say it offers a contemporary interpretation of the classic cars that Giugiaro made.

The aesthetics alone make the Sibylla unique, but it also packs a lot of power. The greenhouse not only looks good but also means an A pillar is no longer necessary. An A pillar is supposed to make it simpler to get in these types of cars, but that’s not needed here.

The photosensitive nature of the Sibylla glass is what enables the auto tint feature. From what we know of the car it sounds promising, though it is unsure if this will ever hit the road.

The Sybilla does not make its debut until the 2018 auto show in Geneva, but we do know some things about its development.

Just like the Techrules Ren, the Sibylla was developed in joint partnership with a Chinese company. GFG Style worked with Envision on this project and observers say this is a partnership that makes sense. Envision has the biggest IoT (Energy of Internet of Things) at 100 gigawatts.

Not only does Envision have tremendous energy assets, but it is also one of the biggest turbine manufacturers in China. The turbine power of the Techrules Ren was also obtained from a Chinese company as well.

What GFG Style has in mind is not just another electric car. It is one that is fully compatible with the electric grid. This much was confirmed by GFG and Envision in a press briefing. In the press conference, the two companies said the Sibylla marks a milestone when it comes to integrating a vehicle in energy systems.

There is still a lot of details about the Sibylla that are being kept secret. But what is clear is that it is more than a car, but one that’s capable of producing energy and work with an electric grid.

The EnOS platform is the gateway to different charging corporations, and when electric vehicles are embedded in the system, AI (artificial intelligence) can come into play. Using AI it becomes possible to learn where and when to charge an EV. With the same platform it can be determined when the grid needs extra energy and for home powering.

If an electric car like the Sibylla gets full integration with the EnOS or other energy systems, it will make a huge difference in terms of energy use and development.

When the Sibylla is unveiled in Geneva it will be paired with the Chevrolet Corvair Testudo. The Testudo was designed by Giugiaro in 1963 when he was 24. looking at the two cars it is evident the Sibylla was inspired by the Testudo, in particular the low, long profile and the glass canopy.